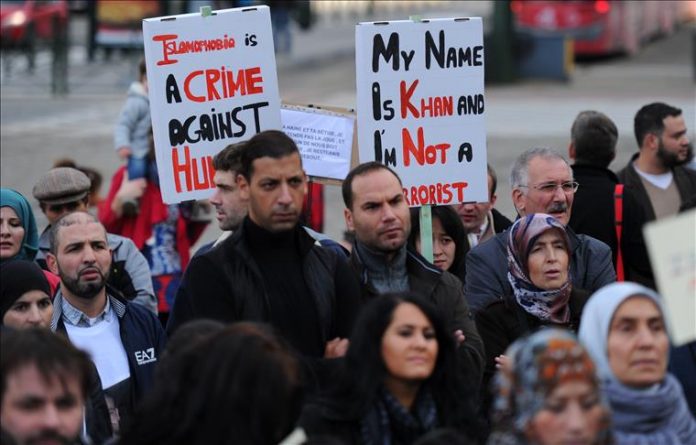 In the last two years, the corona pandemic has managed to ensure that pedestrians are no longer constantly being approached unsolicited by religious awakeners in the large cities of Europe. Unfortunately, the revival theologians have too often been supplanted by esotericists and opponents of vaccination.

Still, as soon as the sidewalks can be used a little more, questionable religious leaders are out and about getting their message out to the people. This also increasingly includes Islamist groups that are tactically clever in hiding their real goals.

The pedestrian zone of an Austrian city: Corona feels like it is on retreat, the association has set up an information stand opposite the city’s main church. Four friendly women in Islamic correct clothing take care of interested passers-by and advertise their youth work. “We are part of the city. We convey education and democratic values to our young people,” explains one of the women, who introduces herself as a primary school teacher.

The association, which has been particularly active in Germany in the past, received a total of 180,000 euros from the “Live Democracy!” program between 2017 and 2019. His declared goal: “To sensitize multipliers to Islamist attitudes and attitudes among young people.”

“Live democracy!” According to the government, this is a program that is unique in Europe and is intended to win young people over for freedom and the rule of law and to arm them against hostility to democracy. Funding projects to prevent religious radicalization among Muslim young people have already been criticized – for example because of doubts about their sponsors, 2016 for example an association close to the Muslim Brotherhood.

There are also doubts about the association’s program with its street stands in Austria, Germany, France and the Netherlands. Because although the association did not mention it in its funding application and does not mention it publicly in any other way, it is religiously motivated and belongs to the Gülen movement. The network of Islamic preacher Fethullah Gülen is known in Europe because the Turkish government under autocrat Erdogan blames it for the failed coup in 2016. Since then, supporters have been persecuted, thousands are in prison. And many fled and got asylum. The women at the information stand do not deny that their association belongs to the movement. However, they claim that their educational work has nothing to do with religion.

Religion is superior to secular systems like democracy, says one text

A policy paper by the association speaks against this. In its “Handout for practical youth work” it gives an insight into its normative values: “Religion deals holistically with the nature and life of people. Secular systems, on the other hand, are subject to constant change. They can only be found being judged in relation to the times they dominate,” it said. After this juxtaposition, the text continues: “The belief in one God, the afterlife, prophets, revelations, angels and predestination, on the other hand, are not subject to change. (We) must not lose sight of the fact that democracy is not a measurable quantity that religion, on the other hand, provides immutable rules and values for human life.”

Here the eternal, superior Islam, there the ephemeral, inferior democracy? This is probably an understanding of Islam that governments in Europe want to prevent rather than encourage. “The conviction that divine rules are eternal, unchangeable and that all social concerns can be regulated with them shows a literal interpretation of Islamic sources,” says a prevention expert in Vienna. “For me, that is a clearly Islamist position.”

The school teacher, who promotes the association in the pedestrian zone, finds the text harmless: “It only says what is,” she says – and underlines that praying five times a day is mandatory in her circles so that you don’t get into hell. The teacher is in line with the author of the chapter mentioned above, she not only writes about the Islamic religion, she also runs a association’s daycare center in Germany and has started work on the project. She does not represent an individual opinion, in her footnotes she always names Gülen himself and his followers.

Apparently, the public sector does not have a clear picture of the association it supports. The flow of money from the German Ministry for the association has now been stopped, but one federal state in Germany has continued to promote it. Around 52,000 euros from state funds were approved for the continuation of the project, and every year 560,000 euros in operating costs are financed for the club daycare center with 65 children. Other sources are bubbling up too. Another state institution donated 145,000 euros to the association for the years 2019 and 2020, among other things for art projects, youth coaching and a memorial site trip.

For years, the movement’s educational work especially in Germany, France and the Netherlands has included specific religious instruction for children and young people in addition to its own day-care centers, schools and tutoring institutes. There are prayer hours, Quran studies, lectures. There are video sessions with Gülen sermons, gender-separated camps, moral character-building projects. Assuming fundamentalist goals across the board for every offer would not do justice to the commitment of the network. However, it would also be inappropriate to acquit the movement’s educational initiatives in general of this suspicion. “Anyone who condemns ‘illegitimate tendencies’ and ‘perverse desires’ in young people, as happened in the association’s brochure, does not accept any life plans outside the heterosexual norm,” says an Islam expert.

Islam as better democracy and decisive morality – this message presumably hardly enables young Muslims to stand up for freedom, self-determination and co-determination. But Gülen associations apparently manage to hide their stance from state sponsors. The diffuse ramifications of its networks help in this.