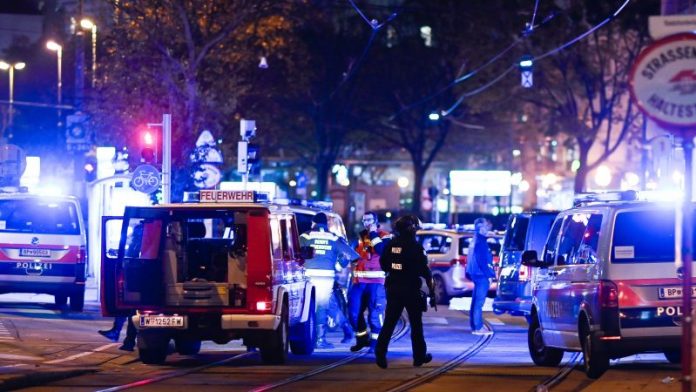 In a terrorist attack in downtown Vienna on November 2, four civilians – two men and two women – and the alleged perpetrator were killed. 17 people were injured, including a 28-year-old police officer. The attack started around 8 p.m. in Seitenstettengasse, near the main synagogue of the Jewish community in Vienna, followed by a total of six crime scenes in the city center. The police shot the alleged assassin.

The alleged perpetrator was a sympathizer of the IS terrorist militia, equipped with an assault rifle and a dummy explosive, said Interior Minister Karl Nehammer (ÖVP) at a press conference on Tuesday. Intensive investigations in the perpetrator’s environment are still ongoing.

In the course of the morning it became public that the perpetrator was sentenced to 22 months in prison on April 25, 2019 for attempting to travel to Syria to join IS.

According to the Vienna police, whether or not there was one or more other attackers, is still the subject of the investigation. At a press conference with the interior minister and the police chief on Tuesday afternoon, however, it was announced that it was probably a lone perpetrator. According to the authorities, the attack was very well prepared. The terrorist was armed with weapons.

The act of terrorism extended to six crime scenes. The first shots were fired in Seitenstettengasse, in the immediate vicinity of the synagogue. In a “temporal context”, according to the police, there were incidents at another five inner-city locations, all of them in close proximity to the starting point. According to Harald Sörös, spokesman for the Ministry of the Interior, the other places were Morzinplatz, Salzgries, Fleischmarkt, the Bauernmarkt and Graben.

The background of the attack was unclear for a long time. Interior Minister Nehammer confirmed an Islamist background early on Tuesday. The US company SITE, which specializes in monitoring Islamist websites, had already quoted a jihadist on its website in advance of the alleged attack in Vienna: “Jihadist says the attack in Vienna is ‘part of the bill’ for Austrian participation in the US led coalition,” it said in one sentence.

A video showed dramatic scenes from Seitenstettengasse. A man armed with a long gun runs down the alley and shoots a man standing in front of a pub, who then collapses. Shortly afterwards, the perpetrator returns and shoots a second time at the man lying on the ground with a pistol from close range.

In the course of the investigation on Tuesday, the apartment of the alleged assassin was searched. More ammunition was found there. At the same time, the police carried out house searches on contacts of the assassin. The Vienna police have now confirmed that there have been another 14 arrests from this group.