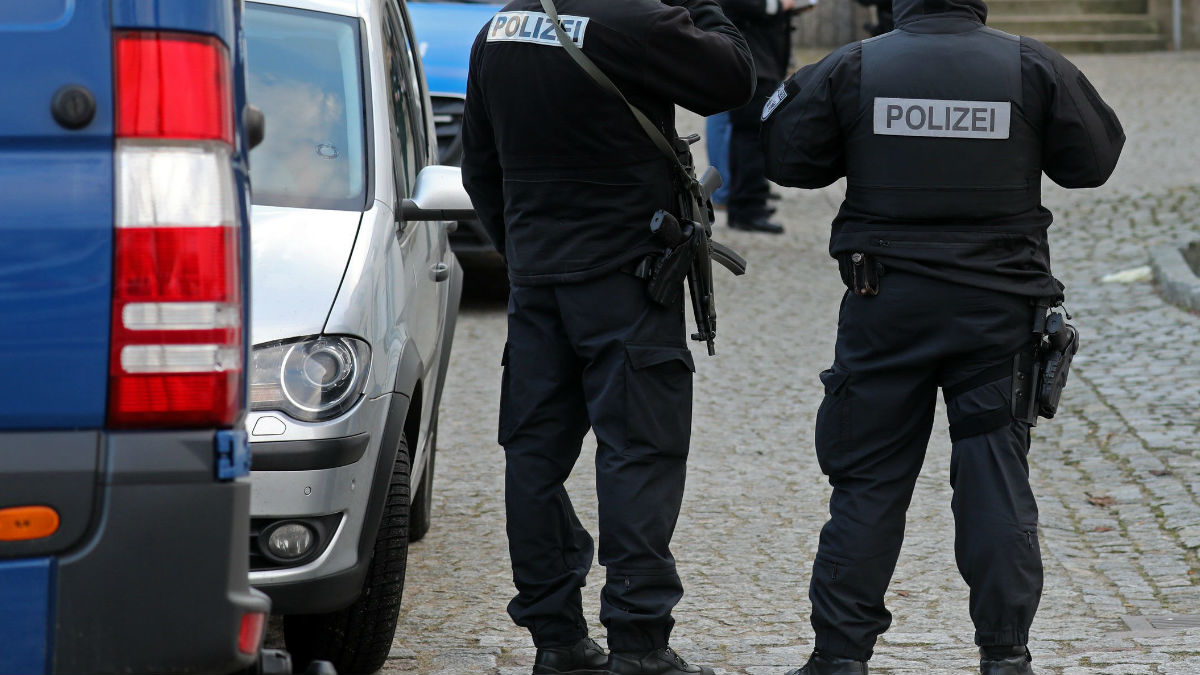 The Federal Attorney General arrested four terrorist suspects from Tajikistan in the German state of North Rhine-Westphalia April 15. The four men had entered Germany as refugees and are said to have founded a terrorist organization together with a suspect already in custody on behalf of the terrorist organization Islamic State (IS) to carry out attacks in Germany.

According to the federal prosecutor, the Islamists were targeting US military facilities in Germany and a Western-oriented Muslim. The person and two US Air Force bases are said to have been specifically spied on. A precise date for the attacks has not yet been determined.

Special forces from the state of North Rhine-Westphalia and officials from the police headquarters in Duesseldorf, responsible for the investigation, arrested the suspects in the cities of Essen, Neuss and Kreuztal near Siegen and in the Heinsberg district.

According to NRW Interior Minister Herbert Reul (CDU), a total of 350 police officers were deployed to 13 locations. There have also been missions in Solingen and Wuppertal, among others.

Reul said that the authorities in North Rhine-Westphalia have been monitoring the suspects since the beginning of this year. Of the five suspects, two would be listed as so-called endangers. “Today’s measures show that the dangers of Islamist terrorism for Germany and North Rhine-Westphalia are by no means averted,” said the CDU politician. Alongside right-wing extremism, Islamism remains the greatest threat to the free and democratic basic order.

According to the federal prosecutor, the five men are urgently suspected of joining IS in January 2019 and founding a terrorist cell in Germany. They initially planned to travel to Tajikistan to take part in fighting against the government as part of the armed “Jihad”.

After refraining from this goal, the accused had planned to carry out attacks in Germany. According to the highest German investigative authority, they were in contact with two high-ranking IS leaders in Syria and Afghanistan, from whom they should have received instructions.

The terrorist cell is said to have already had firearms and live ammunition. The accused Ravsan B. is accused of owning instructions for the manufacture of so-called unconventional explosive and fire devices (USBV) and of having bought some of the necessary components for this from an Internet mail order company.

However, attacks were not imminent, a spokeswoman for the Federal Office for the Protection of the Constitution said. “Nevertheless, the case should not be taken lightly.” The raids were said to have been caused by police investigations in NRW.

According to the Federal Prosecutor’s Office, the suspects transferred money collected in Syria to finance their plans in Germany. In order to obtain further funds, the accused Ravsan B. accepted an order worth 40,000 US dollars for a murder attack in Albania. However, the execution failed in the short term.

The accused are to be brought up to the investigative judge of the Federal Court of Justice in Karlsruhe this Wednesday, who will decide on the pre-trial detention.