A decade after the outbreak of the Arab Spring, how can one read the Islamists ’experience in power? What has changed in the people, and what have they changed by themselves? Has the experience of authority eliminated the utopia of Islamic political currents and exposed their impotence and weaknesses in their competencies? Doesn’t the exercise of authority require more technical and skillful than it does for those who have made themselves God’s shadow on earth?

In the midst of the constitutional debate that followed the overthrow of the regimes, especially in Tunisia and Egypt, it was interesting the change in the position of the currents of political Islam. They have transformed from organizations that espouse radical, comprehensive change, to reform movements seeking to participate in government under democratic civil systems.

The currents of political Islam that rode the wave of the Arab Spring were intended to make the situation in their favor, but the opposite happened, when the currents found themselves subject to change. Perhaps the constitutional reform that the rest of the political factions wanted, including partners in the revolution and others, was what curbed the Islamists in the Arab Spring.

January 30, 2011 witnessed the first show of power by the “Ennahda” movement, when thousands of Tunisians came to Carthage airport to welcome Rached Ghannouchi, the movement’s leader, who returned to his country after 22 years of exile.

The coded message he carried seemed strange at the time, given previous statements made by the Ghannouchi spokesman, in which he confirmed that Ghannouchi  “will not run for any political position.”

These statements were soon dispelled, on 23 October 2011, the first elections were held in Tunisia, and Ennahda movement went out with full force, and won the majority of the Constituent Assembly of Tunisia.

However, the road that appeared to be covered with roses in front of the dominance of Abdelfattah Mourou’s movement on the political scene quickly turned into a bumpy road. The “Ennahda” movement suffered a setback in the second election test, declaring the difficulty of penetrating the political Islam project in the republic with secular traditions.

This reading in the Tunisian scene did not satisfy the theorists of the Ennahda movement, who considered that what happened reflected a general law relating to bearing the burdens of governance with all its challenges and dangers in the post-revolution period.

Egypt between religious fundamentalism and military

A year and a half after the overthrow of President Hosni Mubarak, Mohamed Morsi assumed power in Egypt in June 2012, following relatively democratic elections. But Morsi will not enjoy power for long. A year after that, part of the Egyptian youth returned to the streets again, this time against the MB.

Kamal Habib, a researcher in Islamic movements affairs, explains this reversal of the situation that the period of the MB’s rule shook its image.

“there was no capacity for Diligence in the MB, so the group relied on the old references of Hassan al-Banna and Sayyid Qutb, and this ancient heritage no longer answers questions The modern generation,” Habib says.

“This experience exposed them, as they did not present an alternative economic or political project, rather it turned out that they were only interested in gaining power,” says Hadi Wahhab the Lebanese researcher .

After that, the situation developed dramatically, as it reached its climax in July 2013, when Defense Minister Abdel Fattah al-Sisi overthrew President Mohamed Morsi and brought him to trial.

The above narrative illustrates how the experience of governance brought the MB’s relationship with the Egyptian army into an existential battle, based on the fact that the country cannot accommodate both of them and that neither one of them will have power unless the other is eliminated.

Is it possible now to say that the iron fist, which the Egyptian army deals with the MB, has succeeded in eliminating the group once and for all?

“I do not think that the organization has ended,” but “it is difficult for them to appear in public under the Egyptian regime, in its current state,” Mostafa Kamel El-Sayed, a professor of political science at Cairo University answers.

Even if there are those who claim that the MB’s failure to rule, for example, is caused by “the pivotal transformation in the group’s stable course since its inception in 1928, that is, by the MB’s participation in the revolution against the Hosni Mubarak regime.”

This transformation will be the cause of the awareness that defeated the MB when they were unable to find a theory of governance without their first references, so the people did not accept that from them.

The state of separation from society will pragmatically push the Islamists to put their references on the shelf and accept to work according to the prevailing rules. The Moroccan JDP, for example, did not hesitate to reverse its previous positions. Days after the inauguration of Abdel-Ilah Benkirane as Prime Minister, his colleague in the party, Muhammad Yateem, hastened to assert that the Islamic government would not impose a strict moral order on citizens, nor would it prevent people from drinking alcohol because these are matters of faith and personal convictions.

The bottom line: Islamists in power … is the alternative worse?

The arrival of the Islamists to power in Egypt and Tunisia was a negative reaction against the Mubarak and Ben Ali regimes more than it was a conviction with their electoral and political project. As a result, the countries covered by the Arab Spring and ruled by Islamists entered economic and social crises more dangerous than those they inherited from previous regimes. Perhaps with the exception of the Moroccan JDP’s experience, which achieves respectable economic results at the level of major economic balances, as it benefited from a Moroccan specificity based on change in light of continuity. In addition to the presence of guarantees at the palace level that helped reassure local and foreign businessmen. The palace also added to the governments of Benkirane and Othmani with the competencies from the world of economics.

Perhaps this is what prompted Benkirane to say: “I have said to Moroccans clearly since His Majesty the King appointed me, if Moroccans are looking for a prime minister who clashes with their king because of his powers or otherwise, then let them search for another.” 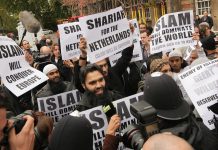