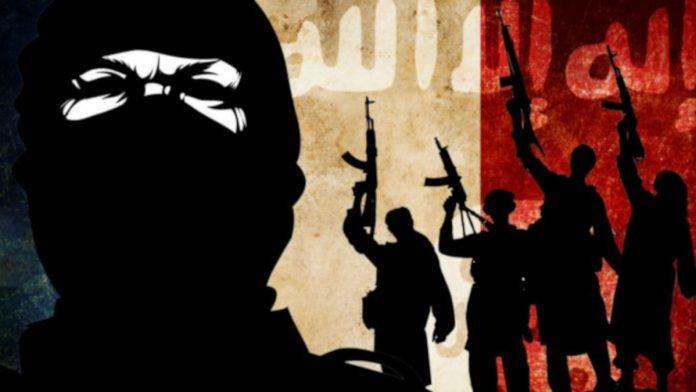 The new book by the French intellectual Pascal Bruckner on political Islam is a collection of essays and, in their analysis, a clear position on the debate following the Islamist-motivated murders in France. “The imagined racism. Islamophobia and guilt ”, is the provocative title of the book by Pascal Bruckner, who may frighten many anti-racists in our EU countries.

The French writer and essayist Pascal Bruckner, an advocate of secularism, universal human rights and Enlightenment, deals with radical Islam.

“To ruin the expression Islamophobia, to delegitimize it, to spread doubts and discomfort it, to put it in quotation marks and thereby weaken it is the aim of this essay,” Bruckner says.

After the murder of Samuel Paty in France and the terror attacks in Vienna, there was a discussion in left EU circles, also in Austria and Germany, about sympathy for the movement of Islamism. For Bruckner the answer is clear: “What kind of strange spectacle are we attending?”, he writes. “You can see how former ‚church-eaters‘ go to their knees in front of the Islamists.” The left-wing radicals in the West and political Islam are inspired by the same spirit of reckoning with the existing system, he claims. His thoughts might be a role model for civil and political actions against the legalistic Islam, which is undermining not only our societies in Europe, but also tries to delegitimize the life of many Muslim communities here by claiming that they are not real Muslims.

A raid of Austrian police against the Muslim Brotherhood and islamists could prove again the strategy of those groups, playing with stereotypes and comparison with the Shoah when criticizing state actions against radicalized groups and the increasing influence of hate-preachers in our Western societies.

One example ist the controversial Salzburg political scientist Farid Hafez. On the website of the Bridge Initiative of Georgetown University (Washington DC), he published a text in which he shared the raids on suspected Muslim Brotherhoods carried out two weeks ago as part of “Operation Luxor” with the Nazi pogroms on September 9 November 1938 and the repression against Muslims in Xinjiang, China.

Hafez was already criticized in the past, because his un-scientific annual „Islamophobia Report“ was financed through SETA, an Erdogan-controlled think tank in Turkey. Hafez was also actively involved in the raid, where his mobile phone was confiscated.

Even the author of this article agrees that the proposed law against the political Islam might violate the constitution and EU-values, a critical view has to be fact-driven. Instead, Hafez and many of his supporters, some parts of the Left included, use arguments that underline the „role-model of victim“, playing with terms that compare the Western fight against Islamism and its key-supporters like the Muslim Brotherhood with the genocide of the Shoah.

With the proposal to make political Islam a criminal offense and by questioning Muslims about their religious convictions, “the federal government is undermining the credibility of its Kristallnacht commemoration,” says “Islamophobia” researcher Hafez, who also writes that the government “already clearly going in a totalitarian direction.“

Another, quite often used argument by the EU-wide acting lobbyists of a legalistic Islam is that any criticism is said to be an insult, every critical word about Islam is put under suspicion of racism: “We stigmatize as soon as we address a problem … The abhorrent habit of defining oneself through one’s origin, one’s identity, one’s beliefs is established everywhere.”

The expression “Islamophobia” has become part of a global vocabulary. A victory for the Islamists, because the term confuses the persecution of believers, which is clearly condemnable, and the criticism of religion as it is practiced in enlightened societies.

Criticism of religion has already been sidelined in current political debates. The culture of debate, which is characterized by doubt, skepticism, quarrels and questions, is lost where dogma replaces discourse, where heretics has become a means of political debate.

Muslim Brotherhood, Islamists and the so-called „legalistic Islam“ is on the advance right now, even – unknowingly – supported by the EU institutions: “37 years after the Iranian revolution, Islamism is hoisting its flags everywhere, spreading his customs and conquering the hearts of a majority of believers.” A political ideology that is extremely repressive not only externally against non-Muslims or liberal Muslims, but also internally and especially against women and girls.

So how do you deal with a political Islam that is wild, deadly, unpredictable? Above all: Shake hands with liberal Muslims, support them, says the intellectual Bruckner. And public debate on Islamist networks, their interdependence with “charities” and the flow of money from abroad, together with Muslims, who in their majority see the same problems increasing as Westerners do. All of this requires an unwavering political will that does not allow itself to be intimidated by the legal guerrillas and the attacks.