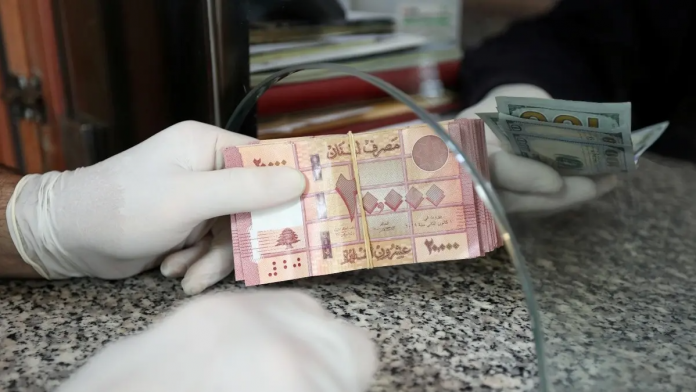 Lebanon also knows how threatening exponential growth can be. The country is at the beginning of a third wave of corona infections. The hopes of being able to curb the infection by vaccinations are low: After parliamentarians and people close to President Michel Aoun have illegally secured vaccination doses, it is now the turn of the population – but more than 4,000 syringes per day are currently not being administered, says Firass Abiad, head of the Beirut University Hospital. Lebanon has a population of around 6.8 million – “so we haven’t even reached one percent of the population so far”.

Nevertheless, it is not the soaring number of infections that is currently causing most worries in Lebanon. The curve showing the exchange rate of the local currency against the US dollar is even more threatening: the graph, which has been showing a massive decline in the value of the Lebanese pound for months, has shot up almost vertically since the beginning of last week. At the beginning of March, foreign exchange traders were still charging 9,700 pounds for one dollar, at the end of last week 10,000. Last Monday and Tuesday, the currency fell almost every hour: 13,000, 14,000, 15,000 – the half-life of the negative records was getting shorter and shorter.

What this means for the population could be observed in shops: many were besieged on Tuesday, and Lebanese panic buying tried to stock up before they could get even less for their money. Since December 2020 alone, food prices have risen by 402 percent. In some places the situation got out of hand and looting took place.

Other shops didn’t even open because the operators simply couldn’t get any more goods: Lebanon has to import almost all goods, which is becoming more and more difficult due to the collapse of the currency. The pound, the rate of which the central bank tried to keep artificially stable for a long time, was worth almost ten times as much as the dollar at the end of 2019.

But then the pyramid scheme, with which central bank chief Riad Salamé tried to lure foreign currency into the country, collapsed. The government had allowed the country’s banks to pay investors enormous interest rates, but now it was broke. In addition to finance, there was the Covid crisis, and finally the explosion of the Beirut port in August, which destroyed tens of thousands of livelihoods. The government of Prime Minister Hassan Diab resigned – and is still managing the misery seven months later, because Diab’s designated successor Saad Hariri has not yet succeeded in forming a new cabinet.

Today the once so self-confident Diab operates from his private apartment. It is not so much the road blockades set up by angry demonstrators that prevent him from going to his office than death threats, as he told the Financial Times. Every week that the country has to wait for a new government is like a lost year in view of the reform backlog: “We are facing an acute financial catastrophe”.

This can also be seen in the salary that the prime minister, who is still ruling against his will, receives: When he took office, it was about $ 7,300 – at the conversion rate on Tuesday evening, the prime minister still receives a little less than $ 740 today.

Diab does not have to go hungry, but many of his citizens do. According to the World Bank, almost half already live below the poverty line, 22 percent even in extreme poverty. Those on the minimum wage only have around $ 45 left today. And although the government decided on a support package for citizens in need at the end of last week, it had to announce new atrocities on Tuesday: Since the currency reserves are falling threateningly, subsidies will be cut. Hardly anyone knows exactly how much hard currency the central bank still holds. According to information from Bloomberg, however, the foreign exchange reserves fell within one year from 25.1 billion euros to 13.4 billion euros.

Not only the citizens, but also state institutions no longer know how to pay their bills. The interior minister warns that the security forces would have to reduce their tasks by 90 percent, the energy minister demands a billion dollars to prevent a total collapse of the electricity supply, which is already only partially functioning.

A parliamentary committee granted him 20 million – then the lights went out on Tuesday even at the only airport in the country. And the army chief warns that he cannot pay his troops for the current year – while at the same time a Lebanese diplomat in a confidential conversation with the SZ outlines a coup as one of the last possible solutions.

Even with the settlement of smaller amounts, there are considerable problems, as the German company Combi Lift had to learn: The Bremen company has secured more than 1000 tons of highly toxic chemicals that were discovered in the Beirut port after the explosion. The two million euros that were guaranteed to him in the contract signed in November were not paid even a month after the work was completed, so the 52 containers of chemicals are still in the port.

On Tuesday evening, the Lebanese government opened a “Letter of Credit” that secures payment. “It really took a long time,” says Felderhoff laconically. Now a ship is on the way for collection – at least in this regard, the risk of explosion in Lebanon is decreasing.