Turkish Ministry of Foreign Affairs announced on Feb. 8, that Mevlut Cavusoglu, the Turkish Foreign Minister, will start a tour in Qatar, Oman and Kuwait, on Tuesday.

Turkish Ministry of Foreign Affairs’ statement confirmed that “the tour of Cavusoglu will last until Feb. 11, as the minister will meet his counterparts and other prominent officials in the three countries, as well as Turkish businessmen and activists.”

His visit follows reports that the UAE and Saudi Arabia are currently considering improving relations with Turkey, which could benefit trade and security in the troubled region.

Bloomberg Agency reports that these moves depend on Turkey’s adherence to lift its support for the Muslim Brotherhood (MB). The MB is classified as a terrorist organization in a number of Arab countries, including Saudi Arabia and the United Arab Emirates, as well as Egypt. Bloomberg notes that these moves are temporary, taking in consideration the long-standing tensions and the struggle for influence in the region between Ankara and both Riyadh and Abu Dhabi.

“Turkey and the UAE have discussed removing trading barriers,” Bloomberg reported a Turkish official as saying. The official stressed that “those initiatives encouraged a final decision to resume flights between both countries, which flights had been halted due to the Corona pandemic.”

Motlaq al-Qahtani, Special Envoy of the Qatari Minister for Foreign Affairs to combat terrorism, had earlier expressed his country’s willingness to mediate between Turkey and Saudi Arabia.

The 41st Gulf summit in Saudi Arabia has witnessed the announcement of ending a Gulf crisis that started in 2017 between Qatar, Saudi Arabia, the United Arab Emirates, Bahrain and Egypt.

Since June 2017, Saudi Arabia, the UAE, Bahrain and Egypt have imposed a land, air and sea blockade on Qatar for its support of terrorism. Doha denied the accusations, considering them as an attempt to undermine its sovereignty and independent decision. 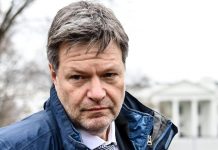 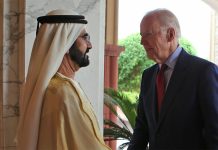