The Libyan Case: Road to Sirte

The Libyan Case: Road to Sirte

No doubt that all people in the Arab world wish the war to come to an end in Libya and its people to live peacefully and safely.

The Libyan people’s nature is still pure and has not yet been contaminated; the Libyan personality enjoys the morals of Bedouins, not affected by contemporary materialism.

History is a witness that the Libyan personality is stubborn and persistent, and always reaching its goals.

History has witnessed the defeat of the most arrogant invaders in Libya. From Jaghboub, the Libyan resistance had emerged by Sheikh Omar al-Mokhtar against one of the strongest armies at that time, creating an epic that impressed the far and wide.

The simplicity, spontaneity and purity of the Libyans defeated the Italian colonial dictatorship, the simple rural sheikh Omar al-Mukhtar won against the experience and skill of the Italian leader Graziani. The Libyan simplicity triumphed over the tremendous sophistication of the Italian army. The purity, serenity, stability and stubbornness of the Libyan character had the greatest role in this victory; thus, the Libyan resistance won the admiration of the whole world.

Once again, the Libyans rose against one of the longest-lived Arab dictatorships; they rose up against General Moamar al-Gaddafi and managed to end a dangerous phase of the Libyan history.

They have proved that Gaddafi’s long decades of tyranny could not distort the spirit of the Libyan character; the Libyans have ended an era that was critical for the whole world.

Today, the Libyans face a new challenge, it might be the most dangerous in Libyan history. This challenge foreshadows woes on Libya and its Arab neighborhood and threatens the EU security.

The Libyan war has come to an end, after the failure of the General Khalifa Haftar in realizing his project. Like any other military figure, his military way of thinking has eliminated a project that promised the Libyans with a different ending and brought a project that ruined our hopes for ending the Libyan war.

The project of the National Accord Government contains immense evil for Libya and its neighbors, an evil that we have already suffered from the in the Arab region; an evil that leaves nothing behind but ruins, destruction, backwardness and defeat.

The threat of political Islam, represented by al-Sarraj’s government, is not confined to Libya, it extends to the neighboring countries. The victory of political Islam is considered as a significant threat for stability in Egypt.

In Tunisia, a developed and enlightened country compared to its Arab neighbors, the Renaissance Movement has reached power, and it is the bright side of political Islam in the Maghreb countries. The arms of the Turkish Sultan, who is planning, in the name of Islam, to control the resources of Libya, pressure Egypt, support the Renaissance project in Tunisia and challenge the Europeans from the south, have reached Libya. Presumptuous Erdogan is now proud of a victory that might cover his mistakes in Syria, Egypt, and the Arab Gulf. The Turkish crescent has become bigger, and it surrounds Europe from the east and south.

In the following papers, we will touch on the danger of political Islam in Libya, and the danger of having a base for the Ottomans there. Then we will understand, where Libya is going. This does not mean that we support General Haftar’s scheme, we will just strategically read what the road to Sirte will bring. 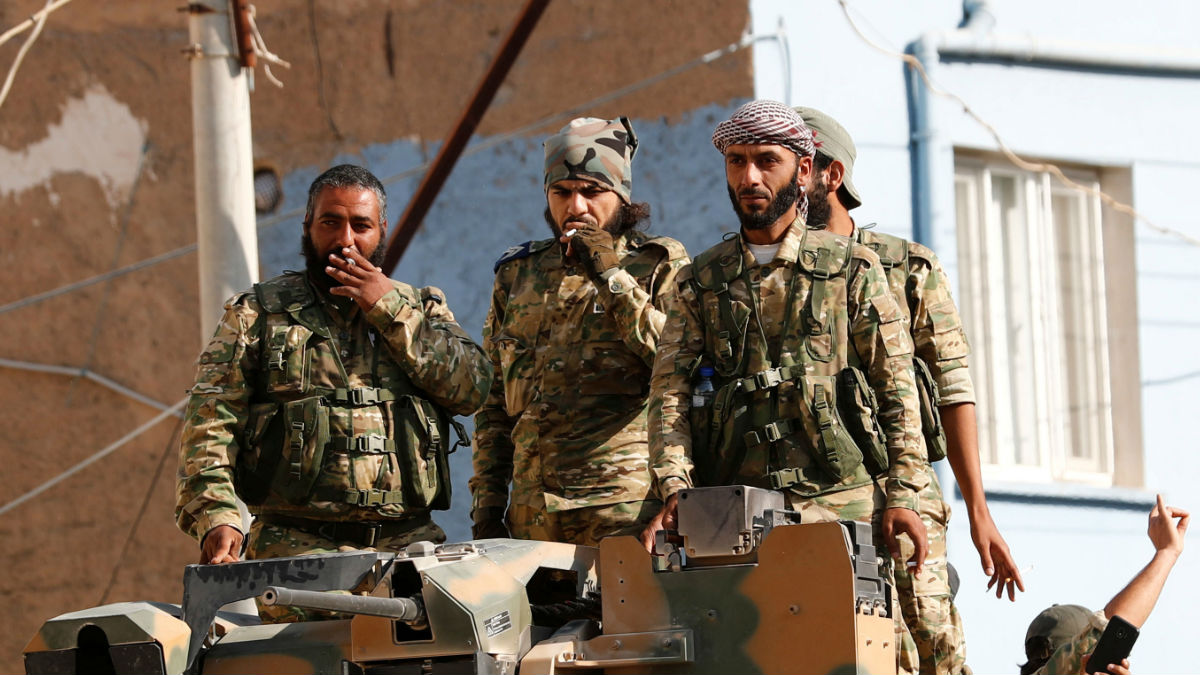 If a Turkish-Egyptian war takes place … the balance of power will focus on two armies
Tags: Libya
No Result
View All Result