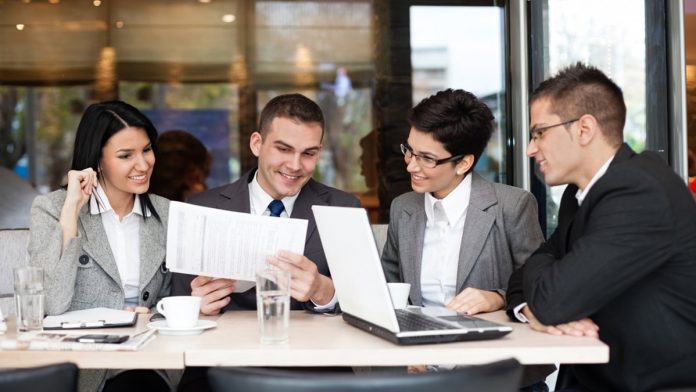 Since the 1990s, the proportion of so-called migrant businesses has been increasing throughout Germany. Migrant companies have become a central pillar of the local economy and society. They make an important contribution to economic modernization by increasingly founding in the field of knowledge- and technology-intensive services. In doing so, they create new jobs and, measured by their share of the economy, on average offer more training positions than German companies. They more frequently introduce regional market novelties and act as knowledge brokers, contributing to the diversity of the regional knowledge base. However, the potential and functions of many migrant businesses, especially in the retail and service sectors at the local level, are also important. In small and medium-sized cities, which are often characterized by migration, these entrepreneurs make a contribution to maintaining local supply and form the basis of the socio-spatial infrastructure. In metropolises and large cities, they shape the cityscape, especially in retail, and can become magnets for customers and visitors.

Successful entrepreneurs with a migration background now play an important socio-political role: They contribute to ensuring the social participation of people with a migration background, contribute to the integration of ethnic communities by establishing local diaspora structures and thereby becoming the linchpin for many questions of orientation. They take on a representative function for immigrants and help other migrants to integrate into mainstream society.

As a result, the diversity and potential of migrant entrepreneurs play a major socio-economic and cultural role in Germany. Irrespective of this potential, there are also a number of challenges in addressing, promoting and (founding) advice for migrants in politics, administration and science.

Facets of migration-related entrepreneurship in Germany

While in the public debate different facets of entrepreneurial activity by migrants are summarized under the umbrella term migrant entrepreneurship, it is easy to see that this is neither a homogeneous group of people nor a monocausal economic phenomenon. Contrary to the traditional narrative that the companies run by migrants are kebab shops or Italian pizzerias, from an evolutionary point of view this part of the German economy is already in the third or even fourth generation of immigrants and has left behind the narrow field of gastronomy and retail (to which it was never limited) long ago, Biontech in Mainz is just one example.

The first-generation immigrant entrepreneurship, which was never able to fully establish itself in the German-speaking debate, was relatively quickly replaced by the broader conceptual understanding of immigrant entrepreneurship. In addition to the generations of migrants subsumed under this term with varying qualification levels, cultural backgrounds and founding motives, this group has also been included for some time now migrants who migrate to Germany for the purpose of founding a company or who start their business in Germany and run their company remotely. In addition, there is an increasing divergence between self-perception as an entrepreneur and the attribution as “migrant” entrepreneurs, especially with regard to the second and subsequent generation(s) and start-up immigration. There is therefore a need for a greater awareness that such an attribution as an analytical category can prove to be useful in order to examine specific aspects, but at the same time runs the risk of “labelling”, of reproducing old narratives and thus perpetuating them. With the aim of approaching the economic phenomenon of migrant entrepreneurs normatively, we propose a differentiation between the personal characteristics of the entrepreneur and the characteristics of the company.

In order to utilize the economic and social potential for municipalities and regions, it seems necessary to leave the perception that migrant entrepreneurs are exclusively a vulnerable group. Rather, the entrepreneurs are important players in the local ecosystem. In concrete terms, this means that instead of understanding migrant entrepreneurs as just an instrument of labor market integration, which consists of emergency start-ups, as in the past few years, more attention should be paid to opportunities and economic potential in the future.

A key success factor for exploiting the entrepreneurial potential of migrants is the design of the local ecosystem. This involves the question of how inclusive the ecosystem already is, to what extent it represents the economic structure at the location and where deficits might be. With regard to the latter, the conception and implementation of tailor-made instruments to activate migrant entrepreneurs/founders can prove to be expedient. In addition, it can be expected that measures to promote cross-actor exchange within the ecosystem will help to exploit the entrepreneurial and innovative potential of entrepreneurs. Making successful entrepreneurs visible can also act as a role model for future generations and entrepreneurs as a whole.

Careful with labels and generalizations

On the one hand, the use of a categorization can be viewed as discriminatory and as cementing the label to the respective category. On the other hand, for policies without specific criteria and categories, promoting specific types of entrepreneurship becomes impossible due to a lack of identification. Policies need to reduce untapped entrepreneurial potential by taking a deeper analytical approach that understands the pathways to sustainable entrepreneurship and economic empowerment of people with a migrant background, and in particular the often-ignored potential of women.

In addition, populist and one-sided views of migrant entrepreneurs on the part of the population can generate political and social location factors that make an environment unattractive for investors and entrepreneurs with a migrant background.

In the current debates, reference is often made to the importance of the so-called pull factors of migration. However, these differ from the entrepreneurial pull factors. Here, policymakers need to strike a legitimate balance that appeals to every subset of entrepreneurs, immigrant and non-immigrant, in a fair and defensible way, because entrepreneurs are the backbone of any economy. Political decision-makers could promote company succession and further facilitate the important job effect of companies with a migration background. Studies have shown how carefully designed policies reduce entrepreneurial bottlenecks related to the formal identity and status of entrepreneurs, thereby improving location attractiveness and competitiveness.

At the moment, the German discussion regarding migrant companies is rather reactive than proactive in developing national responses to global issues of migration, entrepreneurship and economic competitiveness. Discussions in countries such as Canada, China, Portugal or Finland are increasingly focusing on the development of attractive strategies and framework conditions for successful entrepreneurship and the employment of talents that maintain and update economic and social structures. For example, China is dealing with issues such as anti-Semitism in a way that creates a safe and lucrative environment for Israeli entrepreneurs who want to start new businesses in China and invest in the country. Smaller countries such as Portugal and Ireland are discussing how they can attract entrepreneurs in the field of new energy and thus increasingly future-oriented industries are also represented by migrant entrepreneurs.

Explicit support for the start-up efforts of international students

With a view to the start-up activities in and from universities, it is important to activate international students who are potentially willing to start a business and to support them with packages of measures. There is great potential here, especially for knowledge-intensive and technology-related start-ups that strengthen Germany as a business location.