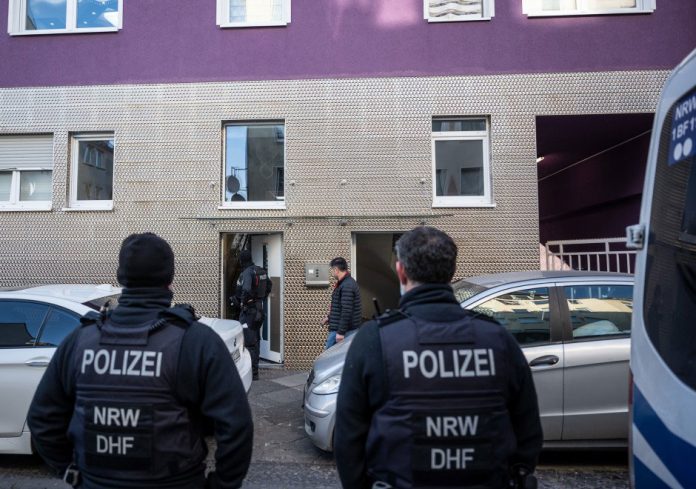 The German state of North Rhine-Westphalia has banned the mosque association Nuralislam, which has played an important role in Germany’s jihadist scene for years. The association was directed against the constitutional order and the idea of international understanding, the Interior Minister said. “What we closed today was an incubator of Islamism.”

During a raid, 150 special police had secured mobile phones, laptops, storage media and a vehicle in four apartments. In addition, an account balance of around 54,000 euros was confiscated. The officials of Nuralislam are close to the ideology of the terrorist organization “Islamic State” (IS) and have passed on their ideology to the mosque visitors. There were also children among the visitors.

Contacts to Anis Amri, the attacker in Berlin

Interior Minister Reulpointed out that a man who was in direct contact with Anis Amri, who later attacked the Berlin Christmas market, was coming and going in the mosque association. His name was Boban S.

The self-proclaimed Salafist preacher with German and Serbian citizenship indoctrinated young men in the living room of his rented apartment in Dortmund – among them Lucas G. The convert later joined IS in Syria under the alias Abu Ibrahim al-Almani, but was killed by Kurdish forces in early 2019.

Boban S. was also in close contact with Abu Walaa, who was considered the governor of IS in Germany and in whose mosque association Amri stayed several times. Abu Walaa, who comes from Iraq, was sentenced to ten and a half years in prison last year after a long trial at a German Higher Regional Court for supporting and being a member of the terrorist organization IS. Boban S. received nine and a half years in prison for supporting a foreign terrorist organization.

According to the government, the now banned mosque association Nuralislam also served as a recruitment center for the Abu Walaa network. Among other things, this network organized the departure of at least seven young men to the IS combat zones in Syria and Iraq.

In the sermons in the Nuralislam Mosque, infidels and those of other faiths were repeatedly incited to hate. A Salafist preacher known throughout Europe has been invited several times. Among Muslims in Germany, the mosque was known as the “ISIS Mosque”.

At Nuralislam, people would have networked, incited and radicalized. The ban therefore was essential. The interior minister said the intervention reduced the risk of future terrorist attacks. “Because even if the Ukraine war and right-wing terrorism obscure the view, the abstract danger posed by Islamism remains high.”