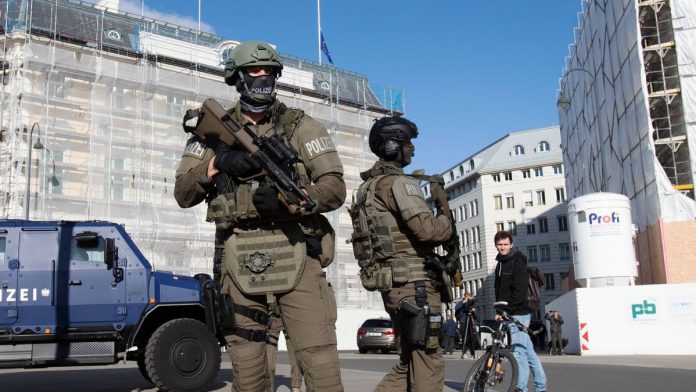 The legal processing of the raids against sympathizers of the Muslim Brotherhood, known in Austria as “Operation Luxor”, is entering a further round.

At the end of 2020, shortly after the November 1 terrorist attack in Vienna, suspected sympathizers of the extremist Muslim Brotherhood were raided in many cities in the Alpine Republic. The action, which has become known as “Operation Luxor”, was not exactly squeamish: special police forces broke into the private apartments of suspects in the early hours of the morning, searched the suspect’s premises, armed and masked, they stood in the rooms of small children. The allegation at the time: The Islamist Muslim Brotherhood in Austria was said to have planned attacks and laundered funds together with Hamas, which is classified as a terrorist organization. The house searches described above were also arranged for this purpose.

The leading public prosecutor in the case is Johannes Winklhofer, he led the investigations into suspected extremists from the Muslim Brotherhood scene and is now also representing the Republic of Austria in the judicial review of “Operation Luxor”. He has been repeatedly branded as a right-wing conservative populist in the robes of the judiciary, a public prosecutor who makes no secret of his anti-Muslim sentiments, not only by the accused, but also by people who keep throwing the keyword “Islamophobia” into the ring of public debate . A Muslim representative associated with the investigation told the MENA Research Center: “If someone takes action against us Muslims, it is clear that they are Islamophobic. The accused have said that they have nothing to do with the (Muslim) Brotherhood. Islamophobia is everywhere here in Europe! Even when we don’t respect the laws and customs here… so what?”

The fact is, however, that Winklhofer was known in the past for his investigations into the Identitarian movement from the extreme right-wing scene, so he certainly cannot be said to have political right affiliation. Nevertheless, there were also setbacks for the public prosecutor’s office in the investigations against the Muslim Brotherhood in Austria: In some cases, the higher regional court in Graz declared the raids illegal, and it was also questioned whether every Muslim Brotherhood can automatically be considered a terrorist, the court questions the fundamental legality of the investigations and dismissed two experts because of the appearance of bias.

In addition to the criminal proceedings, some of the accused have also defended themselves against the accusations on a civil level. Now a whistleblower who testified to the public prosecutor’s office that the suspects belonged to an extremist group has also lost in the first instance in a civil court. He charged them not only before the judiciary, but also in a medium that is close to the ruling conservative ÖVP. Legal warnings and complaints about credit damage against the witness followed, and now he has been sentenced to a fine of several thousand euros for defamation against two suspects. According to the court, the man could not provide any evidence, only rumors for his allegations. Witnesses for the defense of the accused were also not believed, including Mouhanad Khorchide, head of the scientific advisory board of the Austrian Documentation Center for Political Islam. The religious education scientist, who lives in Germany, was also questioned by the authorities as a witness in the investigations into Operation Luxor.

The whistleblower’s defeat in a civil court naturally also has an impact on the ongoing investigation. An ex-public prosecutor told the Austrian daily „Der Standard“ that such a judgment would inevitably be included in the assessment of evidence. “If I were to conduct such a procedure and the Higher Regional Court decided that essential parts of the investigation would not work, then as a public prosecutor I have to look inside myself, ask myself where I stand and whether there is still enough evidence that I believe in,“ said the legal expert in an interview.

So where is the famous „dog buried”? Basically, it should first be noted that the so-called “Operation Luxor” was politically exploited at the latest with the Vienna terror night of November 1, 2020: The failures of politicians and security authorities were to be compensated for with a wide-ranging PR campaign “We are going against Islamists with all severity”, at least a little. The allegations against Chancellor Sebastian Kurz, who has since resigned, that have been made public so far show how he and those around him understood and implemented politics. The extent to which populist politicians used the investigations after the bloodbath of the terrorist and his network cannot be proven.

The “Documentation Center for Political Islam” and its scientific advisory board, which have already been mentioned several times, also play a role here: Even if the government has repeatedly emphasized that they are not an extended arm of the ÖVP-led federal government, this institution has not had much fame so far soiled, but in its statements and publications often seems as if it was only reacting to the acclamation of a certain political force in the Alpine republic. The actual purpose of the institute, at least as the author sees it, namely a civil society discourse on the dangers of legalistic Islam in Europe, has so far only been insufficiently covered.

The public prosecutor’s investigations into the Muslim Brotherhood in Austria, possible connections to the terrorist group Hamas, dubious financial transactions – facts on a European scale, by the way, as various reports from the European security apparatus prove – have demonstrably begun before the night of terror. At the same time, however, the question must be allowed as to why, after November 1, people quickly switched to carrying out large-scale raids, confiscations and arrests that were very effectively published and which were later declared illegal by the courts. In doing so, the police and public prosecutor’s office have done a favor for those they want to fight: Under the cloak of “Islamophobia”, the sacrificial lamb, the representatives of political Islam in Austria can now be sure of support. This comes not only from identity-left circles, but especially from circles of mostly secular Muslims who also want to fight Islamist extremism in general. So here the cat bit its tail!

Legalistic, political Islam is a danger to our society in Europe. Organizations like the Muslim Brotherhood do not act under the banner of their movement, they cannot be clearly identified. That is precisely their strategy, recorded in many internal papers by their chief ideologues. This is not only for tactical reasons, how to gain influence most effectively, with politicians, governments, civil society organizations. Rather, it is also a successful measure to stand up to the rule of law when it wants to take action against you. The results so far in relation to “Operation Luxor” show this clearly.

Is the Muslim Brotherhood a terrorist organization? Since THE Muslim Brotherhood does not exist in Europe, as described above, it cannot be classified as terrorist either. However, Islamic associations and people in Europe who clearly support the ideology of political Islam and also spread it are known. The security organs, but also politics, must finally become active here, apply existing laws correctly and sustainably in order to curb political Islam in Europe. This does not primarily require the suspicion of terrorism. Associations that oppose the basic European order, against the national constitutions, that call for a greater European caliphate with Sharia as the sole legal system, should be banned. It is just as easy with the existing laws to cut off money flows from dubious sources: extremists with money are more dangerous than those without money! If police investigations show that an organization of political Islam is connected to terrorist groups, it should also be banned and those responsible must be held accountable.

However, it does not need populism. European politicians, and especially Austrian politicians, should stop with their symbolic politics, which has exactly the opposite effect: a misunderstood solidarity among Muslims when it comes to political Islam, which promotes the strengthening of parallel societies. Likewise, publicly denouncing the influence of political Islam while courting Islamist autocrats does not cut a good figure. This may bring a few more votes from the Turkish communities in the short term, but it is not effective.

MENA Research and Studies Center - 2022-09-20
In two and a half months, the World Cup will start in Qatar. During a visit, the hosts present a country polished...