Burkhard Freier, head of North Rhine-Westphalia’s „Office for the Protection of the Constitution“ (LfV), testified in the parliament why legalistic Islamists are more dangerous than Salafists in the long term. “For years, the security services in Germany have been warning more urgently about the threats of the Muslim Brotherhood, but that still doesn’t seem to have arrived in politics.”

In its previous session, the parliament’s Committee of the Interior discussed the annual LfV report. Mr. Freier answered a number of questions from the opposition factions, focusing on the increased number of supporters of the Muslim Brotherhood in the German state of North Rhine-Westphalia (NRW).

The number of people in NRW assigned to the Muslim Brotherhood rose from 65 to 250 in 2019, compared to the previous year. This is by far the strongest growth in the area of ​​Islamism and almost quadruples. “We know that the numbers have increased,” explained the LfV director. “We have noticed that many mosques controlled by the Muslim Brotherhood have significantly more visitors.” The use of intelligence resources also contributed to the new findings.

Freier warned again that “legalistic Islamism is more dangerous for democracy and society in the long term than Salafism”. Islamists are called legalistic who, in contrast to jihadists and other violent Islamists, adhere to existing laws, but strive for the long-term goal of establishing an Islamic state based on the rules of the Sharia. The most common strategy used by legalistic Islamists is to infiltrate parties and other social institutions. “They don’t show their goals openly,” explained Freier.

“It was right and important that Mr. Freier put it so clearly. But the LfV is warning about the Muslim Brotherhood for years. And still, it doesn’t seem to have reached the responsible political and administrative bodies,” MENA Study and Research Center’s expert Michael Laubsch says. “It was only last year that German local administrations decided to support new mosques, although at that time it was already known that the sponsoring Muslim associations of those centers were already under surveillance by police and secret service because of links to the Muslim Brotherhood. Ministries invited organizations for officials talks, although they are mentioned in Germany’s security reports as extremist and violate the German constitution. This has to be taken more seriously by politicians, to the extent that politics and administrations must no longer work with these institutions and organizations – also stopping grants for public funds“, Mr. Laubsch says. 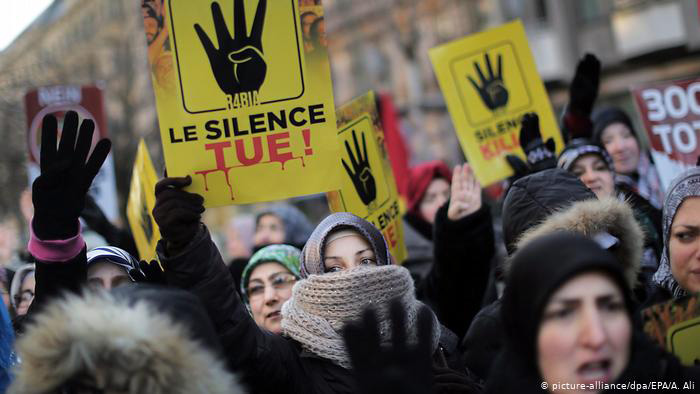