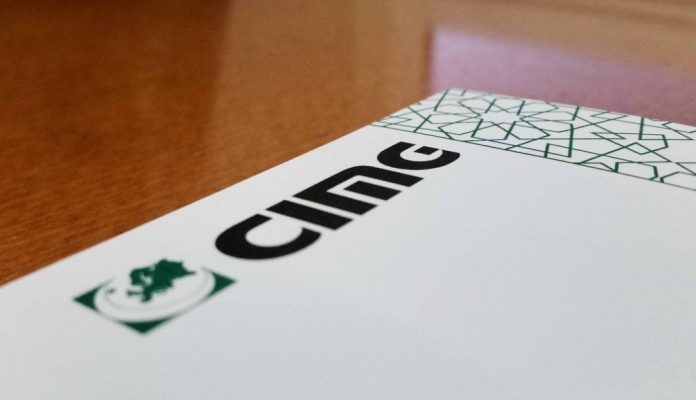 Even Thomas Legrand dedicated a chronicle to the topic on March 25th: the commentator of the most popular public radio station France Inter takes the floor every day with his “édito politique” at 7.44 am. His statements are among the most important in the political debate, and opponents of the left-wing journalist (like many of his colleagues from France Inter) take note of them. Legrand comments on a building in the eastern province that has it all. It is the “Eyyub Sultan” mosque in Strasbourg, designed as one of the largest mosques in Europe, the construction costs are estimated at 32 million euros. Legrand criticizes the fact that the city’s partial subsidization would be instrumentalized in the beginning of the presidential election campaign.

Last Monday, the Strasbourg City Council approved a subsidy of 2.5 million euros for the completion. In general, this is not surprising. In the three departments of the Alsace-Moselle region, the Concordat has been in force since 1802, granting Catholicism, Protestantism and Judaism a role in public life, especially state-paid clergy, religious instruction at state schools, theology chairs. The other religions are not directly affected by this, but fall under the local law on associations: The separation of state and religion does not apply (in 1905, when the Laicism Act came into force, the departments were German), local authorities can finance it, namely ten percent and a fifty-year lease for the building site. In Strasbourg, for example, the great mosque, an Orthodox church and a Buddhist temple have received funding in recent years.

Of course, the Eyyub Sultan case is a special one. The building permit dates from 2014, the foundation stone was laid on October 15, 2017, and construction continued until August 2019. Then work stalled for financial reasons. Under the Green Mayor Jeanne Barseghian, in office since July 2020, the Strasbourg City Council approved a grant. That is the first peculiarity: the funds should actually be approved in advance.

The second is the property developer: it is the Turkish association Milli Görüs, which combines nationalism with Islamism. In Germany, it has at least 30,000 followers and maintains hundreds of mosques and cultural associations. The German Office for the Protection of the Constitution has been observing Milli Görüs for years, criticizing anti-democratic, anti-Semitic ideology and a lack of willingness to integrate. The association only wants freedom of religion to “enforce special rights for Muslims for a life that conforms to Sharia law”. The movement used to be distant from President Erdogan AKP party, but recently the goals of both organizations have coincided.

Milli Görüs is an old friend in Strasbourg: The Fatih mosque in the Krutenau district, founded in 1978 and the city’s first Muslim place of worship, was taken over by the association early on. In 1996 it bought hangars in the Meinau district for religious purposes, the new mosque is now being built in its place. The then socialist mayor Roland Ries, the prefect Jean-Luc Marx, the chief rabbi Abraham Weill and representatives of the Protestant churches attended the laying of the foundation stone. Milli Görüs has known local politics for a long time.

Then, where did the excitement come from? Formal legal concerns are not the reason. It is the property developer who is a thorn in the side of the French government. There is no other explanation for the fact that Interior Minister Gérald Darmanin severely criticized the decision of the Strasbourg City Council in a tweet on Tuesday. In another tweet, he wrote that he had instructed Prefect Josiane Chevalier to refer the case to an administrative court in order to prevent the subsidy. The background to this is the new law against separatism, which is aimed at political Islam and has not yet come into force: it provides for the signing of a “Charte des principes pour l’islam de France”, which Milli Görüs refuses.

Barseghian defended herself last Wednesday in a letter to Emmanuel Macron, also published on Twitter. She points out that Milli Görüs had both a financing plan and a commitment to loyalty to the constitution made a condition – and the signing of the “charter”. She stressed the legality of the decision and the fact that the construction was not a project that she herself decided, it has been going on since 2017, with the knowledge of the central government. The government has not issued any warning since her election, neither the prefecture nor the interior ministry – not even on the occasion of the interior minister’s visit to Strasbourg just two months ago. The return coach came promptly: Prefect Chevalier, known as a strong-willed politician, announced that she had personally repeatedly warned the city administration about Milli Görüs. Syamak Agha Babaei, Barseghian’s first deputy, vehemently contradicts: At no time did Chevalier make such a statement and it is expected that she will prove her assertion.

The subject touches on many sore points. At the national level, Macron is fighting against the propagators of Islamist ideology – finally. In addition, as he emphasized on Thursday without direct reference to Strasbourg, he fears Turkish interference in French domestic politics (presidential elections in 2022). In addition, however, his interior minister positions himself in terms of campaign tactics: He plays the right-winger, stealing votes from Marine Le Pen. Darmanin likes to attack Greens, for example the mayor of Lyon, who wanted to ban meat from his school canteens. Media riot against a green mayor fits into a larger concept that the government is currently sharpening: It is the fight against the “islamo-gauchisme”, the left-wing defense of Islam, whose presence at universities Frédérique Vidal laments. Justified vigilance is mixed with campaign behavior under questionable ideological omens – Legrand’s chronicle rightly emphasized this. It is difficult to see why the state actors do not work together.

The annoyance in Strasbourg is on the one hand understandable: local conditions are kept secret by government representatives, which creates the impression that a green city council would specifically finance Islamists. The incomprehensible reaction of Anne Hidalgo, Mayor of Paris, shows how little “Inner France” (as the Alsatians say) knows about the local understanding of religion. Barseghian also set conditions, including transparency in the origin of foreign funds.

On the other hand, one must accuse the Greens of being hasty and naive. It is not only the entry into an ongoing project at a delicate moment that speaks against them: It seems naive to believe that Milli Görüs would now become constitutional – should the association sign the “charter”, it would be feared that it would only be lip service. Not only was the opposition against the hasty decision, the co-ruling socialists also abstained. And when the green city councilor Jean Werlen defends the project with the words that after all the believers are citizens of the city, the point has been reached where naivety turns into blindness. A city that has produced some of the assassins in recent years cannot afford that.