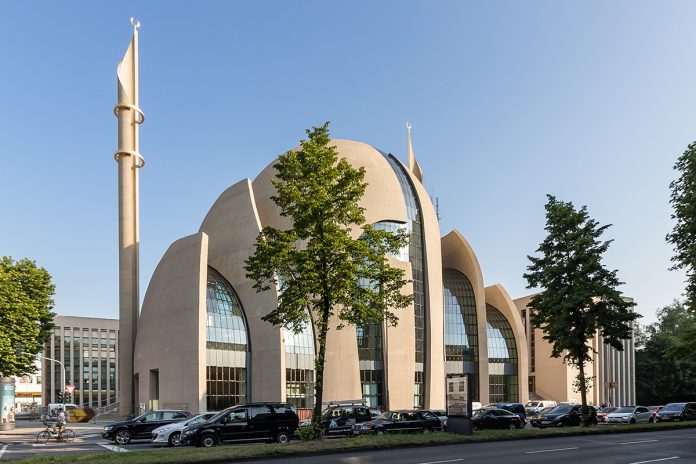 In all European legal texts, parents have the right and the duty to bring up their children. In difficult situations, the child and youth welfare service can support parents, it should “make it easier for young people to interact in a self-determined manner and thus to be able to participate in society on an equal footing”, according to the relevant regulation in the German Social Law.

In Hamburg, such problems are resolved in the State Youth Welfare Committee of the Social Welfare Authority. The government there wants to allow representatives of two controversial Islamic organizations to become members of this committee in an advisory capacity.

These two institutions are the German-Turkish mosque association Ditib, which is closely linked to the Turkish state, and the umbrella organization Schura, which also includes the Islamic Center Hamburg – according to the Office for the Protection of the Constitution “an important Iranian propaganda center in Europe”. From the religious communities, the Catholic and Protestant churches are already represented in the advisory body, along with the Jewish community.

Scientists and experts are already warning: “After years of justified criticism of Islamist organizations dependent on foreign countries, these groups are now to be politically upgraded.” They fear a strengthening of the influence on youth work. “This decision sends out the fatal signal that the threat posed by anti-Semitic and anti-democratic tendencies is not being taken seriously.”

The amendment to the law has not yet been passed by the state parliament, but the Senate’s draft has already been discussed in the responsible committee. The social authority of the Senate justifies its proposal with the different origins and interests of young people in Hamburg. “In view of the thousands of children and young people of Muslim faith who live in Hamburg, the Senate believes that the possibility that the relevant organizations can also work in the state youth welfare committee is quite appropriate,” said a spokesman.

The Schura member Islamic Center Hamburg (IZH) has been observed by the Office for the Protection of the Constitution since 1993. Ditib reports to the Turkish religious authority Diyanet, which in turn reports directly to Turkish President Recep Tayyip Erdogan. Their imams are trained at state universities in Turkey and are paid by the Turkish state.

In 2018 it became public that children had to reenact war scenes in several Ditib mosques. In 2019, after the Turkish invasion of northern Syria, prayers were done in Ditib mosques for Turkey’s victory. Research by the German magazine “Der Spiegel” in January of this year showed that the chairman of the regional association Ditib Nord has recently moved closer to the Turkish government and also to the right-wing extremist Gray Wolves.

A spokesman for Hamburg’s conservative CDU party says: “SPD and the Greens in Hamburg should finally come to their senses and give these actors a clear stop signal instead of courting them at all levels.” The Hamburg State Treaty with the Schura and others Islamic associations was initiated by former CDU mayor Ole von Beust and completed in 2012 by then mayor and current Chancellor Olaf Scholz (SPD). The CDU is now demanding the dissolution of the state treaty.

The Social Democrats in Hamburg are defending the Senate’s plans that Schura and Ditib, together with the Association of Islamic Cultural Centers, can send an advisory member to the youth welfare committee. “Today, the city’s contractual partners know exactly what Hamburg expects from a trusting cooperation, because this was communicated very clearly in the event of problems in the past.” It is pointed out that the Islamic Center is only one of almost 40 Shura members. For Ditib, the regional association has emancipated itself from Turkish influence. “As the SPD, it was always our approach not to talk about each other, but above all to talk to each other.” The Greens point out that only advisory, non-voting membership is planned. “So the influence of these religious communities on the committee is small.” Numerous debates within the Shura “led to a reform process”.

In fact, the controversial Islamic Center Hamburg has not been represented on the Schura board since January of this year. The chairman is Fatih Yildiz, who belongs to the Islamic Community Milli Görüs (IGMG), which is monitored by the Federal Office for the Protection of the Constitution in the field of Islamism, although references to extremism have weakened in recent years.

There is also a dispute about the subject in the western German city of Essen. Ditib wants to become a youth welfare agency there too. A vote in the council’s youth welfare committee has been postponed several times, and protests are now emerging from the integration council. “The supposed remoteness of the Ditib is just a deception, which apparently some have fallen for,” said a representative of the left. “If Ditib were to become the sponsor of free youth welfare, it would be much easier for Ditib to receive municipal funding.”

The Essen Ditib community is personally linked to the Turkish state. The present statute – signed by 15 men in 2009 – states: “The responsible Turkish attaché for social and religious affairs of the embassy is also the honorary chairman of the municipality by virtue of his office.”

That bothers the Green Party. “We see it very critically when associations that are strongly suspected of acting at the behest of an autocratic system and spreading religious fundamentalist teachings want to become sponsors of free youth welfare,” the party says. “Representatives of other countries should by no means have any influence on youth welfare or the education of our children.” The SPD in the city of Essen indicates that it supports Ditib. “The parliamentary group basically welcomes every civic and voluntary commitment for the benefit of our city and its citizens,” said a spokesman. “The decision as to whether the respective Ditib community meets the necessary requirements for this is of a purely formal nature and is answered by the administration and not by politics.”

In the responsible legal code, it is stated that providers of free youth welfare must “guarantee work that is conducive to the goals of the constitution”. The Essen CDU parliamentary group also refers to this. Due to its proximity to the Turkish state, Ditib evaluates this “quite critically”. However, the city administration only has to check whether the requirements of the code are met. “Unfortunately, there is no room for political decision-making.”

Islam experts deny that compliance with the constitution can be guaranteed by Ditib, since instrumentalization by the Turkish state cannot be ruled out. In the past, children and young people of Turkish origin from Ditib have repeatedly become playthings for the Turkish government. “They were misused for ultra-nationalist and Islamist staging in order to continue Erdogan’s policies in Germany.”