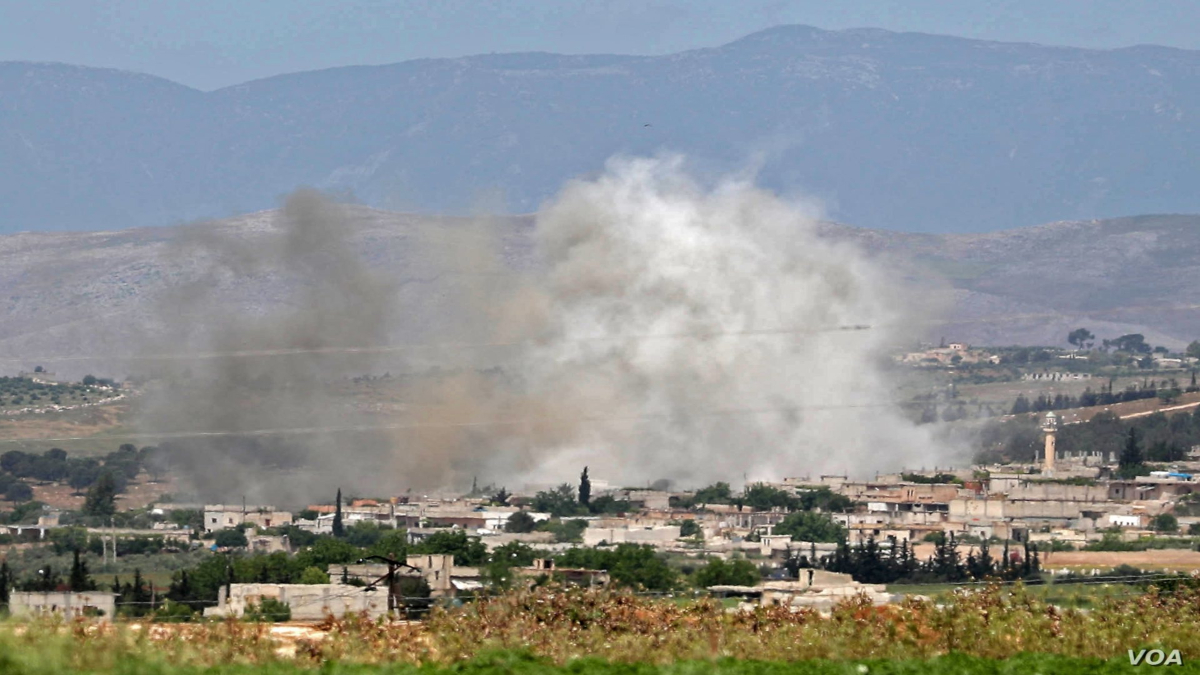 Thousands of acres of crops have been destroyed in Syria’s Idlib and north Hama provinces amid ongoing deadly violence, the World Food Programme (WFP) said on Tuesday, in a call to the warring parties to stop using food security to hold people “hostage”.

In a briefing to journalists in Geneva, WFP Spokesperson Hervé Verhoosel expressed alarm at the humanitarian crisis in the north-western opposition-held enclave, where a Government-led military operation escalated in late April.

His comments follow reports of aerial attacks on Monday that killed six civilians, the latest victims in more than eight years of war that have claimed hundreds of thousands of lives, destroyed hospitals and forced millions to flee.

“The latest outbreak in violence in Idlib and north Hama has left dozens of casualties, burned several thousands of acres of crops and farmland, and forced at least 300,000 people to flee their homes,” Mr. Verhoosel said, condemning the bloodshed.

Farmers and families being held ‘hostage’

As a result of the violence, farmers can no longer access their fields or tend to their crops at harvest time, the WFP spokesperson explained. “It is not acceptable to take one more time the civilian population, hostage,” he added.

Asked to explain how the crop fires began, Mr. Verhoosel said that they were “clearly linked to the bombing; it’s very hot and dry for the moment, then if you have a bomb… a fire can start, but in some cases, it was also reported as intentionally started by a group”.

The conflict-related damage to crops in Syria’s north-west is distinct from field fires elsewhere in the country, such as in the governorates of Hassakeh, Deir-Ez-Zor and Homs, where tinder-box conditions linked to high temperatures have affected around five per cent of the national yield.

To respond to the three million people in North Hama, Idlib and rural western Aleppo who are “stuck in the middle of conflict” and can only be reached from Turkey, WFP announced that it intends to scale up aid to reach 823,000 people this month across the region. This is in addition to the 200,000 newly displaced people that the agency has already reached with monthly emergency rations.

“In the areas where the bombardment continues, help is definitely needed today”, Mr. Verhoosel said. “WFP has had to suspend our deliveries to some towns caught in the middle of the conflict and where security is volatile. The agency has been unable to reach 7,000 people living in the area of Madiq Castle in Hama “since the bombardment began.”

Focusing on the immediate needs of those forced to flee the violence, Mr. Verhoosel explained that many have struggled to find shelter in camps in north Idlib, while others had fled to north-west Aleppo.

Women, children and the elderly are particularly vulnerable, according to WFP, especially those who have been forced to walk for days and sell their valuables to secure transportation from their villages to north Idlib.

“Most of them are living in camps, the camps are overcrowded for the moment”, Mr. Verhoosel said. Colleagues who have just visited, told him that that there is no room “to put a single tent in some of those camps.”

According to WFP, three-quarters of all Syrians now live in extreme poverty. Of the 6.5 million people who are food insecure in the country, the UN agency helps 3.5 million of them every month.