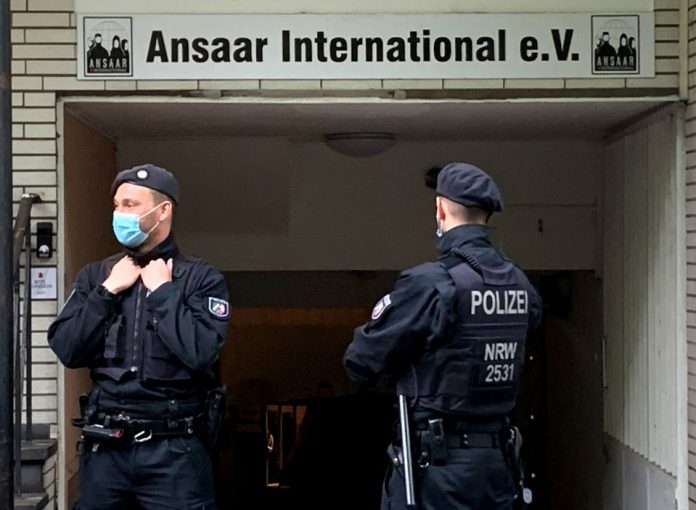 In a tweet on Wednesday, ministry spokesman Steve Alter said Ansaar International and its subsidiary organisations were banned for “financing terrorism worldwide with donations”.

He quoted Interior Minister Horst Seehofer as saying: “If you want to fight terror, you have to dry up its sources of money.”

Police raided offices in 10 different states as part of the move on Wednesday morning. About half of the 90 people affected were based in NRW, the state Dusseldorf is in.

Founded by the German rapper and Muslim convert Joel Kayser, Ansaar states on its website that it is an aid organisation with a focus on Syria, Somalia, Palestinian Territories and Afghanistan.

It claims to have has funded hospital and orphanage construction projects for Muslim and Christian victims of Boko Haram in Africa, and in the war-ravaged Syrian city of Aleppo.

The organization is also deeply religious and was accused by the Interior Ministry of “spread[ing] a Salafist worldview and financ[ing] terror around the world under the guise of humanitarian aid”.

In 2019 police raided offices belonging Ansaar as well as another nonprofit, WorldWide Resistance-Help, on suspicion of financing the Palestinian militant group Hamas, which is designated a terror group by the European Union.