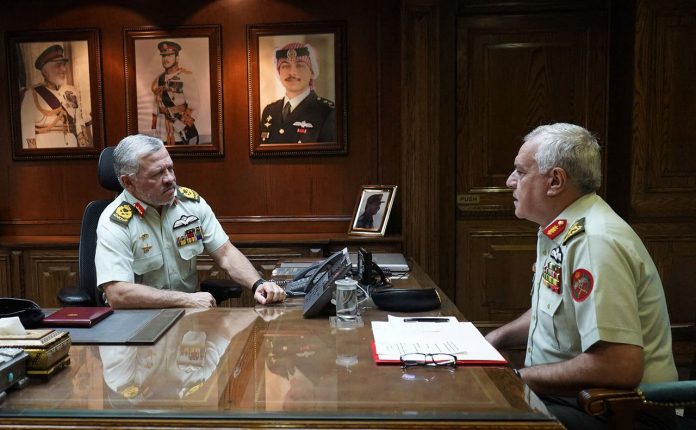 In the Jordanian royal family, power issues are usually resolved behind the palace walls. More unusual that a smoldering family feud escalated for the whole world to see over the weekend. In an extraordinary development for the Hashemite monarchy, considered stable, King Abdullah II put his half-brother, Prince Hamza Bin Hussein, under house arrest and detained several of his confidants. The government accused Hamza of “destabilizing Jordan’s security”. Hamza’s longstanding activities included “incitement and attempts to mobilize citizens against the state,” Foreign Minister Ayman Safadi said on Sunday. He also accused the prince of having worked with “foreign forces” and “secret services”.

In concrete terms, however, Safadi did not want or was unable to name these forces, which led the well-connected Jordanian analyst Oraib Rantawi to the conclusion that if names are not mentioned, the official narrative should be at least doubted. In any case, the resignation of the prince falls at a tense time in which the Jordanian government is struggling in the midst of the corona pandemic and an ongoing economic crisis with protests that are directed against the prevailing corruption and isolated, although increasingly against the monarchy. The country has little raw materials, no serious industry and suffers from unemployment.

A few representatives of the important East Jordanian tribes, which form the backbone of the regime, recently called for the protests. Prince Hamza has established good contacts with some of these tribal representatives and is very popular. The economic crisis and population growth are weighing on the old patronage networks, so that some representatives of the tribes have a harder time getting hold of civil posts or financial support. Hamza had already joined the protests against the introduction of an income tax in 2018 when he demanded “real action against rampant corruption”. Until recently, the prince continued this criticism on social media and has apparently become a nuisance to the king or his environment.

From house arrest, Hamza sent out videos on Saturday evening in which he rejected every conspiracy and said: “I am not responsible for the collapse of the government, for the corruption and for the incompetence that has been going on in our government structures for fifteen to twenty years, got worse every year.” He further criticized the increasing repression in Jordan, which led to “even criticism of small aspects of political decisions leading to arrests and mistreatment”.

What the royal court said on Monday evening sounded completely different: Hamza admitted to being involved in a plot against the security and stability of Jordan. In a corresponding declaration, he is said to have sworn allegiance to Abdullah: “I will always be ready to help and support his Majesty, the King and his Crown Prince,” Hamza assured him. For his part, Abdullah had agreed to an internal mediation by his uncle, Prince Hassan.

Viewed from the outside, it remained unclear whether it was a matter of taking action against the regime or whether perhaps the regime was also taking action against Hamza to set an example. In any case, the feud between him and Abdullah II has fundamental reasons. After King Hussein had made his son Abdullah heir to the throne a few weeks before his death in 1999, he first appointed his younger half-brother Hamza as Crown Prince, referring to Hussein’s wish. When Abdullah’s power was consolidated, he deposed Hamza as crown prince and in 2004 appointed his eldest son to be crown prince instead.

To this day, the dissent within the royal family has persisted. While King Abdullah is the son of Hussein’s second wife, Muna, Hamza is a son of the fourth wife, Noor. The latter wrote on Twitter on Sunday that she hoped that “truth and justice will prevail for all the innocent victims of this evil slander”. This led to an angry, now deleted response from Princess Firyal, who belongs to another family line, accusing “Queen Noor and her sons” of “apparently blind ambition”.

Admittedly, few thought coup rumors to be credible, only because none of those arrested had any serious military background or influence. Nonetheless, the security forces announced the arrest of more than a dozen people, at least two of whom were linked to Saudi Arabia.

One, Sharif Hassan Bin Zaid, was the Jordanian king’s envoy to Saudi Arabia. The other is Bassem Awadallah, who is reported to have most recently served as a businessman and advisor to Saudi Crown Prince Muhammad Bin Salman and has also close ties to the Crown Prince of the Emirates. Safadi also hinted at connections to Israel when he spoke of a “foreign secret service” that offered Hamza a “flight from Jordan to a foreign country”. An Israeli businessman living in Europe then announced that he was friends with Prince Hamza, but had no secret service connection. He only wanted to help Hamza’s family privately and offered their refuge.

The Saudi royal family and also the Emirates rushed to assure the Jordanian king and crown prince “full support”. Egypt, Bahrain, Qatar, Kuwait, Iraq, the Palestinian leadership, Turkey and Lebanon also expressed their support for the king, as did the European Union. Jordan is still considered to be the anchor of stability in the region. However, fault lines have been revealed again.