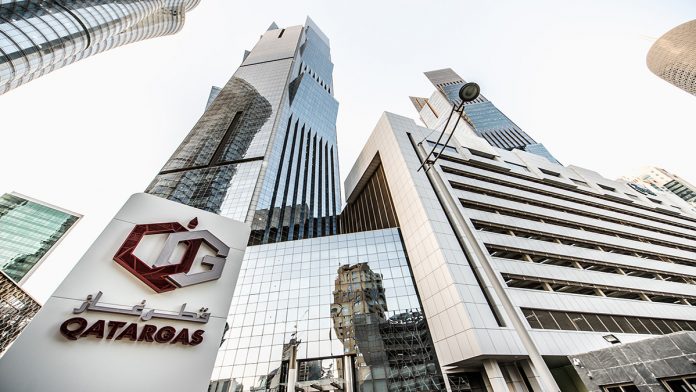 Qatar has what Europe needs to escape from its dependency on the Russian despot: natural gas. Without new supply contracts, things could get uncomfortable in many European homes next fall and winter, depending on the decisions in the Moscow Kremlin. Certain branches of industry are also more than dependent on the stable supply of gas. Five months after Russia invaded Ukraine, Europe is in the grips of an accelerated and increasingly irreversible transition in how it sources energy to heat and cool homes, power businesses and generate electricity. A long-term shift to more renewable energy sources has been overtaken by a short-term scramble over how Europe can manage the upcoming winter.

The meetings of European heads of government and ministers with the Emir of Qatar are correspondingly friendly. Travel diplomacy to the Gulf Emirate has steadily increased since the Russian invasion of Ukraine.

At his last meeting with the Qatari ruler at the end of May, German Chancellor Olaf Scholz assured that “we will further intensify our cooperation” – which should also apply to political relations. Scholz announced “regular consultations at the level of our foreign ministers” and confirmed that Qatar had “enormous potential”, not only in gas but also in the development of renewable energies. The Emir spoke of “outstanding and strategic relationships”.

A new “energy partnership” should be the goal of the fresh love relationship. With the import of LNG from Qatar, Central European countries like Germany want to, indeed have to, make progress in diversifying their gas supplies. At the same time, cooperation on green hydrogen is to be given a boost.

For some diplomats from the Gulf State, the new European interest in Qatari liquefied natural gas (LNG) comes with a certain smile: They had long been promoting diversification – and found concrete in the process. Hardly anyone, especially in Germany, wanted to hear about liquid gas terminals, when Russia delivered cheap gas by pipeline. The Germans in particular could now hope to obtain liquid gas from Qatar as early as 2024 – which would, however, come from the US.

The state-owned energy company Qatar Energy runs the joint venture Golden Pass together with the US multinational Exxon Mobil. It will exploit gas fields in the Gulf of Mexico, with the first block scheduled to come on stream in the third quarter of 2024. The decoupling of Germany from Russia, however, should actually go much faster. The Emir pointed out that his country will expand production from the world’s largest gas field in the Persian Gulf, dubbed North Dome in Qatar. That could lead to deliveries “hopefully in 2026 or 2027,” he announced. “But whatever we can do for energy security in Europe during this transition period, we will do.”

Qatar is already exporting at the limit of its capacity, and the Emirate has also promised other customers, primarily in Asia, more than 80 percent of the funding in long-term supply contracts. A possible interim solution is that Japan, for example, diverts part of the quantities to Germany. In order to be able to supply Germany on a larger scale, however, Qatar must first invest: in conveyor technology, in liquefaction plants and also in tankers. This only pays off if capacity utilization is guaranteed in the long term. Terms of 20 years and more are common.

The terms of a supply contract are currently being negotiated, and Berlin is pushing ahead with LNG terminals at ports in the North Sea. But Qatar wants to insist on terms binding European Union countries for two decades on their purchases of fuel, a move that will complicate the EU’s goal of cutting emissions while reducing its dependence on Russian fuel and increasing Qatar’s becomes.

The Europeans are now arguing that the Qatari offers are too strict and give buyers little opportunity to adjust the contracts when needed. Corresponding negotiations on the duration of the imports have been deadlocked since March, negotiators said.

European states, but especially Germany, are resisting Qatar’s pressure because they fear that the strict delivery terms of these contracts will mean that they will still have to import the fossil fuel even after Europe has already completed the energy transformation. If Qatar does not budge, however, it then threatens the EU’s options to diversify gas supplies from Russia, as the emirate could move to signing alternative supply deals with its eastern neighbors. While Qatar is interested in attracting Germany as the world’s fourth largest economy as a customer, it is also clear that those responsible are always looking to secure the best deal for Qatar. The gas proceeds go to the state fund, which is intended to secure a livelihood for future generations through its investments. Economically, Qatar is therefore not dependent on selling LNG to Europe. Politically, however, Doha has long been striving for closer cooperation, especially with Berlin.

The emirate is a shareholder in Volkswagen, Deutsche Bank and Siemens and wants to invest billions in medium-sized companies. In addition, they see themselves as in agreement with the federal government on many foreign policy issues – even if Qatar has not joined the sanctions against Russia, but is only currently not expanding its economic relations any further.

So it remains to be seen to what extent “Realpolitik” will play a role in decisions about energy supplies. Realpolitik in Doha can be diametrically opposed to that in Berlin and Brussels.