In two and a half months, the World Cup will start in Qatar. During a visit, the hosts present a country polished to a high gloss. A look behind the scenes, however, shows that the suffering of guest workers is still enormous.

Labor City, 20 minutes away from the shiny metropolis of Doha: three-storey beige-colored houses as far as the eye can see. Showcasing spacious rooms, squeaky-clean hallways and gleaming restrooms, a government-contracted NAAAS Holding Group lodgings. The air conditioning is running at full blast.

Qatar, only two months left for the kick-off against Ecuador. Since the tournament was awarded by the world association Fifa in December 2010, the emirate has been criticized: too small for a World Cup, no football tradition, the necessary votes are said to have been bribed. And then there are the allegations of disregard for human rights. Thousands of guest workers are said to have died building stadiums and other structures, and hundreds of thousands were exploited. And all for football.

Is it really very different? When watching PR videos of the Labor City, one could say that the critics are exaggerating . A fitness room and a cricket pitch are available for guest workers. A catering company delivers oven-fresh flatbread, chillies and tomatoes.

But there is another side, an industrial area, a business park outside of Doha with cement and chemical factories, workshops, in front of them construction equipment and trucks. Houses with corrugated iron roofs. Lines with clothes hang in front of the tiny windows. “This is the reality of Qatar, not Labor City,” a representative of the International Labour Union reports, he was able to visit the area. 90 percent of the approximately 2.6 million people in Qatar are migrant workers, most of whom come from South Asia or Africa.

Qatar has only been independent since 1971. Within a very short time, the small town of Doha developed into a modern metropolis full of gleaming high-rise buildings and technological marvels. Where there was desert ten years ago, there are now skyscrapers, office buildings, hotels and shopping malls. Even a subway was built. And now the football circus is coming to the emirate.

Hardly anyone knows the country as well as John, the union activist: Today, he says, everything is even worse than it was then, despite official assurances. More deaths, more exploitation.

Victims of abuse or wage theft contacted John and asked for advice. The men were afraid of being discovered. Afraid of ending up like a Kenyan security guard, who tweeted about the terrible conditions at his workplace and was identified. He was fined and forced to leave Qatar for “spreading false information”.

“Anyone who is allowed to work on the World Cup construction sites is part of the working class here,” says one of the men. Unlike the World Cup construction workers, people from the industrial area would have to sleep in overcrowded rooms with up to 20 workers. And the new complaints office for unpaid wages? “The procedures take too long and are too complicated,” says another. Many of those affected would not even dare to file a complaint. Intimidation by employers is the order of the day.

Most recently, John dealt with the case of a worker who went to court for his wages. The court postponed the hearing date at short notice to the day on which his residence permit expired. A few minutes before the start of the hearing, the man was arrested and deported because he no longer had a residence permit.

Both workers had high hopes for reforms implemented by the government. One of them: the abolition of the kafala system. This provided for the employer to act as the worker’s guarantor. He keeps his passport and regulates all official matters. The worker is at his mercy with almost no rights. In almost all Gulf States, this type of modern slavery still applies today.

In Qatar, the government says, it’s finally history. But is that true? The men shake their heads. Furthermore, the employer alone decides whether the visa is extended. And without the consent of the previous employer, it is almost impossible to find a new job. It is particularly bad for domestic or hotel employees. 80 percent would have to hand over the passport to their bosses.

The Labor Ministry of Qatar says the situation is difficult, monitoring compliance with human rights in non-governmental projects like World Cup construction, for example. Wage payments are protected by law, there is a minimum wage of 1,000 Qatari rials per month, the equivalent of 277 euros. If an employer goes bankrupt, the state steps in. In addition, construction workers are no longer allowed to work in the heat between 10:00 a.m. and 3:30 p.m. Heat-related incidents have decreased significantly.

The media have repeatedly cited numbers of dead construction workers since the World Cup was awarded – such as the British newspaper “Guardian” back in 2021. There was talk of 6,500 victims. “The journalists did their research improperly,” the Qatari government Saya. From the absolute number of deaths of all migrants it would be impossible to derive the number of deaths from accidents at work, there would be a lack of data. A document from the Indian Ministry of Foreign Affairs from July this year states that the absolute number of deaths among Indian migrants in Qatar has risen by 68 percent in the past two years. So it remains with an indication. How many migrants actually died on the construction sites?

A few days ago it became public that the construction company Al Bandary International Group is said to have not paid its workers for several months. 200 people demonstrated in front of the company office, then the police came and took the people away. 60 guest workers were immediately deported to their home countries. There is no right of assembly in Qatar.

With regard to the situation in the country, an Austrian politician with Iraqi roots visited the stadiums in Qatar, the trip was organized by the Qatari rulers. He, a social democrat, reported that Qatar has implemented “groundbreaking labor reforms”. And the merciless action against demonstrators? 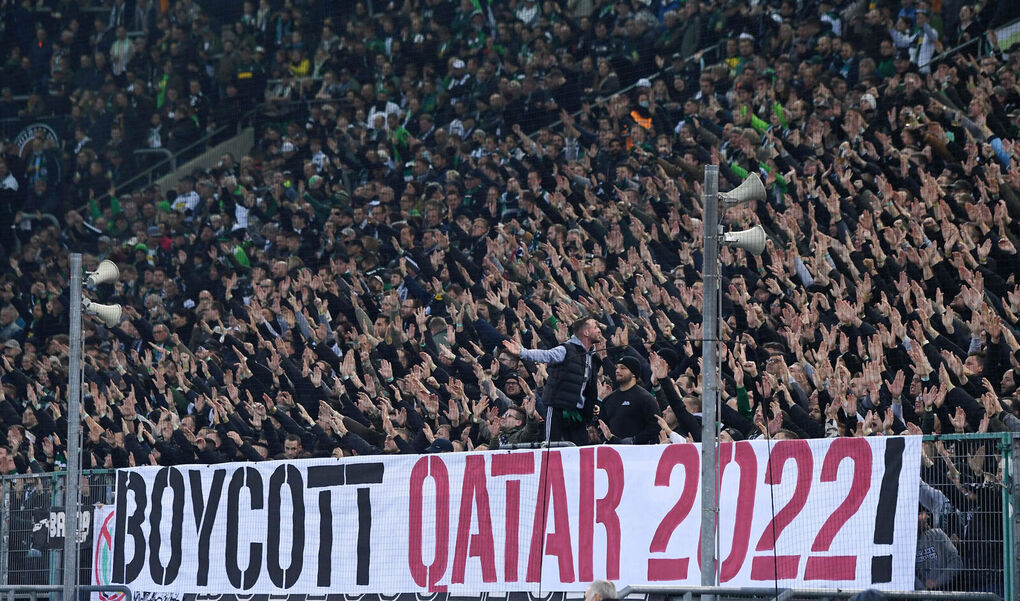 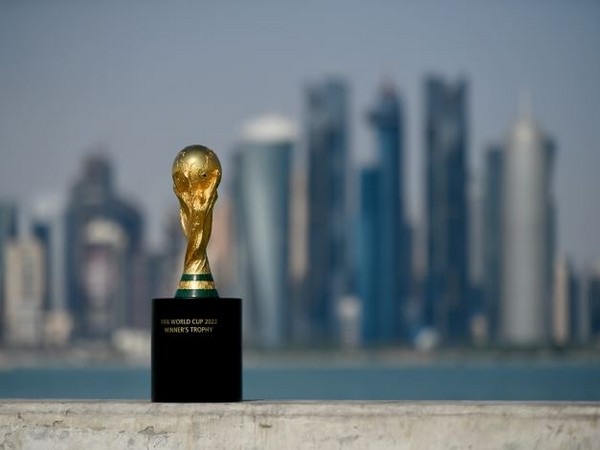 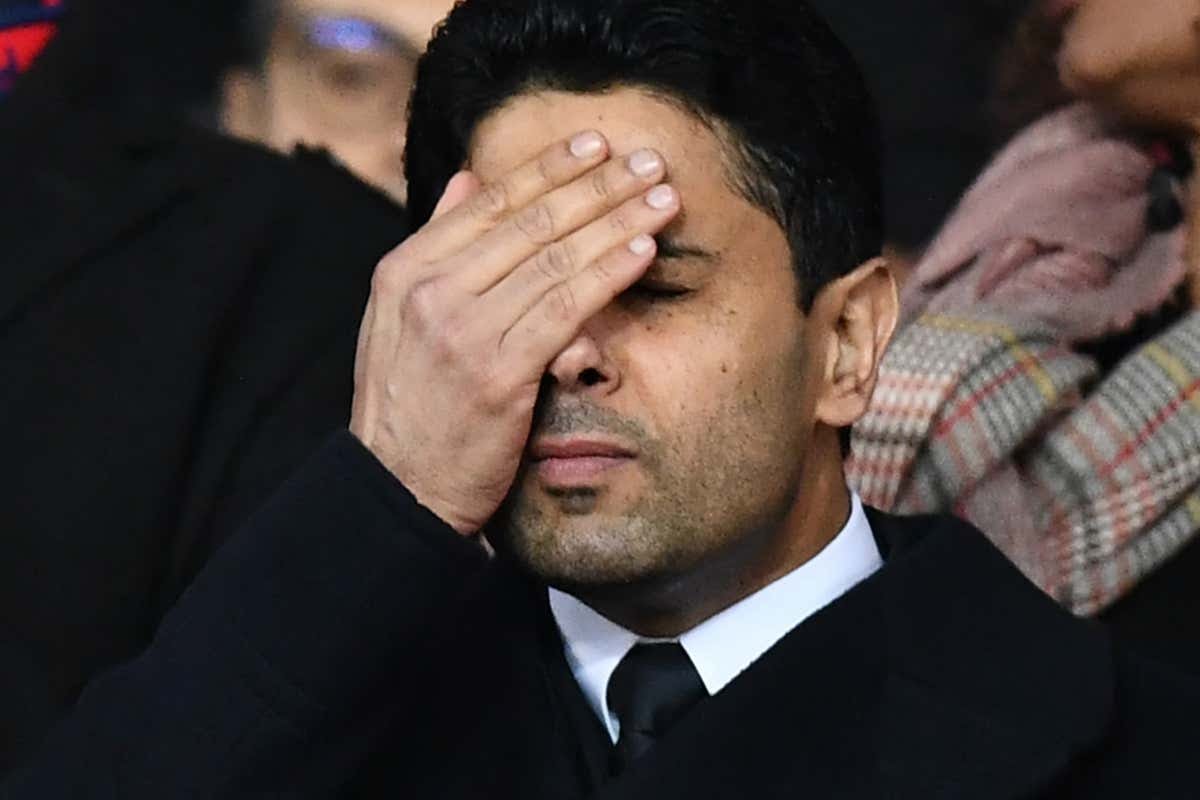 The Dark Prince of Qatar’s (and Europe’s) football
Tags: Human RightsQatar
No Result
View All Result