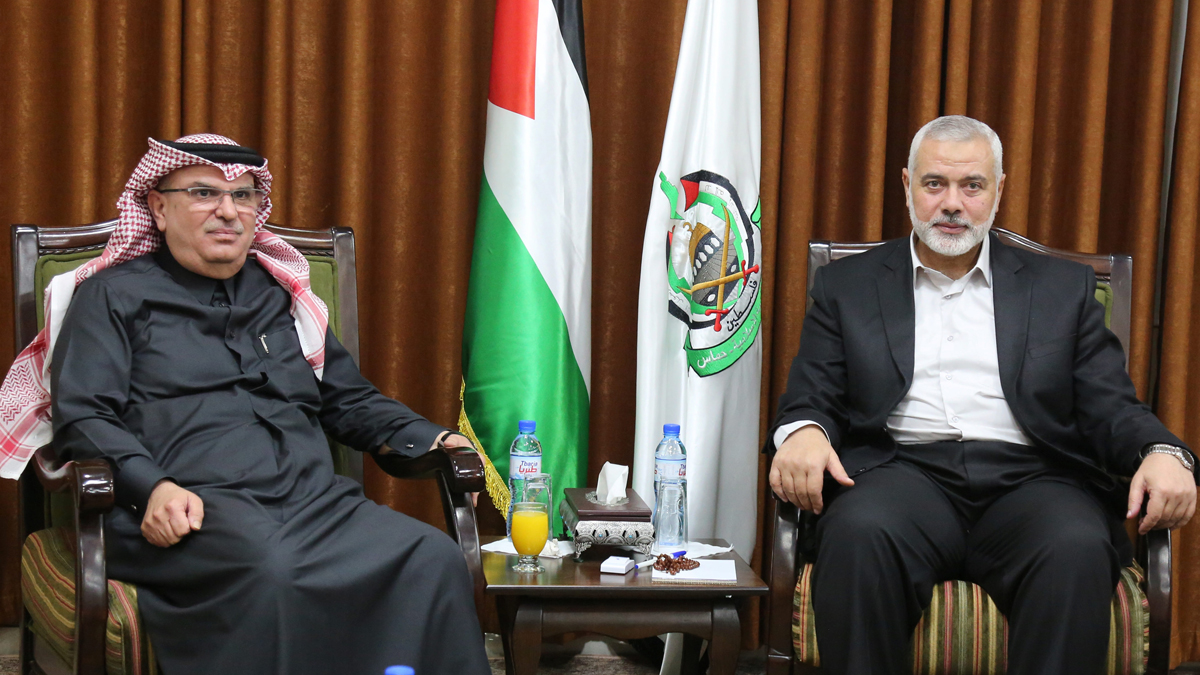 After the boycott imposed in June 2017 on Qatar by the Anti-Terror Quartet (ATQ)—Saudi Arabia, the United Arab Emirates, Bahrain, and Egypt—the Qatari government resorted to a vast lobbying campaign in the West. The intention from Doha was to win an information war with Western publics and governments that would allow it to alleviate the impact of the boycott, short-circuiting the process by which the ATQ hoped to enforce a behaviour-change on Qatar to cease its destabilising activities in the Middle East region.

Qatar was quick to realise that Washington, D.C., under President Donald Trump does not work the same way as it used to. The conventional channels for lobbying—the Congress and senior administration officials—were fading. It is well-known that Trump distrusts what he thinks of as the American “deep state”—the permanent bureaucracy of regional experts, intelligence officials, and civil servants. But Trump also distrusts his own appointed Cabinet officials and advisers, preferring instead late-night telephone calls with Fox News hosts like Sean Hannity and Tucker Carlson.

Exploiting this new situation, Doha launched an innovative effort to get their messages to the President. According to The Wall Street Journal, Qatar’s government drew up a list of 250 people identified as “Trump influencers” and set out to cultivate them. “We want to create a campaign where we are getting into his head as much as possible”, explained Joey Allaham, one of the main men involved in the Qatari lobbying campaign, to The Journal.

“Qatar spent $16.3 million on lobbying in 2017 in the U.S. …, up from $4.2 million the year before”, The Journal reports, and between them, Allaham and the other main Qatari lobbyist, Nick Muzin, a former deputy chief of staff to Texas Republican Senator Ted Cruz, who knew Allaham through Republican Jewish networks, were paid $3 million. “As of June 2018, the country was directly employing 23 lobbying firms, up from seven in 2016, its filings show.”

A specific dimension of the Qatari influencing campaign was to improve its image among American Jewry, which had come to regard Qatar as hostile because of its funding for the Hamas terrorist organization in Gaza, and Hamas’ launching of three wars against Israel—in 2009, 2012, and 2014.

The effort to foster links between Qatar and leaders of mostly conservative pro-Israel groups and policymakers in the United States was led by Muzin, whose Stonington Strategies firm was collected $300,000-a-month from the Qataris. Among its targets was the famous civil-libertarian lawyer Alan Dershowitz, a close Trump ally. Morton Klein, the leader of the Zionist Organization of America (ZOA), and Pastor Mike Huckabee, a Christian Zionist (and father of White House Press Secretary Sarah Huckabee Sanders) were taken on trips to Qatar in January 2018. Muzin, via Allaham, made a $100,000-donation to ZOA. All of these individuals—Dershowitz, Klein, and Huckabee—showed a significantly more lenient view towards Qatar after this.

One piece of more “traditional” legislative lobbying was the Qatari effort to defeat the Palestinian International Terrorism Support Prevention Act (PITSPA), which if passed would impose sanctions on states funding Hamas, Palestinian Islamic Jihad (PIJ), and other Palestinian terrorist groups. This would cause immense problems for the Qatari government since its funds are crucial to the Hamas regime in Gaza continuing to function. In order to sway Congressmen, Muzin got prominent Jewish leaders to speak against this bill, and prepared dossiers suggesting that passage of the PITSPA would damage American jobs and incomes—i.e. would threaten Congressmen’s chances for re-election.

Muzin ended his work for Qatar suddenly with a tweet in June 2018 as he became embroiled in a legal scandal over the propriety of his activities. Though Muzin remained publicly unapologetic about the work he had done for Qatar, it is unclear what made him change course.

Meanwhile, Israeli Prime Minister Benjamin Netanyahu has publicly rebuked American Jews for being seduced by Qatar and its lobbyists. This is, however, a somewhat challenging line to enforce given how the Netanyahu government interacts with Qatar over Gaza.

There can be little doubt that Qatar and its lobbying effort have had considerable success. Immediately after the boycott was instituted, Trump took the side of the ATQ, but within a year he had completely reversed himself.

The U.S.’s switch on Qatar has happened despite the fact Qatar has not ceased its support for the Muslim Brotherhood, including the Brotherhood’s most radical and violent branch, Hamas. Nor has Qatar ceased to foment instability on the Gulf and bolster forces that weaken the efforts by Israel and Arab Gulf states to isolate Iran. American pressure on the side of the ATQ could have reduced the time it would take to secure a behaviour-change from Qatar. Instead, it seems likely the standoff will last for a long time.