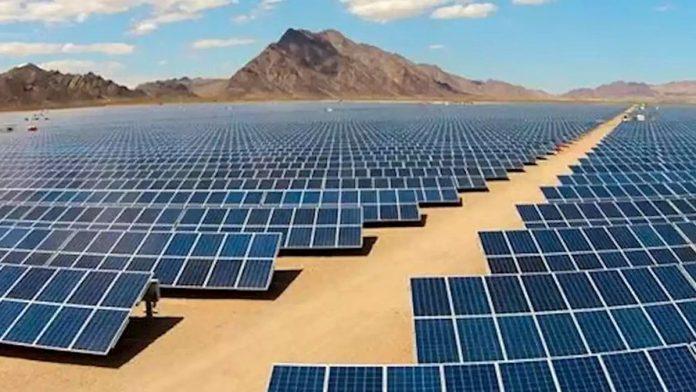 About five years ago, the CEO of the Solar and Sustainable Energy Fund, Christofer Rathke, visited Saudi Arabia. There he wanted to warn investors and high-ranking officials that fossil fuels could quickly become less important as renewable energies would “soon be competitively priced”. But beyond the declarations of intent, the course did not reverse. However, the fund manager noted that there is increasing awareness of the energy transition. “The Saudis learn very quickly and they look around.”

The Arab Gulf States have long been laggards in the renewable energy sector, despite having some of the highest insolation levels in the world. Saudi Arabia, the largest oil exporter, still burns significantly more crude oil to generate electricity than any other country. With solar energy now cheaper than ever before, Saudi Arabia’s oil-fired power plants suddenly seem backward and a symbol of the Saudi leadership’s long refusal to usher in the end of the dominance of hydrocarbons in their energy mix.

After decades of condescending view of the solar energy revolution, Riyadh is now trying to catch up, importing solar technology and photovoltaic panels developed and produced by engineering teams in China, Europe and the United States. By 2030, Saudi Arabia plans to generate 50 percent of its electricity from renewable energies – compared to just 1 percent in 2019. However, this proportion would not come from technologies developed in the country.

Saudi Arabia is now importing photovoltaic panels that are developed and produced by engineering teams in China, Europe and the USA

The United Arab Emirates (UAE) are already further. The Muhammad-bin-Rashid-Al-Maktum solar park south of Dubai, announced in 2012, has largely been completed and is already the largest solar park in the world. The Abu Dhabi-based company “Masdar Clean Energy” has risen to become the leading developer and operator of projects in the field of renewable energies.

Despite the progress made in the UAE, spending on research and development in the Gulf region remains low overall: in Kuwait, Oman and Bahrain, for example, it accounts for less than half a percentage point of gross domestic product (GDP). In contrast, Israel, which invests around five percent of its GDP in research and development, has become a hub of innovation for sectors that are of paramount importance to the Gulf States given the arid climate and high levels of solar radiation in the region, including solar energy, water management and desalination technologies.

“With Vision 2030, the country’s strategic plan to transform the economy, everything has changed. Now Saudi Arabia is looking to the future,” Sarah Al-Otaibi is certain. She is a research fellow at the King Faisal Center for Research and Islamic Studies in Riyadh and published a report on the future of renewable energies in Saudi Arabia in February 2021.

But despite recent efforts to present themselves as environmentally conscious nations – Saudi Arabia announced in March 2021 that it would plant ten billion trees in the country in the coming decades – the Gulf states’ green commitment continues to be primarily determined by economic interests.

Faced with increasing competition, which is challenging its predecessor in global energy markets, Saudi Arabia now aims to become the world’s largest exporter of hydrogen. The energy carrier is obtained by splitting water molecules by means of electrolysis, the necessary energy should come from the sun – the solar energy should thus be used for a good climate balance when generating electricity.

The country plans to build the world’s largest green hydrogen plant in its futuristic megacity Neom, which will run on solar and wind energy. This is how the Saudis want to dominate the $ 700 billion hydrogen market. “Our role in the energy transition will go beyond generating energy within our borders for our own consumption,” promises Khalid Al-Falih, Saudi Arabia’s Minister for Investment.

But the “green” hydrogen project is only part of the story – fossil fuels actually play a key role here too. Both Saudi Arabia and the UAE rely on so-called blue hydrogen. “Our goal is to become one of the largest and cheapest producers of blue hydrogen,” says Sultan Ahmed Al-Jaber, CEO of the Abu Dhabi National Oil Company (ADNOC).

Instead of renewable energies, natural gas is the primary energy source. These plants would emit greenhouse gases, even if they were to be captured and stored, according to the plan.

“This business will be fiercely competitive,” predicts Rathke, noting that China and some European countries have “perfect conditions” to produce green hydrogen themselves. “China will certainly produce green hydrogen for less than $ 1.5 per kilogram. The Saudis are striving for that too, but the shipping causes enormous costs, ”the fund manager told zenith.

The costly transport of hydrogen thus equalizes the region’s competitive advantage, namely high levels of solar radiation and large gas reserves. Despite a real market opportunity, the Gulf states still have a long way to go.

In addition, dwindling water resources pose problems for energy strategies and generate additional costs. The six member states of the Gulf Cooperation Council will be among the ten most arid countries in the world by 2040. The fresh water required for the production of “green” hydrogen has to be supplied by energy-intensive desalination plants, which in turn run on fossil fuels.

In January 2020, the royal family therefore announced the construction of a desalination plant in Neom that uses solar energy to produce fresh water. This is not the only reason why oil exports will remain a central component of the Gulf States’ energy strategies – also in the future. Because nowhere are the production costs per barrel as low as in the Gulf. The calculation: stand firm while competing oil producers are forced out of the market.

“Kuwait is not pushing for a quick energy transition,” admits a high-ranking official with the Kuwait Petroleum Corporation. “We are not planning to suddenly switch everything to green and say goodbye to fossil fuels,” the official countered the British magazine Petroleum Economist at the end of 2020.

“After all these years of investing in developing our oil and gas infrastructures, why should we forego it?”

“Why should we forego it after all the years in which we have invested in the development of our oil and gas infrastructures?” Asks Sarah Al-Otaibi in an interview with zenith. “We want to continue to benefit from what we have built up while we develop new sectors.” The researcher points out that a barrel produced by the Saudi oil giant Saudi Aramco generates significantly fewer emissions than the global competition.

Saudi Aramco remains a leading state-owned polluter – since 1965 the group has been responsible for 4.38 percent of all carbon emissions. Although Saudi Aramco operates more transparently than other state-owned oil and gas companies in the Gulf, the company has not included emissions from many refineries and petrochemical plants in its carbon footprint, misleading investors’ climate risk assessment.

“That’s just a small factor. That doesn’t change my view of Aramco, ”says Saleh Al-Omar calmly in an interview with zenith. Like many of his compatriots, the Saudi private investor acquired Aramco shares when it went public in 2019.

The “Climate Action Tracker”, a collaboration between several climate research institutes, tracks and evaluates the climate policies of governments around the world. Saudi Arabia and the UAE are given poor ratings: the measures taken by both Gulf states to limit global warming to below two degrees Celsius in this century are classified as “critically inadequate” and “highly inadequate”.

Qatar is also continuing to rely on fossil fuels, above all on liquefied natural gas (LNG). The emirate, which has been moving closer to its neighbors Saudi Arabia and UAE since the beginning of the year after the blockade was lifted, is already the world’s largest exporter of liquefied natural gas. In February 2021, the state-owned company “Qatar Petroleum” was commissioned to increase production by 40 percent by 2026.

While liquefied natural gas is widely seen as a bridge for the transition from petroleum to renewable energies, it is not a green energy carrier. The production causes significant methane emissions. After carbon dioxide, greenhouse gas makes the second largest contribution to global warming.

The US and the Saudi Prince

“The ghost” Or “Soleimani’s Relative”, Possible Successor to “Hassan Nasrallah” 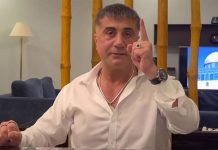 The US and the Saudi Prince

MENA Research and Studies Center - 2021-06-10
US President Joe Biden is taking a much tougher course with Saudi Arabia than his predecessor. Donald Trump and his administration have pampered Crown...

MENA Research and Studies Center - 2021-06-09
Reckless and irresponsible: At the end of a cycle of excitement closely monitored by the media, Gerhard Schröder, former German Chancellor, saw himself compelled...

Osama Aghi - 2021-06-09
Local armed conflicts in some countries cause waves of displacement and asylum. Lives, security and livelihood of the population are threatened by these conflicts....

MENA Research and Studies Center - 2021-06-09
Yemeni sources have revealed on Monday June 7, that the Iranian Quds Force militia is behind targeting the gas station in the city of...

Renewable energy in Arabia: The molecule of the future

MENA Research and Studies Center - 2021-06-08
About five years ago, the CEO of the Solar and Sustainable Energy Fund, Christofer Rathke, visited Saudi Arabia. There he wanted to warn investors...