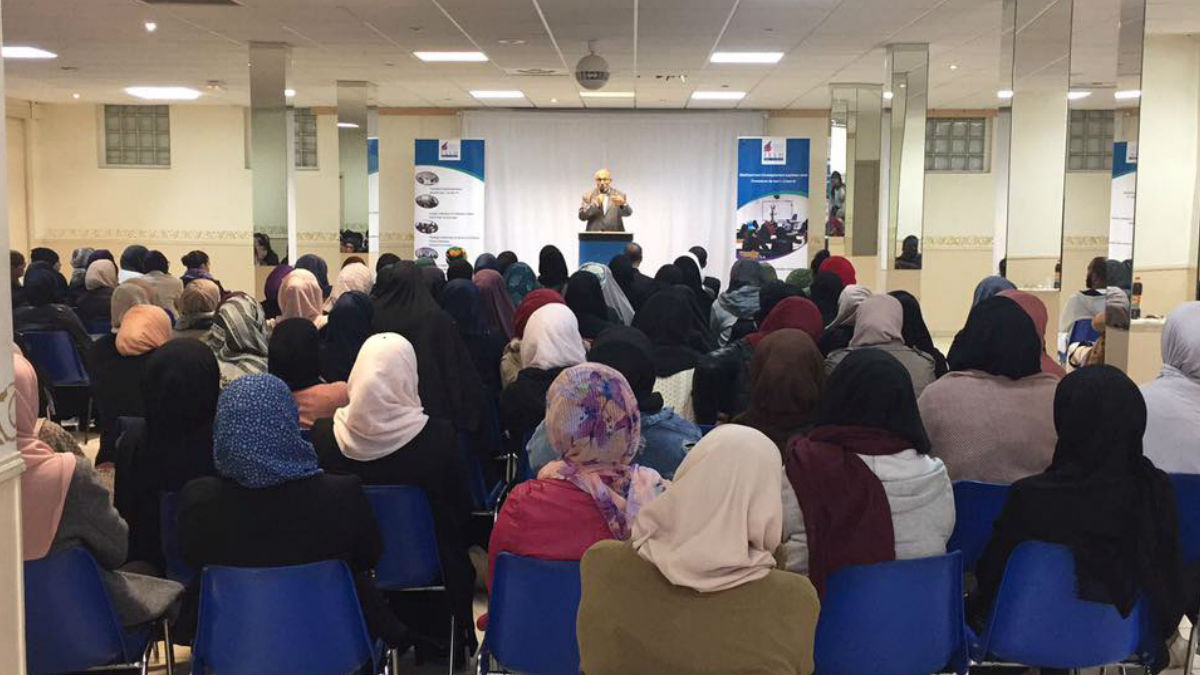 The international network by the Muslim Brotherhood manages some „education centers“, which in fact work as cadre schools. Wihin this network, one main institute is the so-called „European Institute for Human Sciences“ (EIHS) in Frankfurt/Main, Germany. In France, there are at least two similar centers, one in Chateau Chignon, one near Paris. The institute in Paris had to be closed down recently by a decision of French authorities.

The „Institut Européen des Sciences Humaines“ (IESH) in Paris is part of a connected network. It was founded in 1999 and partnered with the 1990 established IESH in Chateau Chignon. Proof of a close connection is not only the same name, but also the organizational level: same speakers/lecturers and financial sources. There are also evident links to the German partner institute. The money is frequently coming from Qatar.

Back in October 2019, the Paris branch was covered in the French media when the circumstances of the Paris Police shooting became public. „The Paris culprit was an Islamist and planned the murders. There were indications of problematic statements by him. Meanwhile, superiors put pressure on colleagues not informing the investigators about them.“ What exactly was meant by Islamistic connections, became public a few days later: one Imam from IESH should have been deeply involved in radicalizing the killer. The teacher, Hassan El Houari, was already under surveillance due to his radical positions.

Therefore, the Paris-based IESH had to be closed due to security risks last December.

An announcement on the Internet page of IESH Paris states that the board was surprised by the authority’s decision and it was planning to continue its work at another centre, therefore additional donations of €150,000 would be needed.

On January 18, the Facebook page of IESH published an announcement that the donation goal was successful. This announcement was made by its director Ahmed Jaballah, also board member of the European Council for Fatwa and Research (ECFR). Meanwhile, the web site of ECFR was no longer reachable, only linking to a mail contact. But the personal connection could still be checked via the German web site of ECFR with all board members together with CVs.

So, Ahmed Jaballah and the IESH are still active, the hunting continues.

Many people ask how one can become part of a group, which is ready to die for the sake of their ideas based on their strong belief that they are the represent of an Islamic idea, expected to prevail on earth.