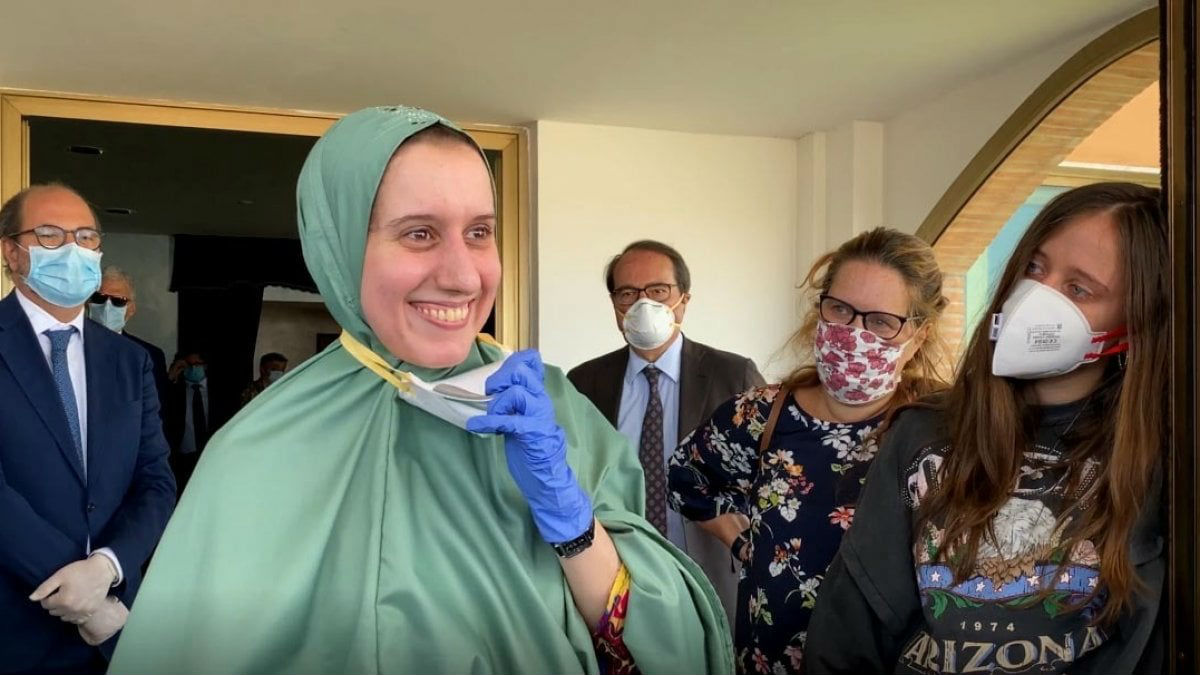 For insults and threatening phrases addressed to Silvia Romano on social media, the Milan counter-terrorism prosecutor, Albero Nobili, has opened a judicial investigation. The legal suit, against unknown, is filled with aggravated threats. The Prefecture of Milan, the city where Romano lives with her family and where she returned yesterday, is considering protection measures and her apartment is already under surveillance by the police. Now after the insults and even death threats (a leaflet was also found near the girl’s home) related in particular to her conversion to Islam, which the girl gained during her imprisonment, prosecutor Nobili opened an investigation.

Meanwhile, the leader of the Italian party Lega, Matteo Salvini attacks: “It would have been better to avoid a return-show for Silvia, it is obvious that a ransom was paid for her release.“

A town councilor from Asolo (Treviso), Nico Basso, a former councilor of the Lega Nord city council of the Treviso municipality, wrote “hang her“. A Facebook post that was immediately deleted, but which was accompanied by other messages of hatred and vulgar offenses to the young Italian woman freed in Somalia after 18 months of captivity.

“Let’s try to forget, to close one chapter and open another.” This is what Francesca Fumagalli, the mother of Silvia Romano, said in a phone interview with RAI’s TG3: “She’s fine, as you saw her when she arrived, also psychologically,” explained the family doctor, after visiting her “A check must always be made after so many months held captive”, added the doctor leaving the building in via Casoretto, where the young woman lives with her mother, confirming that the demanded 14 days isolation for those returning from abroad has also begun for Silvia Romano. „What do you expect? Send a relative of yours to the place Silvia was for two years and I want to see if he or she doesn’t come back converted“, the mother said. “Use your brain,” she added, returning and reiterating that she did not want to make any further statements. “We want to be at peace, we need peace.”

Silvia Romano’s ransom money is used to finance the Jihad, said Ali Dehere, spokesman for Al Shabaab (the terrorist organization that kidnapped the Italian woman): “Why should we have mistreated her? Silvia Romano represented for us a precious bargaining chip. And then she is a woman, and we at Al Shabaab have great respect for women. We did everything possible not to make her suffer, also because Silvia Romano was a hostage, not a prisoner of war “.

Along the street of the Casoretto district of Milan, where Silvia Romano returned home this week after being kidnapped for a year and a half in the African border region of Kenya and Somalia, a row of police cars is always waiting. On the front door of the apartment building welcome back messages for the young co-worker are still picked on the wood.

The Union of Psychologists of Lombardy express their support and solidarity for Silvia Romano and her family. Silvia, psychologists say, “is the victim of a kidnapping, an extreme traumatic event. Our professional community underlines the importance of respect, even with an appropriate silence in a phase Silvia is going through: the attacks of these days represent a serious danger for her well-being and the concrete possibility of contributing to a further trauma on the already existing trauma.“