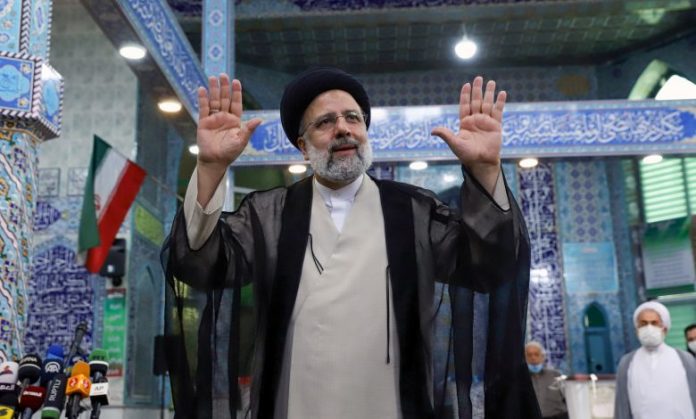 Ebrahim Raisi, the elected Iranian president, has confirmed that, under his presidency, Iran will continue its policies in the region, especially in Syria and the Gaza Strip. Raisi has pointed out that he will adhere to the approach of Ali Khomeini, the founder of the Islamic Republic in Iran.

Raisi’s statements came after he was sworn in to assume his presidential duties officially, succeeding outgoing President Hassan Rouhani, after Raisi won the presidential elections with 60 percent of the total participants in the voting process.

In addition, Raisi has considered his election as a message to those he qualified as Iran’s enemies. He also has described the elections as “historic,” without referring to the low turnout since the establishment of the Islamic Republic in 1979.

Raisi also has considered that the economic sanctions imposed on Iran would not prevent Iranians from seeking their rights. He has indicated that Iran’s nuclear program is peaceful and Tehran does not seek to use it militarily.

It is noteworthy that Hassan Rouhani, the former Iranian president, had acknowledged the impact of the sanctions imposed on Iran and indicated that the Iranian economy’s losses amounted to 150 billion US dollars.

For his part, Milad Heidati, an Iranian political analyst, has described Raisi’s speech as revealing escalatory intentions during the next four years, warning against Iran’s tendency to adopt more aggressive policies.

Islam and Western Values – The Example of Iran

Details of Attempted Coup in France