More papers and facts related to the “booby-trapped pomegranate” have been revealed since Saudi Arabia decided to ban importing the Lebanese fruits and vegetables. This brings to the fore front the role of Hezbollah in drugs manufacturing and smuggling.

After the Saudi authorities’ announcement of capturing millions of Captagon pills coming from Lebanon and hidden inside pomegranate, a Lebanese official has confirmed that “the shipment is coming from Syria and someone had facilitated its passage inside the Lebanese territory.” The official was referring to Hezbollah militias that fight alongside the Assad regime in Syria and control illegal crossings between Syria and Lebanon.

From Forth Division to Hezbollah

“Now it is not the pomegranate season in Lebanon, and the cargo seized in Saudi Arabia is not Lebanese. It went through transit from Syria through Lebanon to Saudi Arabia,” President of the Union of Exporters and Importers of Fruit and Vegetables in Lebanon, Naim Khalil, said.

Ibrahim Tershishi, the head of the Bekaa Farmers’ and Peasants’ Caucus in Lebanon, stressed that “Syrian merchants are behind smuggling through Lebanon a shipment of pomegranate stuffed with Captagon.”

Lebanese Hezbollah controls the borders with Syria and illegal smuggling crossings between both countries. In the past few years Hezbollah has intensified its control over the Syrian territories that are adjacent to Lebanon in the western Qalamoun region. Backed by the forth division that is led by Maher al-Assad, brother of Bashar al-Assad, Hezbollah has built smuggling routes into Lebanon in those areas.

“The Western Qalamoun has become the centre of Hezbollah’s activity in manufacturing captagons, and most of the labs are spread over an area called Jawzah,” well informed sources told MENA. The sources say that “Hassan Dakko runs the labs in coordination with the Forth Division that is protecting him.”

A few days ago, Lebanese media reported that the most prominent person accused of manufacturing and trading captagon in Lebanon, Hassan Dakko, has been arrested.  Dakko is from the border town of Al-Tafil that is controlled by the Syrian regime and Lebanese Hezbollah. The Lebanese authorities have arrested him along with 4 of his aides, while the rest were able to escape, reportedly in Turkey.

“The reason for Dakko’s arrest was the seizure of a Captagon shipment smuggled into Malaysia; in preparation for re-smuggling it from Malaysia through furniture into Saudi Arabia,” Lebanese sources reported. “On the basis of an arrest warrant, sent by Interpol from Malaysia, Hassan Dakko has been arrested,” the Lebanese sources added.

Lately, the Adviser of the Saudi Royal Diwan, Abdullah bin Muhammad Al – Mutlak, had accused both the Lebanese Hezbollah militia and the Iranian – backed Houthi militias of being involved in drug smuggling into Saudi territory. “Hezbollah and the Houthi seek to defeat Saudi Arabia by targeting its youth with such substances,” Al-Mutlak said.

Lebanese authorities’ response to capturing the pomegranate shipment came quickly, as the Ministry of Foreign Affairs called on all intelligent apparatuses to intensify their operations on the border crossings, since the Lebanese laws criminalize trafficking, smuggling and drug abusing. The authorities vowed to stop the spread of that scourge and to prevent causing harm to innocent citizens, farmers, industrialists and to the Lebanese economy.

Last Thursday, the Lebanese Armed Forces announced the seizure of a factory to produce raw materials that Kaptagon consists of. The factory is in Baalbek in the east of the country.

An army unit alongside a group of intelligence services in Al – Sharwana – Baalbek raided the homes of wanted people and a lab equipped with machinery to manufacture raw materials for drug production (Captagon). “Seizures have been handed over to the competent authorities and efforts are exerted to arrest those involved,” Lebanese authorities said.

On the other hand, Syrian sources have previously revealed that manufacturing labs are not confined to Lebanese territory, but they also exist in Syria and they are protected by the Assad regime. There are 14 labs that manufacture drugs in the border region between Syria and Lebanon, that region includes Western Qalamoun and many other villages.

These labs are directly managed by Hezbollah militias in coordination with an armed militia loyal to the Syrian regime. Over the past years they have become an active centre in the area in terms of manufacturing, trafficking and promotion.

In the same context, the sources explained that “drug manufacturing operations are carried out with the assistance and support of Lebanese Hezbollah militias, which control illegal border crossings between both countries and are not subject to any official control by the Lebanese State.”

A Lebanese security official today confirmed to the media that “Official delegates from different States held meetings with Lebanese security officials during which they stressed that Lebanese authorities should impose strict control over legal and illegal crossings used by smugglers to deliver poisons to their countries.” The official confirmed that they provided the delegates with a list of the labs that manufacture drugs in Bakaa and the border areas.

The security source explained that “Clans provide protection to factories producing narcotic substances, which are located in areas not under State authority but rather de facto forces.” “Most of these factories are located in border areas that overlap Lebanon and Syria, including those used for smuggling,” the source added.

The Bekaa Valley region in Lebanon is one of the most heavily cultivated areas of cannabis and drug manufacturing, where Lebanese clans backed by Hezbollah monopolize the cannabis fields there, the most prominent of which clans is Al Zeiter.

Seizing drugs shipments did not stop in Saudi Arabia. Last Saturday, Niger announced the destruction of 17 tons of hashish coming from Lebanon, en route to Libya, with a cargo value of $37 m.

On the same day, Saturday, Greece announced the seizure of more than 4 tons of drug weed hidden in a shipment of cupcake machines from Lebanon to Slovakia, worth about €33 m. “The drug shipment was seized after information from the US side, assistance was received from Saudi Arabia,” Greek authorities said.

The shipment arrived at Berios Port in Athens, Greece, on 14 April, and was supposed to be transported by train to Slovakia through the Republic of Northern Macedonia, Serbia and Hungary. The Hashish was hidden in industrial machines to make cupcakes.

Saudi Arabia reportedly foiled the smuggling of more than two million amphetamine tablets hidden in Lebanese fruit shipments on Friday. Those involved in the attempted smuggling in the province of Hajar al – Sub, were arrested and they are five persons, four of them are Saudi citizens.

Walid Bukhari, the Saudian Ambassador to Lebanon, revealed that shipments of more than 600 million narcotic pills manufactured in Lebanon had been thwarted over the past six years, in addition to hundreds of kilograms of hashish. “The seized quantities are sufficient to drown the entire Arab world with drugs and psychotropic substances, not only Saudi Arabia,” Bukhari noted.

It is noteworthy that the authorities in the Gulf, Egypt and Jordan announced in previous times that they had seized large shipments of narcotic substances, before entering their lands, noting that Syria and Lebanon are the origin of these shipments. Italy has also seized huge shipments of drugs, especially Captagon pills, coming from ports belonging to the Syrian authorities.

Media reports revealed that the Hezbollah’s high expenditures and the decline in funding push it to try to expand the markets in which it promotes its drug product. The reports point out that Hezbollah control over the airports and the port of Beirut and its proximity to the Syrian-Jordanian borders, which are very close to its illegal border crossings between Lebanon and Syria, provided it with a great opportunity to transport these drugs to many countries.

The reports affirmed that “Hezbollah’s activity has transcended continental boundaries, as it reached the Latin American continent, in which the largest drug smuggling gangs in the world are active. Hezbollah and Iran have good relations with some of the ruling political systems in Latin America, which enabled the party to turn it into a large market from which it gains millions of dollars”. 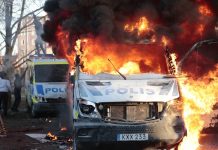 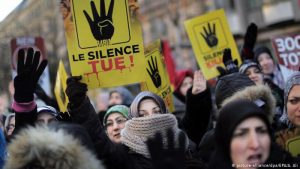