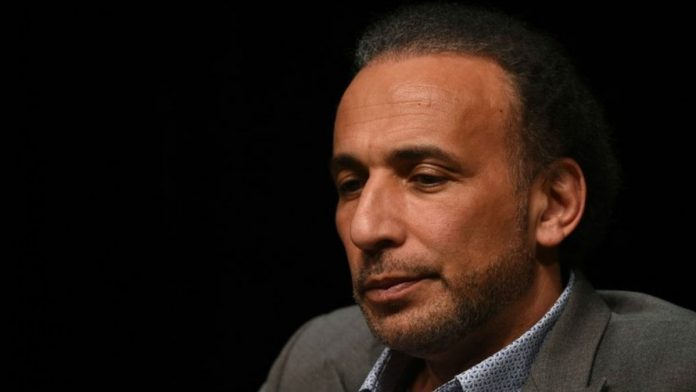 Tariq Ramadan is making his comeback as an intellectual: In mid-October, the (former) idol of European Muslim Brotherhood supporters will open his new research and training center for students from all over the world – “It is God’s will,” he writes on his homepage. After the deep fall, a bold undertaking: Several lawsuits against Ramadan for rape are still pending. He had been in custody in Paris for ten months. For medical reasons – allegedly multiple sclerosis – he was released in November 2018 on bail of 300,000 euros, under the condition to hand over his Swiss passport and not leaving France.

Consequently, the new center, Chifa by name, must be domiciled in France. Native in Geneva, he wants to announce the place of his „institute“ later. In each three-year cycle, face-to-face and distance learning courses are planned. A dozen teachers are supposed to teach a wide range of subjects: religion, spirituality, humanism, psychology, ecology, law, colonialism, racism. Above all content stands the “concern for people, for the equality of all beings in dignity and justice”.

The fact that courses in ethics and feminism are also on the curriculum, has caused malicious comments. “The intellectual dishonesty, hypocrisy and cynicism of Tariq Ramadan have absolutely no limits,” criticizes the French intellectual Anne-Marie Picard. For years, he denied his extramarital relationships. Finally he apologized for it – to God, his family and the Muslims. To this day, he does not want to know anything about rape. In March 2019, he took part in a conference on violence against women in Saint-Denis, what the city administration assessed as an “unacceptable provocation”.

He does not go as far as his brother Hani, who works in Geneva and advocates the stoning of adulteresses. But Tariq’s image of women also conforms to Sharia law. Even many left-wing intellectuals who admired him for his criticism of capitalism, and Islamophobia no longer believe in this, especially after Ramadan received a professorship in Islamic Studies at Oxford University in 2009, thanks to a million donor by Qatar, a country that is famous for financing Islamist ideology in Europe.

In general, the grandson of the founder of the Muslim Brotherhood, Hassan al-Banna, can hardly hide his proximity to the Brotherhood. He defended their mastermind Yusuf al-Qaradawi, who called the Muslims for a holy war in Syria and called Hitler an instrument of God.

Ramadan always saw Muslims in the role of victims. Today he sees himself as a victim of French racism and compares the “Ramadan case” with the “Dreyfus case” (meaning the abusive conviction of a French officer in 1894 for being a Jew). He was brought to court as a Muslim because he called Islam a “French religion”, says Ramadan.

In the coming days, Ramadan will appear before a Paris court and be confronted with two of his plaintiffs.