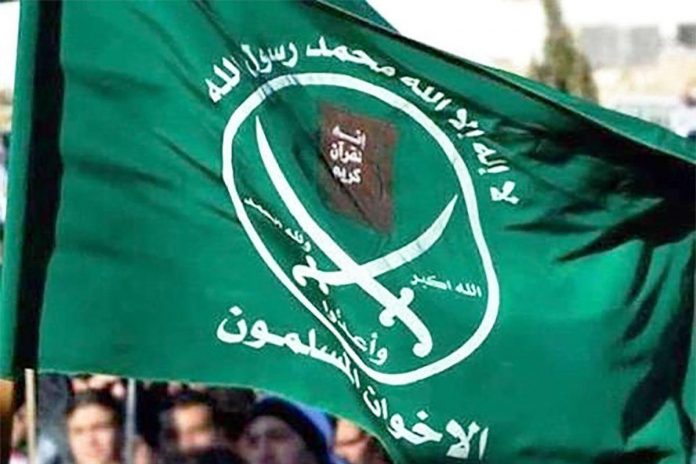 After the Arab Spring, the fall of the Tunisian government opened the way for the local branch of the Ennahda Muslim Brotherhood to take power. After a decade of state rule, Ennahda was expelled in the summer of 2021 and has been politically disintegrating ever since.

More difficulties have recently arisen for Ennahda as authorities have begun investigating the party’s crimes during its tenure. Ennahda’s troubles come at an awkward time: the dwindling fortunes of Islamist groups in the Middle East.

The fall of the Muslim Brotherhood in Tunisia

After the 2011 revolution, Ennahda became the “Islamist establishment” in Tunisia. The group failed to implement the necessary reforms and its political leader, Rashed Ghannouchi, was more interested in consolidating his rule than improving the lives of Tunisians. Ghannouchi was even encouraged to run for parliament and thus for the post of prime minister himself, which may well have been the trigger for the current president to step in and sack the Ennahda government in the summer of 2021.

The Muslim Brotherhood preys on social, political and economic evils. Faced with high unemployment and other problems in Tunisia, it was able to use its “welfare strategy and ideological narrative” to present itself as a solution. Throughout Tunisia there has been strong opposition to some of Ennahda’s most aggressive positions, particularly women’s rights, but after a decade of presence in politics and society, Tunisians have seen through the movement and seen it as a supporter of an agenda that harm the interests of the country.

The question of Ennahda’s finances had become a major public issue in Tunisia because this was never done transparently and there were indications that the financial support came primarily from abroad.

Ennahda is currently in a moment of existential uncertainty, but the real question is whether or not it has anything to offer to the country.

The roots of the failure of the Muslim Brotherhood

In essence, the last decade can be interpreted as the story of the rise and fall of the Muslim Brotherhood. In the wake of the Arab rebellions, the movement had a number of notable advantages:

The Brotherhood also had the advantage in terms of international respectability by being openly nonviolent – distancing itself from the Salafi jihadists like al-Qaeda and the Islamic State – and there was an “illusion” by the West and the Brotherhood itself that majorities in Muslim countries would support Islamists in their majority.

One problem is certainly that the Muslim Brotherhood existed under the slogan “Islam is the solution” but Islam does not provide a governing program so it is ultimately a set of “reactionary social attitudes” which most of the population does not support in the long term. This thwarted the movement, believing it had the support of the majority, and encouraged extreme exaggeration when power was within reach.

In power, the Brotherhood took a “radical majority” perspective: democracy consists of achieving “fifty percent plus one” and then using that mandate to then try to fill the bureaucracy and judiciary with supporters and all other interest groups rule out. This not only frightened the majority of the population, but also the existing state structures.

Political parties that permeate religion with governance are fundamentally no longer capable of winning a majority in the countries of the “Arab Spring”: Such parties have been excellent in the opposition but destructive in the leadership of a country. It must be made clear that the temporary decline of Islamism does not mean that the Muslim Brotherhood is dead, but that it can also regain strength in the future. But there are signs that the younger generation that rose up against autocrats in the Arab Spring has now realized what Islamists – an opposition force for decades – have to offer in terms of governance.

The regional decline of Islamism

It remains skeptical to claim that Ennahda and the Muslim Brotherhood are in sharp decline, as well as that Turkey has changed its behavior: Erdogan still hosts Muslim Brotherhood spokesmen and in his rhetoric he continues to support narratives of political Islam. However, it is important to introduce a regional dimension, as the Muslim Brotherhood must be seen as an international movement and not as a local party. In Tunisia, for example, this means that simply removing Ennahda from power in Tunisia is not enough: the Brotherhood has infiltrated the country for decades and Ennahda has a vast international support system to keep it alive at this difficult time.

Geopolitical interests have added to the damage done to the Muslim Brotherhood in recent years. The anti-Islamist regional alliance – Bahrain, the United Arab Emirates, Saudi Arabia, Egypt, Morocco and Jordan, in addition to the Abraham Accords with Israel – have greatly weakened the Islamist thoughts. The thaw in UAE-Turkey relations has also helped reinforce this trend.

After a decade of power projection by various actors, with Turkey and Qatar trying to create a regional network of Sunni Islamist puppets in powerful positions in the Arab world, which didn’t work, everyone is now overwhelmed and the trend is back in that direction de-escalation.

The region is now experiencing a kind of consolidation:

There are notable exceptions such as Bashar al-Assad in Syria and the Houthis in Yemen – both proxies for the Iranian government which shows no signs of turning away from violence as a means to further its form of “Islamic Revolution”.

A key way to bring the region to this more stable position is to oust Al-Jazeera. A channel that once had populist appeal in the region with its pan-Arab and Islamist rhetoric was now viewed as Qatari propaganda, the mouthpiece of Doha. Al-Jazeera gained support in the streets and squares of the Arab world in the 1990s and during the Arab Spring, but it is now greatly reduced, to the point of being just one broadcaster among many.