The Destiny of Islamic State in Yemen, Between Confrontation and Expansion of Dominance

The Destiny of Islamic State in Yemen, Between Confrontation and Expansion of Dominance

The continuation of Yemeni war and security vacuum paved the way for the advent of   Islamic State in Yemen ISY which launched so many terrorist attacks. It led to the interference of Arabic Alliance headed by Kingdom of Saudi Arabia which got involved in a new conflict against terrorist organizations including but not limited to Houthi Militias. Military operations had an impact, in a way or another, on the sequence of operations against the latter. The emergence of the Islamic State in Yemen will probably have its impact on the future of the solution to the conflict in Yemen, especially Al-Qaeda Organization which is still active in the country. So, the continuation of conflict in Yemen, in the absence of a political solution, may help the Islamic State achieve more gains in Arabian Peninsula. The Arab Alliance, alongside with the Yemeni Legitimate Government, may weaken the Islamic State’s dominance, and hold strict control over its terrorist activities in the country.

This study aims to:

Location of the Study

Time covered by the Study

Since the appearance of the Islamic State in Yemen, late 2014.

While the Yemeni issue is witnessing increasing complications and international demands to terminate the ongoing war in the country, attention has been drawn to the issue of war against terrorism, and how far the war against terrorism is correlated with the mission of Arab Alliance led by Kingdom of Saudi Arabia that is supporting Yemeni Legitimate Government’s forces under the leadership of the Yemeni president, Abd Rabu Mansur Hadi. As many changes have been associated with the Yemeni war which have caused many terrorist activities. The most notable terrorist group is Al- Qaeda in Arabian Peninsula which led to the emergence of the Islamic State in Yemen ISY, and created new strategic options for Arab Alliance and Legitimate forces under the leadership of Hadi as these forces are taking part in control of Jihadi organizations alongside with confronting Houthis supported by Iran. Consequently, any probable future alternatives of the Yemeni scene like the continuation of war or entry in a war-ending political process will be interrelated with terrorism-control strategy in Yemen.

Besides, the Islamic State, especially in Yemen, is trying to have an impact on the military scene in the country through exploiting the state of security vacuum resulted from battles. Every now and then, it tries to re-emerge as a major actor through terrorist attacks it is carrying out in areas controlled by Yemeni Legitimate Government forces on the one hand, and Houthi’s seized areas on the other. Accordingly, an inquiry arouses minds about the efficiency of mechanisms adopted to weaken ISY and curb its activities, as some information refers to many fighters of the Islamic State in Iraq and Sham ISIS who are of Gulf States nationalities to have returned to their homelands. Thus, Yemen may be the most outstanding incubating resort, that is, the probability of the Islamic State’s unexpected dominance growth may have its impact on the future of the Yemeni question, and prolong its time span as well despite the Islamic State’s branch weakness state in Yemen compared to that in Iraq and Syria.

II Factors of Emergence of Islamic State in Yemen

To get started, and have a foothold in Yemen, the Islamic State in Yemen managed, directly or indirectly, to benefit from several factors, and it could declare its presence and activity in the military scene that was ravaging the country. The most outstanding factors are as follows:

III Emergence and Assertion of Effectiveness of the Islamic State

In November 2014, a group called “Mujahidins of Yemen” pledged their allegiance to the Islamic State and its leader, Abu-Bakr Al-Baghdadi, through an audio recording titled “The Yemeni Allegiance to The Islamic State”. However, the identity of that group was unknown, and it was likely an Al-Qaeda- affiliated group. Anyway, the affiliation of the group was not detailed for fear of being targeted by Al-Qaeda in Yemen.

Neither appearance nor activities of the Islamic State had been spotted until the advent of March 2014 in which it declared its responsibility for a mosque terrorist blast in Houthi militias-seized Yemeni capital, Sanaa, and that was followed by a series of terrorist operations throughout the city as well. The Islamic State in Yemen published photos of five members affiliated with it who carried out those attacks, and those photos were the earliest ones published by ISY.

In April of that same year, the Islamic State published its earliest video in which it declared its existence in Yemen under the title “Sana’a Province. ISY pledged   allegiance to Abu-Bakr Al-Baghdadi as a caliph, and it threatened Houthi groups with a series of operations. The video also showed nearly 20 fighters conducting military training.

In October 2015, the Islamic State in Yemen declared its responsibility for a series of terrorist attacks in the capital of the legitimate government. Vice Yemeni president, Khaled Al-Bahhah’s residence was targeted by Katjusha missiles.

By this, ISY declared its existence in four major provinces; Sanaa, Shabwah, Hadhramaut and Eden over a single year after an Islamic State’s branch had been declared in Yemen. As for estimated numbers of its fighters, estimates show only 80 fighters who declared the establishment of the Islamic State in Yemen under the leadership of the Saudi “Bilal Al-Harbi” who was a leader in Al-Qaeda in Arabian Peninsula. The total number of fighters reached 300 in mid-2015. Furthermore, it was likely that their number increased by the year 2016 after 147 Saudi fighters had joined the Islamic State in Yemen, for Yemen was easily accessible via the Saudi-Yemeni borders in addition to many other foreign fighters who also joined ISY. Thus, the number of fighters would have probably reached 500 by the end of 2017.

The Arab Alliance headed By Saudi Arabia took into account the confrontation with Al-Qaeda in Arabian Peninsula alongside with the confrontation of Houthi militias, but dramatic changes that followed in the Yemeni arena, like the emergence of the Islamic State in Yemen, burdened the Arab Alliance Forces, which simultaneously supported both resistance and legitimate forces by waging military operations against the three opposing entities. However, the Arabic Alliance did not definitely focus on annihilation of ISY separately. Instead, there was some kind of coincidence of military operations targeting Al-Qaeda and the ISY at the same time because the ISY could not impose itself on wide clear-cut areas. The Islamic State’s operations were exclusively based on terrorist cells’ activities, whereas Al-Qaeda could make separate groups in Yemen in which the Islamic State cells were active, since those pockets were an adequate ground for the Islamic State. Furthermore, the weakness of legitimate intelligence forces made the Arabic Alliance resort to wage dual operations that targeted both the Islamic state in Yemen and Al-Qaeda at the same time as Al-Qaeda’s dominance spread on a nearly 600 square kilometers along the southern Yemeni coast in mid-2016. This started from the city of Al-Mukalla to the outskirts of the city of Eden. The most outstanding operations waged by the Arabic Alliance against terrorist organizations can be shown as follows:

Throughout 2016, the Arabic Alliance Forces declared the inauguration of a military operation against Al-Qaeda in the city of Al-Mukalla that is located in Hadhramaut Governorate. Through this operation, terrorists were expelled from the city, and the Alliance Forces managed to seize the city. In addition, the legitimate government, in cooperation with the Arabic Alliance, commenced a security operation in Eden to pursue both ISY and A-Qaeda cells. The operation took strict control over the city of Abyan which had been under Al-Qaeda control. Accordingly, the Arabic Alliance could achieve a satisfactory success by eradication of nearly half the terrorist organizations whether affiliated with the Islamic State in Yemen or to Al-Qaeda.

In 2017, operations targeting Al-Qaeda and the Islamic State continued, and the Legitimacy Forces, supported by the Arabic Alliance, could capture and kill a number of terrorist organizations leaders in several areas like Abyan, Lahj and Shabwah. The Legitimacy Forces were able to control the last terrorist enclaves, and terrorists were completely expelled from the city.

With the advent of 2018, military operations and security campaigns continued to pursue radical groups like Al-Jabal Al-Aswad (Black Mountain) group in the northwest areas of Hadhramaut, and Al-Faisal Operation in the west of the city of Al-Mukalla and Eden where the leader of the Islamic State in Yemen, Fadle Al-Bakhishi was killed. Anyway, security operations are still ongoing to pursue terrorist cells, especially those affiliated with the Islamic State in Yemen. This is on the one hand. On the other hand, the confrontation with the Islamic State was not exclusive to the Arabic Alliance, but the International Alliance headed by the United States of America also took part in launching air raids on the Islamic State’s sites and leaders. The earliest air raids launched by the International Alliance were in October 2017. It launched 12 drone missiles on Islamic State’s sites in Al-Baydaa Governorate.

All in all, military operations targeting the Islamic State in Yemen, whether they were carried out by the International Alliance or by the Arabic Alliance, efficiently curbed the activity of the terrorist organizations in Yemen. Those operations were intended to curb any expected structural development similar to what had been made in Syria and Iraq. The operations also inhibited and weakened the organization during its scattered-cells phase which facilitated the mission for the acting bodies through solidification of security and intelligence work alongside with military pressure on Al-Qaida because defections have been improbable. If these defections were probable, they would support ISY by new more affiliated individuals. This dual-goaled strategy may ensure the continuity of short-term state of weakness. However, as long as a political solution is absent, the possibility of preserving the efficiency of operations targeting terrorism, especially in the prevailing security vacuum and state absence will remain questionable.

V Available Alternatives of Annihilation Versus activation of the ISY

Confrontation with terrorism, especially the Islamic state, is passing through several routes, and no defined destiny can be predicted due to data related to the future of the country. The most outstanding scenarios can be stated as follows: 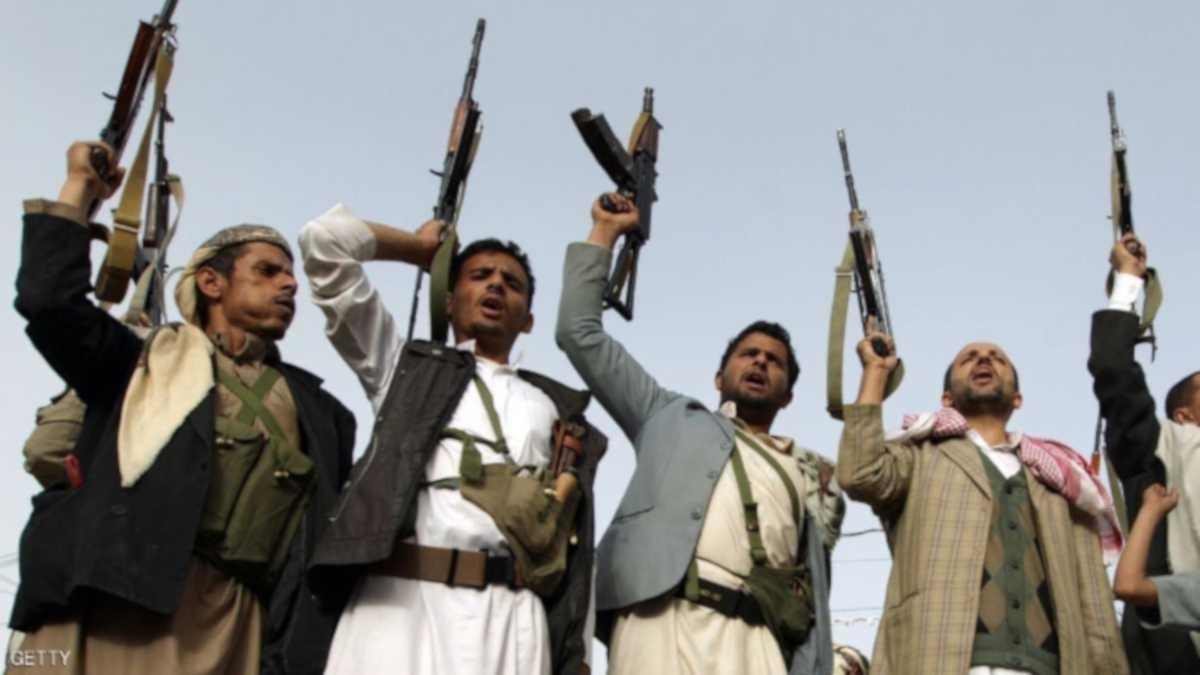 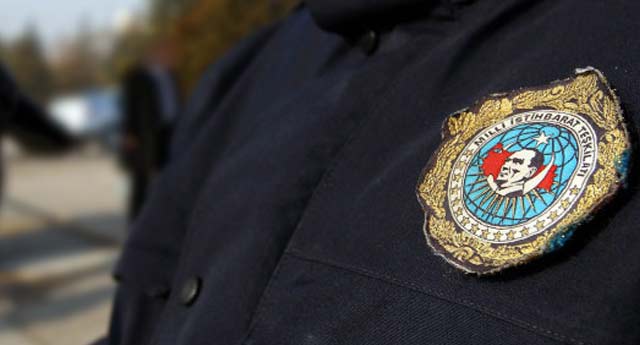 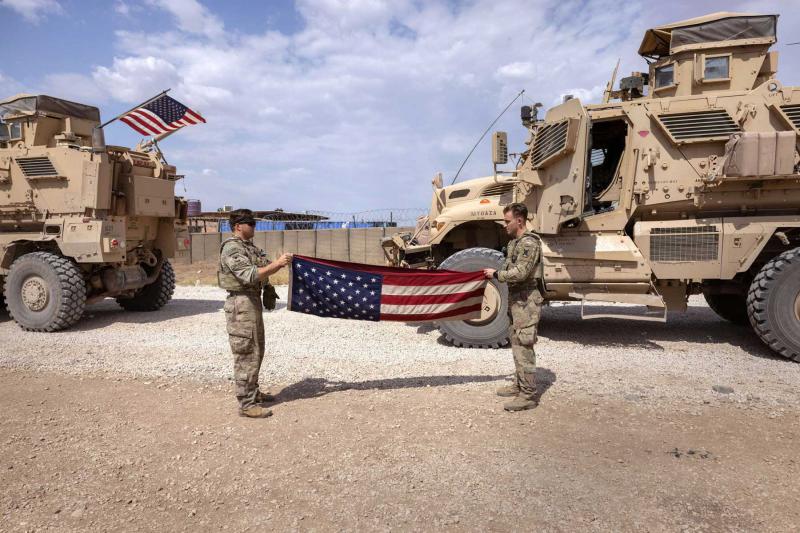