Russia’s invasion of Ukraine not only shook up the European, but also the global peace order. At the European level, this caesura was at times interpreted very apodictically: after 1945, a brutal war began again, with thousands of victims. This ignores the fact that the bloody ethnic-nationalist conflicts in the former Yugoslavia, caused by the brutal superpower fantasies of Serbian nationalists, represented the first major turning point in the center of Europe. The reasons for this ignorance are complex and cannot be discussed here.

In any case, it can be assumed that the confrontation with Russia will continue for a long time, in terms of security policy, but also economically and geopolitically. Due to the reorientation of the energy policy strategy of the European Union, the MENA region is increasingly coming into focus.

The conflicts in the region, which have been going on for some time, are making the current situation increasingly difficult, especially with regard to the economic prospects. The crises in North Africa, refugee flows, Syria’s catastrophe, the Palestine question, the conflict in Yemen, Iraq’s instability and Iran’s nuclear program, all aspects that have shaken the region for decades.

Especially after the US withdrawal, the region is in a phase of reorganization. The main line of conflict continues to run between Riyadh and Tehran: the conservative status quo alliance led by Saudi Arabia, to which Israel is de facto a member, is opposed by revisionist Iran and its “axis of resistance”. Even the feverish talk-diplomacy that has set in between almost all regional powers since Biden took office – direct talks are even taking place between Riyadh and Tehran with Iraqi mediation – should not hide the fact that this fundamental hegemonic conflict remains unresolved. The use of violence continues unchecked and can also break out at any time in other places.

The Middle East and the Russian invasion of Ukraine

It is precisely the extreme instability of the MENA region that could tempt the Russian leadership to promote the outbreak of new or smoldering conflicts – with the aim of tying up Western attention and resources. And possibly to bring themselves into play as an indispensable negotiating partner, as was the case in Syria.

While the West has clearly sided with Ukraine in the course of the Russian aggression, the situation in the MENA region is more ambivalent. A western “axis of outrage” faces an “axis of indifference” in the Middle East. The indignation at Russia’s breach of international law is also so restrained because in hardly any other region of the world are the norms of sovereignty, territorial integrity and non-interference undermined more often than in the Near and Middle East. The West’s own history of intervention in the region, which has seldom been entirely in accordance with international law, also stands in the way of the narrative of Moscow as an unprecedented evildoer.

It is significant that even the West’s closest allies, such as Turkey and Israel, have so far rejected the policy of sanctions and, even when rhetorically condemning Moscow, are mindful of minimalism. On the part of Riyadh and Abu Dhabi, one could even speak of open obstruction due to the refusal to increase OPEC production quotas. The Gulf would be crucial to mitigate the expected supply shock in the event of an EU-wide embargo on Russian oil or gas supplies for the global energy markets.

Relations between the West and the Gulf have thus hit rock bottom at the worst possible time. There is a strategic alienation between Riyadh and Washington. The United States is no longer perceived as a reliable ally in Saudi Arabia. The vehemence of the financial sanctions against Russia also triggers unease here. The full exploitation of dollar dominance seems anachronistic at a time when Riyadh and Abu Dhabi are adjusting to a multipolar world order. The open reflection on the “petro-yuan” – Saudi Arabia and Beijing hold talks on oil sales to China in the local currency renminbi – shows the desire for diversification. A strategy that ultimately suits Moscow.

While Europeans are concerned about the geopolitical and military ramifications of Russia’s full-scale invasion of Ukraine, they are already paying a heavy price in two other areas: energy and the economy. In the face of Russia’s attempts to arm its energy supplies, Europeans are now determined to end their dependence on Russian gas. The European Union recently formally committed to cutting Russian gas imports by two-thirds by 2023. Russian oil – which accounted for 25 percent of total purchases of the product in the EU in 2020 – has already been sanctioned by the United States and itself – by buyers who fear production disruptions. This momentum, coupled with pre-existing imbalances in energy markets, pushed oil prices higher to USD130 a barrel in the first week of March.

As a result of all these factors, Europe’s consumers and businesses have seen their energy bills skyrocket. The West turned to major energy producers and decades-long Gulf partners, only to find — much to its disappointment — that they were reluctant to choose sides in the war.

The direct effects of the war in Ukraine are compounded in a dangerous mix of skyrocketing oil and bread prices. This strengthens the petro-powers of Saudi Arabia and Iran, which are vying for regional hegemony, while further weakening the states in which they fight proxy conflicts or which are already suffering from civil wars and crumbling or weak statehood. The increased avenues of confrontation thus meet with an increased destabilization of weak societies – a situation that is made for a troublemaker like Russia. At the same time, Moscow is already at extremely sensitive points due to its influence on the nuclear negotiations with Iran and as the guarantor of the fragile status quo in Syria.

Russia and the Middle East

Since annexing Crimea in 2014, Russia has expanded its position of power in North Africa and the Middle East – mostly at the expense of the European Union. In 2008, the EU founded a “Union for the Mediterranean” in Paris with a big bang, with all the heads of state and government in its southern neighborhood participating.

The tone was set there – politically and economically. Today, however, Europe can no longer interfere in the central conflicts in Libya, Mali, Syria and Iran. Because Moscow can block, not only through its right of veto in the UN Security Council, but in particular through its military presence in Mali, Libya and Syria as well as through its military agreements with Algeria and Egypt.

Negotiations on a new version of a nuclear agreement with Iran are negotiated under the leadership of the EU foreign policy representative in Vienna for weeks. Recently, diplomats in London, Paris, Berlin, Beijing and Tehran have been expecting a compromise, because after the change of government in Washington, the Europeans managed to reintegrate the United States into this multilateral agreement.

In the past, Moscow has played a constructive role in containing the threat of military exploitation of Iran’s nuclear program as Russia has sought to prevent a nuclear Iran on its borders. But now the Kremlin made an easing of the sanctions imposed in the wake of the war against Ukraine a precondition, thereby preventing further progress.

With regard to Tehran, Moscow is now primarily concerned with further excluding Iranian oil and gas from the world market so that the West does not get alternative supplies so quickly. As a result, to the disillusionment of the West, the nuclear negotiations are currently on hold. Because without Moscow, the UN Security Council will not pass a new agreement with Iran. The US State Department appears to be seeking a compromise with its Russian counterparts.

The Iranian leadership, in turn, needs this agreement in order to be able to legally sell oil and gas on the world market again. Should Tehran falter, Iran could apply pressure elsewhere by further fueling simmering conflicts in the Middle East.

Russia’s military intervention in the Syrian war from 2015 onwards played a major role in destroying the country and causing its citizens to flee. Half of Syrians no longer live where the war broke out in 2011. Six million have fled abroad, and six million are fleeing within Syria itself.

The best way for the UN and the EU to reach these people who need help is through the border crossings from Turkey and Iraq. Until June 2021, the UN Security Council authorized four more humanitarian border crossings into Syria. In June 2021, Russia used its UN veto power to limit the number to just one free crossing.

Moscow wants to put pressure on the West to finance reconstruction in Syria and to diplomatically recognize the regime of ruler Assad. The US and the EU reject this as an instrumentalization of humanitarian aid for Syria. In July 2022, the UN mandate for the last remaining free humanitarian passage to northern Syria was renegotiated.

Russia is likely to veto the extension of this mandate. This, in turn, could leave the EU in a quandary of having to cooperate with the Syrian regime in distributing humanitarian aid if it wants to continue helping Syrian refugees and internally displaced people in the country – something Brussels wants to avoid.

Some of the most important escape and migration routes from West and Central Africa run through Mali and Libya to the Mediterranean Sea. Neither country has a legitimate central government that could put warlords, smugglers and terrorist groups in their place. European stabilization measures and political roadmaps for de-escalation, such as the Berlin declaration on the Libyan conflict, are already failing.

External actors such as Russia signed the declaration to withdraw their mercenaries from Libya, then allowed allied soldiers from the private Wagner group and loyal fighters from Syria to stay in eastern Libya, and shipped military equipment to General Haftar’s counter-government via Egypt. The government in the capital Tripoli is also supported militarily by Turkey. As a result, Libya remains divided and the EU, despite being a close neighbor, has little leverage.

At the same time, France is withdrawing its troops from the Sahel state of Mali. Moscow, on the other hand, also sent mercenaries from the Wagner group there. In addition, the Kremlin has considerable political influence in North Africa through military agreements. In Algeria, from which Europe now wants to import more gas, and in Egypt, for which the EU is providing more development aid for social stabilization. With military withdrawal, fear of more migration and development aid without return, the EU is further restricting its ability to act in North Africa, while Russia plays a significant role. 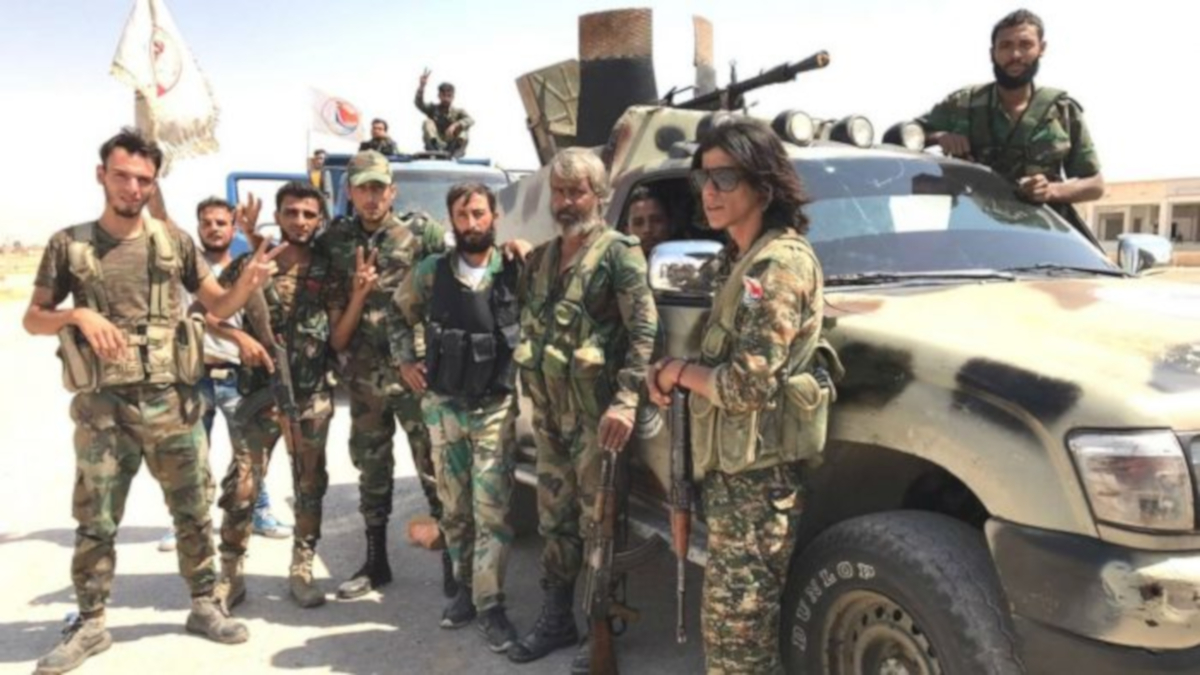 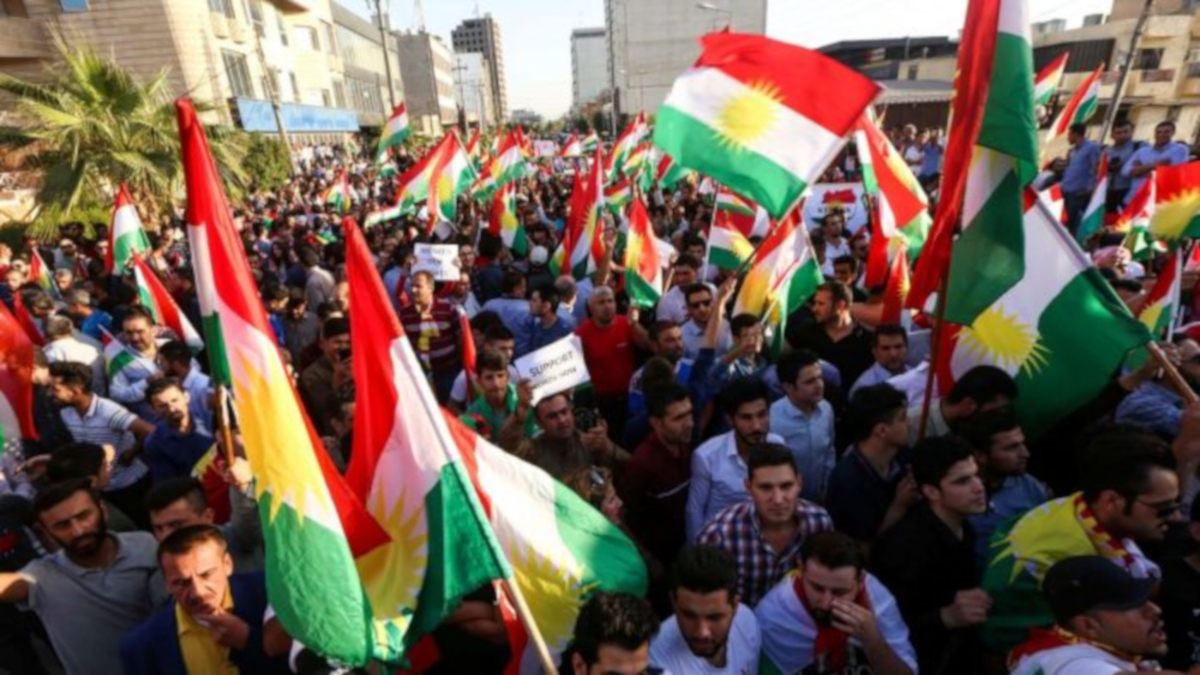 Kurds in Iran, from Battle of Damdam Castle to Mullah’s Regime, Eastern Kurdistan