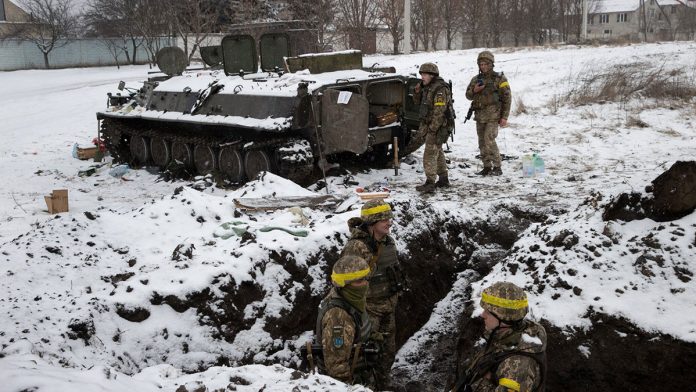 The Russian army’s brutal invasion of Ukraine is a turning point for Europe, which for decades had felt safe and slumbered in a kind of self-abandonment. This has now changed massively. In his most recent government statement, German Chancellor Scholz spoke of a “turning point”.

What are the short-term and long-term consequences of this for the MENA region?

The future of Ukraine, the future of Europe is at stake, the specter of all-out war looms. Unless Russia is stopped in Ukraine, the repercussions for European interests will reach far beyond the two countries, with the Middle East and North Africa also affected.

The war in Ukraine is likely to create new problems for Europe in the region. While the states of the Middle East and North Africa will not be able to replace Russia as Europe’s main energy supplier, they will want to secure greater influence in the West. This could be a setback to the Biden administration’s efforts to shift its focus away from the Middle East and toward Asia, but it could create new opportunities for European diplomacy, such as mediation efforts between Algeria and Morocco to open energy pipelines.

Meanwhile, rising tensions between the West and Russia are likely to hamper regional stabilization efforts, particularly in Libya and Syria. All-out war between Russia and Ukraine could also cause global energy and wheat prices to surge. This could have devastating humanitarian implications for already fragile states in the Levant and North Africa. Already economically troubled regional states could become even weaker and more vulnerable to outside pressures. This dynamic is particularly dangerous in a region where rising bread prices have so often been an indicator of political upheaval and general unrest.

The war in Ukraine underscores the dangers of Europe’s dependence on Russian gas. Current tensions have fueled fears of disruption to Russian gas flows. This would exacerbate existing energy shortages and result in even higher prices for European consumers who are already experiencing inflation. Against this background, replacing Russian gas with gas from the Middle East seems an attractive solution. But it’s easier said than done.

Qatar, as the world’s second largest producer of liquefied natural gas (LNG), has so far been the focus of efforts to find alternative energy supplies. Washington has been urging Doha to divert gas exports to Europe since late January. However, production in Qatar is close to maximum capacity as much of the supply is tied to contracts with key customers in Asia. If the US fails to persuade its Asian partners to release part of its purchases for delivery to Europe, new gas supplies will be limited.

Qatar’s bargaining power is strengthened by a lack of alternatives, especially as Saudi Arabia and the United Arab Emirates do not have comparable LNG production and export capacities. But Saudi Arabia is also important to the energy mix in other ways. An escalation of the Russia-Ukraine conflict could reduce Russian oil supplies, prices of which have already skyrocketed. Riyadh is under significant US pressure to increase oil production in order to drive down prices. Saudi Arabia could also sense an opportunity to challenge Russia’s dominance of the Eastern European oil market, using its recent forays into Poland to try to grab a bigger global market share.

North Africa presents another potential solution to Europe’s energy problems, given the positions of Algeria and Libya as possible alternative gas suppliers. But this too would pose significant complications, not least the way North Africa’s chaotic politics could threaten stability of supply.

Escalating tensions between Algiers and Rabat have already halted energy exports through the pipeline linking Algeria and Spain. Longstanding animosity between the sides offers little hope of a quick resolution. However, Algeria could still provide LNG supplies to Europe or export more gas to Italy via a pipeline.

Meanwhile, Libya’s political instability and ongoing threat of conflict make it a problematic energy partner, especially given its limited additional capacity. Russia could further complicate this dynamic by using its presence in eastern Libya and the country’s oil fields to disrupt energy flows to Europe.

Russia’s war in Ukraine could give the countries of the Middle East and North Africa a significant new influence over the US and Europe. Both Qatar and Saudi Arabia are likely to look to use the energy momentum to bolster their positions. The US designation of Qatar as a key non-NATO ally in January 2022 could be a gesture in this direction. But Qatar will likely want Europe to make concessions. Topping the list could be that the European Commission is shelving a four-year investigation into Qatar’s alleged use of long-term contracts to prevent gas flows into the European single market.

In Saudi Arabia, Crown Prince Mohammed wants to escape the status of international pariah he has enjoyed since the assassination of Jamal Khashoggi in 2018. Riyadh may seek to use US and European demands for increased oil supplies to win back favor with the West. This could mean a long-awaited meeting with US President Joe Biden and a general easing of US criticism of Saudi Arabia.

The Western priority of keeping Turkey and other regional states on the sidelines is likely to overshadow concerns about values and human rights.

Turkey will also be an important part of the equation, as it is a NATO member and has close ties with both Russia and Ukraine. Like MBS, Turkish President Recep Tayyip Erdogan has been shunned by Europe and the Biden government. But the war in Ukraine will increase Turkey’s importance.

Russia and the West are now competing to drag Ankara behind their respective positions in Ukraine – with Washington keen for Ankara to continue its arms sales to Kyiv. Turkey is unlikely to fully ally with the West against Russia, given its complicated relationship with the country. But these dynamics will no doubt lead to a more assertive Turkish foreign policy — particularly in the Mediterranean and Syria — and toned-down Western criticism of Erdogan’s domestic behavior.

The Western priority of keeping Turkey and other regional states on the sidelines is likely to overshadow concerns about values and human rights.

Turkey shifted its rhetoric to describe Russia’s attack on Ukraine as a “war” on Sunday and vowed to implement parts of an international pact that would potentially limit the transit of Russian warships from the Mediterranean to the Black Sea.

Kyiv had appealed to Ankara to prevent more Russian ships from entering the Black Sea, from where Moscow launched an attack on Ukraine’s southern coast. At least six Russian warships and one submarine transited the Turkish Straits this month.

“It’s not a few airstrikes now, the situation in Ukraine is officially a war… We will implement the Montreux Convention,” Turkish Foreign Minister Mevlut Cavusoglu said in an interview.

Considering its Western commitments and close ties with Moscow, Ankara has in recent days called the Russian attack unacceptable, but as of Sunday did not call the situation in Ukraine a war.

The rhetorical change allows Turkey to enact the articles of the 1936 Montreux Convention, which allows it to restrict ship transit of its Dardanelles and Bosphorus Straits during war or when threatened.

However, Cavusoglu reiterated that Turkey cannot prevent all Russian warships from entering the Black Sea due to a clause in the pact barring those returning to their registered base.

“This exemption should not be abused. Ships that declare that they will return to their bases and pass through the straits should not be drawn into the war,” Cavusoglu said.

Turkey has good relations with Russia and Ukraine. Though NATO members have sanctioned Moscow, any move too far by Ankara at a time of domestic economic turmoil could hurt its heavy Russian energy imports, trade and tourism sectors.

If tensions in Ukraine lead to further European sanctions against Russia – or other similar punitive measures – Moscow can use its position in Libya to retaliate, including by exploiting new conflicts and increased migration flows to put pressure on Europe The intensifying conflict in Ukraine could hamper Russia-US Syria talks and even prevent modest progress on humanitarian issues.

A major unknown is whether the war in Ukraine will affect negotiations to restore the Iran nuclear deal. Russia has played a constructive role in recent talks, working closely with Western actors to get Iran back into compliance. But the crisis in Ukraine could push Moscow to take a more disruptive approach to easing pressure on Tehran. For its part, Iran may feel that rising US-Russia tensions and higher oil prices are giving it breathing space and increasing its bargaining power.

The United Arab Emirates, for example, will be wary of alienating Russia by rapprochement with the West. This consideration could also limit Riyadh’s willingness to use the crisis to try to capture some of Russia’s current share of the oil market. Over the past decade, security and economic ties between Russia and several Middle Eastern states have blossomed, motivated by feelings of waning US interest in the region.

It is likely that Israel will take a similar stance. Israel regards the US as its most important international ally. But ever since Moscow deployed its military to Syria, Israeli officials have viewed Russia as their new neighbor to the north. They depend on Russia’s cooperation to conduct airstrikes against Iran-linked targets in Syria.