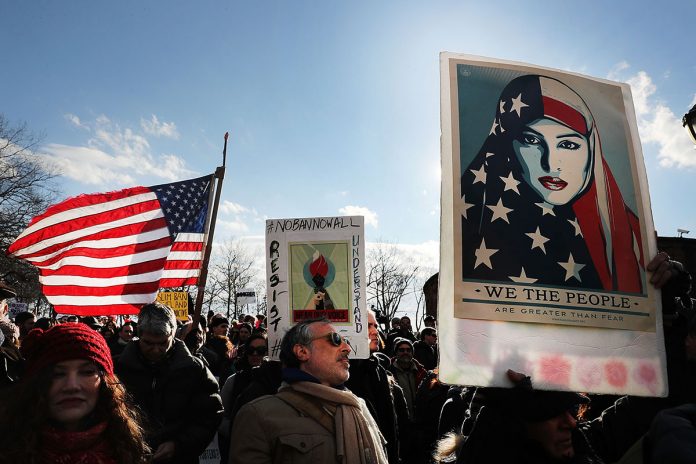 This fund is a financial institution founded in 1973 in the US state of Indiana by the “Muslim Students Association in the USA and Canada” (MSA). The reason for founding this institution was to “serve the best interests of Muslims and achieving the interests of the association.“ The founders of the association were Hisham Yahya Al-Taleb, Jamaluddin Barzinji, Ismail Farooqi and others. The institution has a close relationship with the “Islamic Society of North America”.

The NAIT Foundation was especially for the establishment of mosques, student houses and Islamic centers very important for the Muslim Brotherhood network in Canada. Currently the MENA Research and Study Centre has no clear information about how many Islamic properties the Foundation Institute controls in Canada and the USA. Estimates vary between 25% and 75% of all islamic properties in Canada and the US. The foundation currently claims to hold mortgages for more than 325 mosques, Islamic centers and Islamic schools located in 42 US states.

The fund at the moment owns real estate assets for Islamic schools and centers in more than 40 countries around the world, according to the official website of the foundation [1]. The board of Trustees of the foundation includes:

The foundation has already started a discussion against information of an FBI memorandum [2] declassified in 2008. The memorandum of the US security organization described the “holy war” of the institution, stating that the North American Islamic Fund received financial and organizational support from Middle Eastern countries in 1987 in order to plan, organize and finance protests against American policies, anti-Israel demonstrations, pro-PLO demonstrations, and in support of the Islamic Revolution as called for by the government of Iran. [3]

A third FBI memo, dated 1988, identified the Islamic fund of North America, as one of several “Muslim Brotherhood organizations” that are “engaged in organizing political support” for a long-term plan that seeks to “establish an Islamic Revolution in the US and achieve political control over all non-Islamic governments in the world”. [4]

In the 2007 trial that investigated allegations, saying that the now-disbanded Holy Land Foundation for relief and development had been involved in illegal financing of terrorism, both NAIT and ISNA were named as “unindicted co-conspirators” and “entities that were and / or are still members of the American Muslim Brotherhood”. Prosecutors presented abundant evidence that ISNA had used NAIT to transfer funds to Hamas leaders such as Musa Abu Marzouk, and to a number of Hamas-run institutions, such as the Islamic University of Gaza and the Islamic center of Gaza.

The Council is the Fiqh (islamic science) arm of the MB, through which it controls the field of Fatwa in Canada and the US. The origins of the council go back to the committee of religious affairs of the Association of Muslim students in the US and Canada in the early sixties. This Religious Affairs Committee evolved into the Fiqh committee of the Islamic Society of North America (ISNA) after the founding of ISNA in 1980. With the “growing needs of the Islamic community and the complexity of the issues they face,” the Fiqh committee was transformed into the Fiqh Council of North America in 1986. The council continues its work as one of the institutions of “ISNA”. [5]

The “Fiqh Council of North America” was run by a Canadian academic of Indian descent, Muzammil Siddiqui, who held leading positions in Muslim Brotherhood networks within the US and Canada, such as his presidency of the “Islamic Society of North America” (ISNA) from 1997 to 2000, and also for the Islamic fund of North America (NAIT). The executive committee of the organization also includes:

The ECCD is one of the arms of the Egyptian Muslim Brotherhood network. It has been established in the Canadian capital Toronto in September of 2013. Today, the alliance’s activists are active in several major cities of the country, including Ottawa, Montreal, Toronto, Quebec, Hamilton, Winnipeg, Regina, Vancouver, Kingston and St. John.

The coalition was created “to provide support to Canadian and Egyptian defenders of democracy and Human Rights.“ “It coordinates and cooperates with individuals, groups and institutions supporting democracy locally and globally, but the alliance does not express or adopt the ideological views of any of these entities or individuals and is not affiliated or linked to any entity, institution or political party, either inside or outside Canada,” according to the alliance’s website [6].

In practice, the activities of the alliance reveal that it adopts the Muslim Brotherhood agendas, through:

It is believed that the Egyptian activist “Ahmed Abdel Kader Al-Banan” is the head of the coalition [8]. Prominent Egyptian activists like Mohamed Sherif Kamel, Ihab Latif and Hossam Al-Metem are members of the organization as well.

It is another arm of the Muslim Brotherhood network in Canada. The organization has been founded in 2015, with the stated goal of “educating and empowering the wider Muslim community to participate in the Canadian political process” [9]. During its work on the ground the foundation mainly focuses on guardianship of Muslim voices in Canada and the formation of a pressure group on behalf of Muslim communities in the political and electoral scene in Canada.

Last May (2022), the foundation organized many activities in preparation for the elections of Ontario, the largest province of Canada, including the “Muslim Vote weekend” on May 20-22 and 27-29 of the same month. Additionally the foundation organized phone calls, knocking on doors, distributing leaflets, and targeting Muslims in more than 150 mosques, according to the Canadian Muslim Vote Foundation. Foundation officials are betting that Muslim voters will be one of the game-changing factors in determining who will be the next prime minister” [10].

Organization “Muslim youth in Canada” (MY):

A youth organization founded in the early nineties of the last century, and aims to instill the spirit of isolation in Muslim youth under the name of “preserving the Islamic identity”.

The platform provides education parallel to government education, and is considered the largest off-campus platform for organizing the Muslim youth in North America. With the aim of domesticating young people and adolescents, the Muslim Youth of Canada organizes summer and winter camps for females and males separately. It has also established an interconnected network of local youth groups called NeighborsNets across the US and Canada [12].

The headquarter of the „Muslim youth“ is located in the city of Mississauga, Ontario. The organization also runs local branches in Milton, Calgary, Durham, and Winnipeg.

It is noteworthy that the organization says [13] that it is registered as a “charitable foundation” with the number 118951169RR0001, and during the research the MENA Research and Study Centre found out that this number belongs to the Islamic Circle of North America Foundation [14], which reveals the strong interconnection between Muslim Brotherhood organizations in the US and Canada.

The Muslim Youth in North America is a sub organization of ISNA and is mainly active in the US and Canada. The organization was founded during the” first Winter Conference of Muslim Youth “in December 1985, through the efforts of leaders from the group, most notably the Egyptian” Ahmed El-Kady ” (1940-2009). [15]

The headquarter of the organization (MYNA) is located in the city of “Mississauga”, Ontario. The organization is run by” Habib Qadri”, an American of Indian descent and by “Syed Hammad Hussein”.

The organization uses traditional Muslim Brotherhood strategies to onboard and recruit new members, which include attracting young people and youth by involving them in its activities such as summer and winter camps, foreign trips and events for religious occasions, not to mention regular lessons and meetings.