The Murder of Al-Zawahiri: Highlights of the Event

The Murder of Al-Zawahiri: Highlights of the Event

Third of August, around half past four in the morning Kabul time… A seventy-year-old man stands on the balcony of his house. And on the other side of the hemisphere, in the “Situation Room”of the White House, US President Joe Biden takes a farewell look at the house via satellite, before giving the green light to bomb it. A drone launches two Hellfire missiles equipped with six sharp blades to penetrate the target’s body and kill the most famous Egyptian doctor, not in his profession, but for being the leader of Al-Qaeda Ayman al-Zawahiri.

Ayman Al-Zawahiri, the No. 1 Wanted in Washington, was killed in the center of the Afghan capital Kabul in an airstrike – carried out by US intelligence – the first of its kind after the US withdrawal from Afghanistan last summer.

US President Joe Biden said on Monday evening that the second leader of Al-Qaeda and successor to Osama bin Laden was killed in a US strike in Afghanistan at the weekend, saying that “justice has been done”.

Zawahiri, 71 years, has managed to hide from the eyes of US forces for eleven years, despite the presence of US troops on the border between Afghanistan and Pakistan.

Biden explained that the intelligence services located Al-Zawahiri earlier this year, noting that no one from the Al-Zawahiri family or other civilians were injured in the raid.

According to public information, the targeted house was located in the Sherpur district of the Afghan capital, which Kabul residents call the “Thieves’ Quarter” as a stronghold of warlords and corrupt officials. The U.K. Embassy in Kabul is located less than 1,000 feet to the southeast of the house.

Initial reports of the assessment of the operation confirmed that the impact of the strike was very limited, there were no explosions and there did not appear to be any casualties.

“The strike was carried out by a drone, and two Hellfire missiles were fired at Ayman Al-Zawahiri,” a senior US official said.

The Hellfire R9X missile does not contain any explosive device, but it is equipped with six sharp blades emanating from the missile to cut and tear the target into pieces. It is often used to liquidate the leaders of jihadist groups, in order to avoid civilian casualties.

The killing of Al-Zawahiri in Kabul raised doubts about the guarantees provided by the Taliban to the US in 2020 that the harboring of Al-Qaeda leaders in Afghanistan would not be tolerated.

The death of Zawahiri sparked much speculation about who would succeed him at the head of the organization, which was founded during the Afghan jihad between August 1988 and late 1989.

It seems that the Egyptian jihadist Mohamed Salah Zeidan, known as the “Sword of Justice”, is the favorite to succeed Al-Zawahiri, considering that he was one of the founders of the organization and contributed during the 1990s to the creation of the infrastructure of Al-Qaeda in the Horn of Africa, especially Somalia. He was also involved in the planning of the 9/11 attacks.

It is known that Saif Al-Adl has a strong relationship with Iran, where he stayed for a while along with several members of the Al-Qaeda Shura Council.

UK and the US have previously provided financial rewards of 7.5 million pounds and 10 million dollars to those who provide information about him after his participation in the bombings of the American embassies in Nairobi and Dar Al-Salaam in 1998, which left 224 dead.

The list of candidates for the post also includes other influential figures, including the son-in-law of Al-Zawahiri and the head of media affairs in the organization, Mohammed Abati, also known as Abdulrahman Al-Maghrabi, which is considered as an escalation of a new emir of the organization from outside the remaining founders of Al-Qaeda, known as the “Guardians of Al-Qaeda,” according to followers of jihadist Affairs.

For its part, the ICCT Counterterrorism Center points to other candidates, such as Abu Ikhlas Al-Masri, an operations commander at Al-Qaeda, Mohammed Amin Al-Haq, an Afghan by nationality, the security official of the former leader of the organization Osama bin Laden, and Ali Al-Bakri, known as Abdul Aziz Al-Masri, a member of Al-Qaeda’s Shura Council, an expert on explosives and chemical weapons, Washington has set a reward of 5 million dollars for giving information about him.

Others are more likely to take on leaders loyal to Al Qaeda in Africa, which would set a “precedent”. Among the nominees are the Algerian Abu Obeida Youssef Annabi (better known as Yazid Mubarak), the leader of the “Al-Qaeda in the Islamic Maghreb”, Ahmed Diri, also known as Ahmed Omar, and Abu Obeid, the leader of the Somali “Al-Shabaab”.

Some believe that Zawahiri did not have the charisma of his predecessor bin Laden, but he was a historical reference for jihadist groups and perhaps it was him who coined the term global jihad against the Americans and the Soviets before them, and therefore deserved the title of Mufti of “global jihad”.

Most analysts agree that during the leadership of Al-Zawahiri (2011-2022), the organization witnessed a severe decline on many levels, as it moved from the state of strict centralization under bin Laden to a state of fragmentation, and some groups came out on his leadership, as happened when the Al-Qaeda branch in Iraq refused to commit allegiance to the Central Command, which led to the separation of the branch that later became known as the “Islamic State”. The same thing happened with the Al-Nusra Front (currently HTS) in Syria.

During Al-Zawahiri’s reign, Al-Qaeda also witnessed a decline in the recruitment of extremists carrying out bloody attacks on its account, especially with the growing influence of the “ISIS” organization since the end of 2014.

On the ground, Al-Qaeda still has a number of branches around the world, although it has declined from more than ten branches at the beginning of Zawahiri’s tenure to four at the moment.

The “Al-Qaeda in the Arabian Peninsula”, formed in 2009 from the Union of the Saudi and Yemeni branches, is one of the active forces on the ground in Yemen. Although it has clearly reduced its activity over the past two years under the pressure of its internal crises, lack of funding and having to confront ISIS, which is active in its areas in the city of Abyan, as well as the transition of the leadership of the organization to Khalid Batarfi, after the murder of Qassim Al-Rimi in an American raid in February 2020.

In Syria, the “Hurras Al-Din” branch of the organization, which consists entirely of foreign fighters and non-Syrians, is fighting to stay in the north of Syria. The Syrian branch includes the groups “Army of the Epics, Army of the Coast, Army of the Badia, Coast Companies, Kabul Company, Soldiers of Al-Sharia”, remnants of “Soldiers of Al-Aqsa”, in addition to a number of small factions that have a history of ideological and leadership relations with the “Al- Qaeda”

Over the past years, the liquidation and assassination of leaders and active elements in “the Guards of Religion” has doubled as a result of the targeting of the international coalition, and the harassment and prosecution campaigns carried out by the “HTS”, which has influence in the province of Idlib, the western countryside of Aleppo, Sahl Al-Ghab north of Hama, and the hills and countryside of Latakia East.

Al-Qaeda in the Sahel (Nasrat Al-Islam and Muslims group) is active in West Africa, considered by some to be an extension of Al-Qaeda in the Islamic Maghreb.

This branch is considered one of the most active and valuable branches of the global organization by carrying out kidnappings of Westerners and launching attacks across vast areas of territory, the latest of which was a few weeks ago when the organization’s militants, in cooperation with a local group called Massina, targeted coordinated, serial and unprecedented attacks on several camps of the Malian army in the center of the country, led by the Kati camp, near the capital Bamako, and the residence of the transitional President Colonel Assemi Guetta.

In East Africa, since the beginning of 2004, “Al-Shabaab Al-Mujahideen” has been active, an armed group that is intellectually affiliated with Al-Qaeda and has adopted numerous operations that have claimed hundreds of lives, and is currently led by “Ahmed Diri Abu Obeida”, who succeeded Ahmed Abdi Godney (led the movement from 2008 to 2014).

The Future of Regulation

As the curtain fell on the page of the famous jihadist, many questions were raised about the future of Al-Qaeda in the post-Zawahiri period.

Who is ISIS-Khorasan that is Fighting Taliban and Americans? 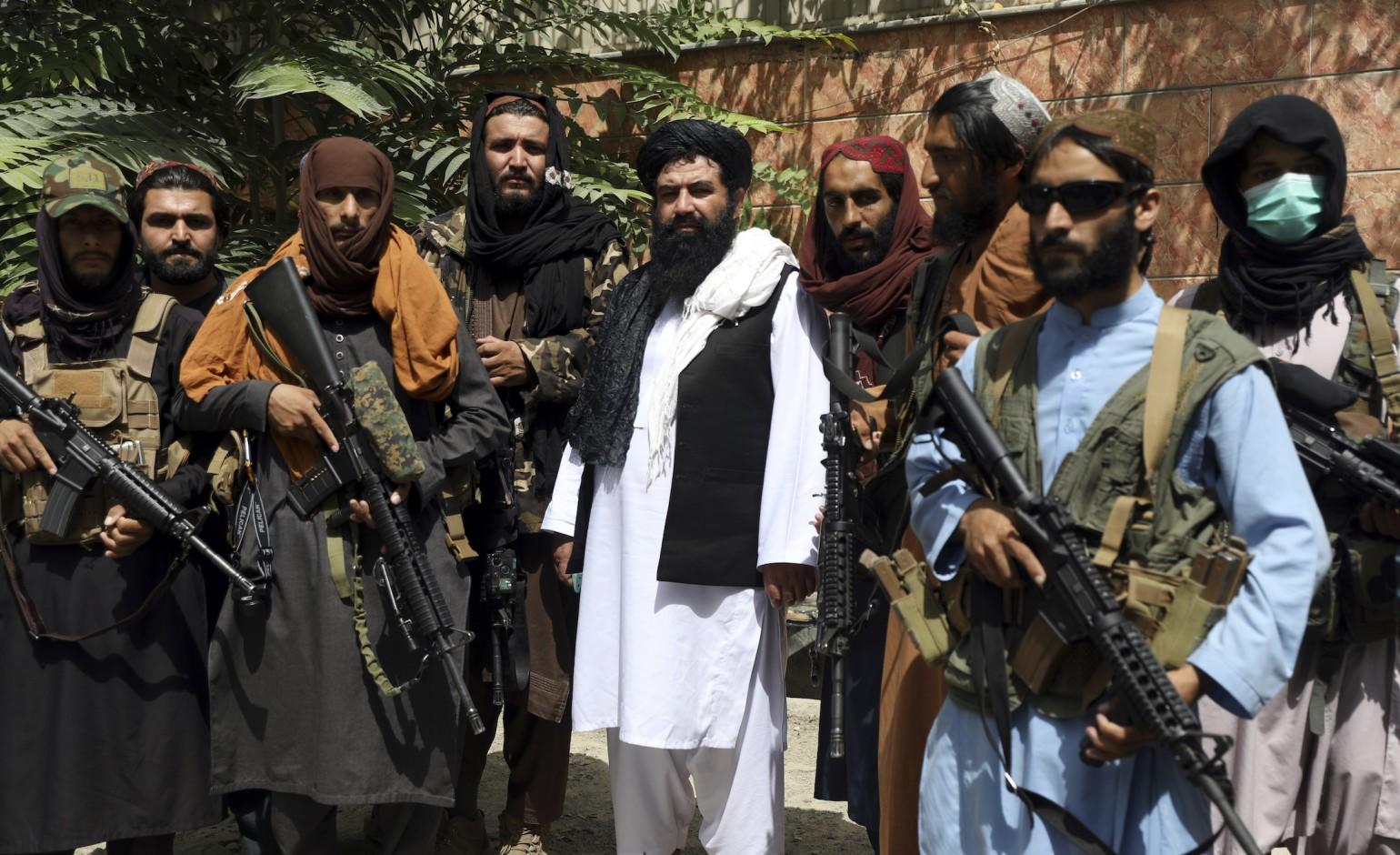