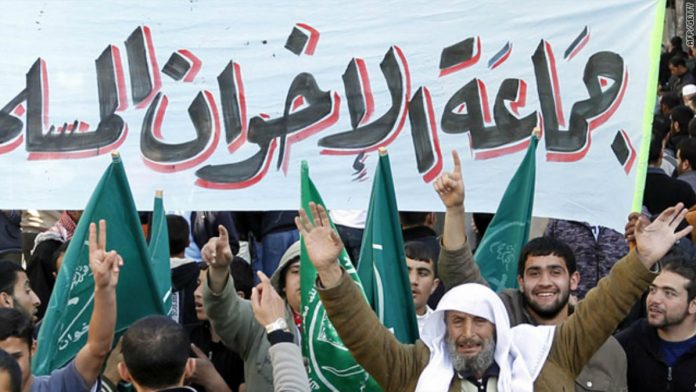 The secret network of the Muslim Brotherhood (MB) has found a new home in Europe and the USA. The US extremism researcher Lorenzo Vidino and his study “The Closed Circle” shows how the branches of the MB are organized in Western countries.

Interviews with dropouts are a suitable method to gain insight into closed organizations and isolated milieus, such as the Muslim Brotherhood. Lorenzo Vidino, the director of the “Program on Extremism” at George Washington University in Washington, DC, has presented an analysis of the structures, primarily based on statements from former officials. Vidino emphasizes that the Muslim Brotherhood does not only include the mother organization of Islamism founded by Hassan al-Banna in 1928, but also represents a worldwide network of organizations.

An important finding from the interviews conducted with seven former Muslim Brothers is the existence of an elitist »core brotherhood«, which the initiated aggressively deny in public. The Core MB is organized in a similar way in Europe as in the Arab countries. The recruiting process usually takes several years, during which one deals with Islamist literature in reading circles and prepares for support organizations. Part of the secrecy strategy is that the recruits are left in the dark about its true organizational structure.

The smallest unit in the organization of the Muslim Brotherhood is the „usra“ (family). These groups consist of five to ten contributory members who meet weekly to read writings such as the ones of Yusuf al-Qaradawi, the most important ideologist of the Muslim Brotherhood. The „usra“ represents the closest social environment in which one supports one another in personal or financial matters. Several “families” form a regional representation, the so-called „shura“ (assembly, council), which, due to the small number of members in some western countries, can also be a national representation.

The Muslim Brotherhood is organized in a strictly hierarchical manner. This authoritarianism not only causes anger among members who grew up in the West, but is also regularly a point of content in Arab countries. According to Vidino, there is dissatisfaction with the clandestine structure of the Muslim Brotherhood, especially among members in Western countries. After the historical experience of brutal persecution of the Muslim Brotherhood in Arab countries, the strategy of secrecy is largely accepted by the members there, while members working in the West tend to question it.

Influencing democratic parties in the West is part of the strategy. The decision as to which parties to join is rarely made for reasons of content, but is usually the result of a cool power-thinking.

The Islamist Kamal Helbawy, who was born in Egypt in 1939 and currently lives in London, turned away from the Muslim Brotherhood because he rejected the cover-up tactic. In an interview he said: “We don’t sell opium or drugs, we propagate the ‚da’wa‘ (for example: call to Islam) (…) And I don’t want to be ashamed of the choice of my da’wa program.” Helbawy was one of the first generation of Muslim Brotherhood in Europe. He founded both the Muslim Council of Britain (MCA) and the Muslim Association of Britain (MAB) in London. According to Vidino, the MCA is an organization influenced by the Muslim Brotherhood; active members of the Brotherhood take on central tasks there, but it is also open to non-members. The MAB, on the other hand, is the centre of the Muslim Brotherhood with direct connections to its core structure.

The interviews make it clear that the individual organizations are closely connected with one another. Some functionaries are responsible for missionary work, others are trained for political lobbying or financing. The division of labor is embedded in a long-term strategy. Former Danish official Ahmed Akkari told Vidino: “We understand that the West is short-sighted (…) and basically demands three things from us: money, votes and not being bin Laden.”

The Islamist preacher Yusuf al-Qaradawi has long taken the position that the West should be islamized through da’wa and not through violence. The rejection of violence, however, remains tactical: In certain cases, terror is still considered a legitimate means, for example in the fight against the “Israeli occupation” or the US military intervention in Iraq in 2003. The strategy of “not being bin Laden” is so successful that it has been used in numerous national organizations close to the Muslim Brotherhood.

Influencing democratic parties in the West is part of the strategy. The decision as to a party membership is rarely made for reasons of content, but is usually the result of a cool power-thinking. In Sweden, according to Pierre Durrani, the Muslim Brotherhood has been working with the“ Sveriges socialdemokratiska arbetareparti“ (SAP) since the 1990s. This cooperation became official in 1999, when the Muslim Brotherhood-dominated „Sveriges muslimska råd“ (SMR, Swedish Muslim Council, an umbrella organization similar to the German Central Council of Muslims) concluded an agreement with the SAP, in which a quota for Muslim candidates was set. Because Islamic particularism is often presented under the guise of multiculturalism, social democratic and green parties are often important contact points.

Conservative parties with a traditional understanding of family and gender roles are also considered allies. The career of the Swedish politician and Islamic functionary Abdirizak Waberi is exemplary. Waberi was president of the Swedish Muslim Brotherhood offshoot „Islamiska förbundet i Sverige“ (Islamic Union in Sweden), board member at SMR and vice-president of the European umbrella organization „Federation of Islamic Organizations in Europe“. In 2010 he was elected to parliament for the Conservative Moderate Collection Party and was a member of the Defense Committee.

The pragmatic alliance policy of the Brotherhood organizations regularly leads to internal conflicts. The young and idealistic members in particular are often surprised and disappointed by the leadership’s political calculations. So did the functionary Ahmed Akkari, who was active in Denmark for a long time. He eventually left the organization by delivering a letter to the local chief in Lebanon, declaring his withdrawal from the Brotherhood. One reason for him was the reluctance of the organizations around the Muslim Brotherhood in the dispute over the Muhammad cartoons in 2005: „It was not: ‘We are outraged because of the Prophet’, but rather: ‘What can we gain from this situation?‘“

It is surprising that the structures of the Brotherhood in Germany hardly play a role in the book. When asked, Vidino said: »Germany is enormously relevant in the network of the European Muslim Brotherhood and one of the most important countries, both historically and in terms of the number of members and the importance of the core activists. But the book is based on interviews with alumni. Although I tried, I couldn’t find anyone from Germany.” German dropouts in particular could therefore provide both important insights and crucial pointers for combating legalistic Islamism.