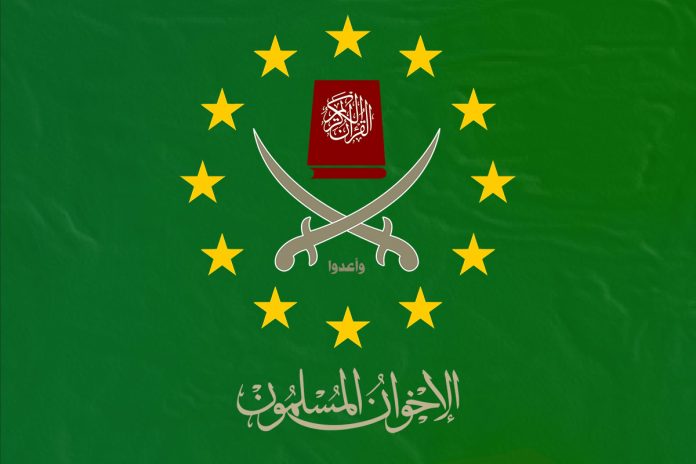 It sounds like an interesting museum for people into ethnology and religion: the “Museum of Islamic Civilizations” in La Chaux-de-Fonds, Switzerland. The museum director shows her face wrapped in a headscarf. There is a library for those interested, and the entrance shows a poster with the slogan “Islam has nothing to do with terrorism”.

Guests of the museum, who visited the house purely out of interest, left it rather irritated. Perhaps it is just coincidence that special attention is paid to the ideological minds of the Muslim Brotherhood. However, the library also contains a large number of anti-Semitic works, the exhibition room displays texts infuriating “the lies of the Zionists” and “ethnic cleansing” of Israel.

One of the texts comes from a Hamas-sympathetic organization whose president recently declared that the State of Israel is a parasite: “It sucks America’s blood.” A “positive” and “pluralistic” Islam is to be shown in La-Chaux-de-Fonds, “without any political claim”.

The museum can be seen as a prime example of the spread of a political Islam that appears tolerant and modern, but ultimately endangers democracy and fundamental rights. The spread of this phenomenon is preoccupying most immigration countries in Western Europe, and is worrying secret services, scientists and liberal Muslims.

So-called legalistic Islamism probably poses a greater threat in the long term than the bearded jihadists who openly agitate infidels and applaud acts of terrorism.

What strategy are these Islamists pursuing? Inside they tell people “We are different, we have our own values and society doesn’t want us”. To the outside world they present themselves as a tolerant but discriminated minority that needs money from the state. Some of them take this discrepancy so far that they use the gender asterisk, seek contacts with Jewish associations and have their picture taken with LGBTQ+ activists. “The next day they invite a preacher who advocates violence against women and justifies the stoning of gays,” says one insider.

The most important international movement striving for the legal Islamization of Western societies is the Muslim Brotherhood. They propagate a third way between capitalism and socialism: the Muslim population should be re-Islamized, freed from imperialists and colonialists and cleansed of bad influences.

Persecuted in many Arab countries, supporters of the Muslim Brotherhood have settled in Europe since the 1950s and established new networks, which are now promoted primarily by Qatar and Turkey. It is a decentralized network of mosques, associations, foundations, parties, institutes, think tanks and universities that are connected to one another personally, financially and sometimes just ideologically. According to scientists and secret service reports, this network includes the Federation of Islamic Organizations in Europe (FIOE, Council of Muslims in Europe since 2020) and the international aid organization Islamic Relief, which also collected donations in Germany, Austria and Switzerland.

Thanks to their self-imposed role as victims, supporters and sympathizers of the Muslim Brotherhood repeatedly succeed in being perceived in politics and the media as anti-racist partners who are open to dialogue and who need to be supported in the fight for the headscarf and against prejudice.

The influence of the Muslim Brotherhood can be seen, among other things, in the Swiss Museum mentioned above. Here, the director and her husband have been lobbying for years for a conservative, separatist Islam, which is supposed to liberate the morally degenerate West, with much media interest. She explains that there is only room for nudity in marriage, that girls and boys have to be separated in swimming pools, and that homosexuality is “a matter for rich countries” because: “If you don’t have anything to eat, you don’t think about homosexuality.”

Nevertheless, many believe that her museum will show an apolitical, “positive vision of Islam.” In the meantime, however, a lot is known about the ideological and financial background of the project. In 2019, French journalists published bank statements and documents in the book “Qatar Papers”. According to these, state-related Qatari organizations in Europe are investing more than EUR 100 million in institutions that are close to the Muslim Brotherhood. According to “Qatar Papers”, the Swiss couple received around 1.4 million francs from Qatar for the museum. MENA Research Center has already reported on this.

The French secret service classified the husband as a militant Islamist: he was close to the Muslim Brotherhood and acted as treasurer for their organizations. The secret service came to this conclusion after being caught at the French border with 50,000 euros in cash in his luggage.

Both say publicly that two people have significantly shaped their thinking and beliefs: Tariq Ramadan and Sheikh Karadawi.

Ramadan is the grandson of the original Muslim brother Hasan al-Banna. He is regarded as the pioneer of an Islam that is formally moderate but essentially incompatible with basic democratic rights. Ever since he was accused of rape in France, he has portrayed himself as a victim of a Zionist intrigue and is fighting against the supposedly Islamophobic West.

Despite distancing himself, Karadawi is one of the most important pioneers of the modern Muslim Brotherhood. The scholar, who lives in Qatar, reached an audience of millions with his programs on Al Jazeera. He is also the long-time chairman of the “European Council for Fatwa and Research”, which was founded in 1996. Like Tariq Ramadan, Karadawi is often misunderstood as a moderate Islamist because he opposes female genital mutilation and condemns terrorist attacks, at least when they don’t hit Israel, where terror is welcome.

His book “Permitted and Prohibited in Islam” also shows that “moderate” is a flexible term. In this book, which is also read in some Islamic schools in Europe, Karadawi condemns everything from eyebrow plucking to tattoos to naked and unveiled women. He speaks of equality in marriage, but grants the man, as the head of the family, the right to hit the woman if she “openly rebels”.

The whore and the suitor are each punished with a hundred lashes, as are homosexuals, for whom the death penalty is also justified. Harsh penalties, Karadawi concedes, but necessary to keep the community clean of “deviant elements.” The Egyptian scholar once spoke about the Jews in a television speech. They experienced, he said, “divine punishment” from Adolf Hitler. His methods were “perhaps exaggerated,” but: “He sent the Jews to where they belong.”

The consequences of the ideas spread by the Muslim Brotherhood can be seen in Muslim countries, but also in some European cities. There, demonstrators chanted “Death to the Jews” and “Hamas, Hamas, Jews into the gas.” Jews and homosexuals are repeatedly attacked by young men from Arab cultures, and there have also been deaths and serious injuries.

It would be all the more important that government agencies and Islamic associations clearly distance themselves from adherents of this ideology. Several countries – including Germany, the US and the Netherlands – have ended cooperation with Islamic Relief ,after its leaders publicly expressed their anti-Semitism.

Even in the large Islamic associations, there is a limited will or – depending on the interpretation – limited means of demarcation. This is a problem for liberal Muslims in particular: since these associations see themselves as representing all Muslims, they shape the image of the Muslim population, although surveys show that the population is much less religious and conservative.

Islamic associations in Europe propagate a mainstream Islam and often publicly distance themselves from extremism and the use of violence. In practice, however, the question of where religious dogmatism ends and political extremism begins is often answered very generously.

Nevertheless, representatives of Islamic associations have frequently appeared at events and fundraisers organized by the aid organization Islamic Relief in recent years. They even regularly advertise webinars or taster courses with scholars who belong to the university environment of the Muslim Brotherhood.

The subject of the Muslim Brotherhood and extremism is a delicate one for the communities and associations concerned. Because they want to be the first and trustworthy contact for the authorities in matters of Islam, interreligious dialogue, pastoral care, radicalization and the prevention of extremism. Accordingly, association representatives react sensitively to criticism. Accusations are quickly raised that they want to demonize all Muslims and put them under general suspicion.

So it is not a contradiction that in its statutes and statements it speaks out against extremism and for an “Islam of the middle” while at the same time tolerating radical positions in its ranks, because the concept of an Islam of the middle does not exclude openness to radical and extreme positions. On the contrary: it was largely developed by Karadawi, whose positions are hardly an expression of a social center.

For Karadawi, Islam of the middle means only that he rejects liberal tendencies in Islam just as much as the “exaggerations” of jihadist terrorists. However, since “middle” sounds much better than Muslim Brotherhood, the concept is very popular with in its activists and sympathizers.