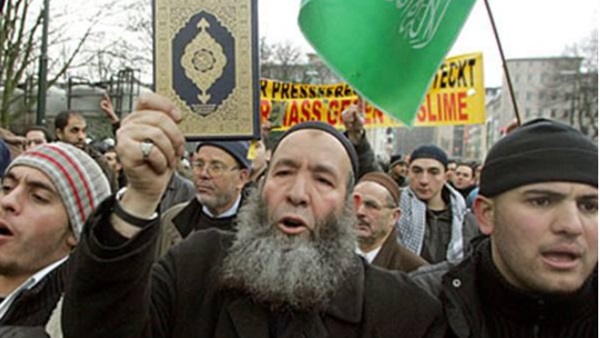 The arrest of the Brotherhood’s incumbent leader, Mahmoud Ezzat, on August 28 was not just a minor incident for the Muslim Brotherhood, but a severe blow to the group in Egypt, forcing the group to move its lead to Europe. This poses a significant threat to the continent.

On the one hand, the Egyptian media widely referred to the arrest as a “valuable catch” and described it as the beginning of the end of the organization. On the other hand, the Muslim Brotherhood quickly reorganized and appointed Ibrahim Mounir as its new Acting Supreme Leader. Mounir himself told Al-Hiwar TV that the new leadership was announced immediately after Ezzat’s arrest, to let members in Egypt know that the Brotherhood still exists – and “to let the regime know, that the movement did not die.

Nevertheless, the change in leadership has an impact on the group’s status in Egypt and, according to experts, will prompt them to step up their operations in Europe.

The story began on June 20, 2013, when protesters took to the streets in Egypt to call for the overthrow of President Mohammed Morsi and to call for early presidential elections. On July 3, the Egyptian army took power over the country. After the then leader Mohamed Badie was arrested on August 20, 2013, Ezzat took over his position.

On September 23, 2013, an Egyptian court ruled to ban the Muslim Brotherhood’s activities, seize its headquarters and freeze its funds. Finally, on December 25, 2013, the Egyptian government declared the group a terrorist organization. Since then, many leaders – such as Mohamed Badie and his deputy Khairat al-Shater – and members of the organization have been in prison.

With the appointment of Mounir for the first time in its history, the organization itself did not adhere to this rule, as Mounir had lived in London since the 1980s. The Brotherhood also violated its own jurisdiction in another point: It appointed Mounir without him having been elected by its Shura Council.

Does this move of the leadership of the Muslim Brotherhood to Europe mean that the organization is dead in Egypt?

Tarek Saad, a researcher on Islamic movements: “Ezzat’s arrest will affect the Muslim Brotherhood and confuse its members, but it will not lead to the Brotherhood’s demise.” He added, „it is a heavy blow, but the organization has suffered many blows over the decades, but survived. “

Ednan Aslan, Professor of Islamic Religious Education at the University of Vienna, said that “the Muslim Brotherhood is currently quite weakened in Egypt, but not yet dead. The organization can recover from this blow and reorganize, and the official authorities in Egypt know that.”

Brotherhood dissident Tariq al-Bashbishi, on the other hand, paints a more negative picture of what is happening within the group: “It is difficult to say with certainty that the organization of the Brotherhood in Egypt is completely at an end, but there is no doubt that it suffers from weakness and decay and is in retreat. What is happening now cripples the effectiveness of this organization in Egypt “.

And also in the opinion of Wolfram Reiss, Professor of Religious Studies at the University of Vienna, the Muslim Brotherhood in Egypt has been badly hit, but what speaks for them is that “the group has a very long experience also in underground work.”

Ahmed Ban, another dissident of the Muslim Brotherhood, confirmed these statements: “As an observer of the activities of the Brotherhood, I can confirm that the organization has not yet been subject to any such division on the level of structures, ideas or even goals”. However, he added, it will be able to deal with it: “The Muslim Brotherhood has a secret wing even in Europe, and that wing will soon pose a great threat to the continent.”

The Muslim Brotherhood has received little attention in Europe over the past few decades, but its dubious reputation in Egypt has led to speculation about its character here too.

In any case, the Muslim Brotherhood has a strong presence in Europe through a number of (frontline) organizations, associations, mosques and many influential leaders. The Muslim Brotherhood describes itself as an Egyptian opposition group that advocates a moderate version of political Islam and pushes Egypt towards democracy, and it rejects all charges of radicalization and terrorism.

While sympathizers see the same thing and view the Brotherhood as a moderate movement that promotes integration, critics refer to its affiliated European organizations as part of a secret and centrally managed global organization that seeks to increase the alienation of Muslims in Europe.