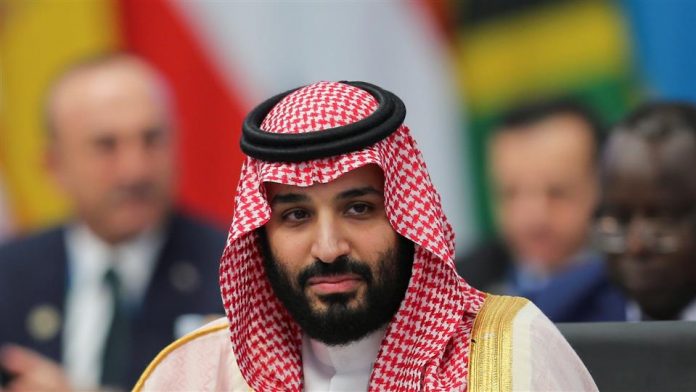 No sooner had the report by the US secret services published on the role of the Saudi crown prince in the assassination of the dissident Jamal Khashoggi than the pressure on President Joe Biden increased. Due to the “disturbing pattern of human rights violations”, the House spokeswoman called for Democrat Nancy Pelosi to “reconsider and reassess” relations with Saudi Arabia. Anyone who violates human rights should be sanctioned with the help of the Global Magnitsky Act.

Democratic MP Adam Schiff called on President Biden not to meet or speak to Crown Prince Muhammad bin Salman, who had blood on his hands. Agnès Callamard, the UN rapporteur on extrajudicial and arbitrary killings, expressed the expectation that the US would impose sanctions on the Crown Prince and also take the lead in holding the perpetrators accountable.

For Muhammad bin Salman, the intelligence report on the murder of Khashoggi on October 2, 2018 in the Saudi consulate general in Istanbul is inconvenient. Since he ousted a rival in June 2017 and became crown prince himself, the thirty-five-year-old has never been exposed to such a force of attacks, mainly from the western world. The report unequivocally comes to the conclusion that the controversial strong man of the Kingdom of Saudi Arabia is the commissioner of the murder of Khashoggi. That makes him a pariah. Should and can someone like him soon become King of Saudi Arabia?

The chances of a palace revolution in the Saud family have never been as good as these days. After all, King Salman could change the line of succession with the stroke of a pen, as he has done twice since 2015. It is also unclear how the family council, to which one descendant of 34 sons of the state’s founder Abd al-Aziz Al Saud belongs, will regulate the question of succession in the event of the death of the 85-year-old and sick monarch.

And yet there is much to suggest that Crown Prince Bin Salman is in no danger. The king is said to be so decrepit and ill that the telephone conversation with President Biden, which took place ten days ago, had to be postponed several times. Muhammad bin Salman had also drawn the family council to his side before his ascent in June 2017. At that time, 31 of its 34 members had spoken out in favor of him as Crown Prince. Anyone who has opposed him in the Saud House is under house arrest or imprisoned.

Muhammad bin Salman never avoids any conflict – and has so far won everyone. Since his father Salman became king in January 2015, he has gradually consolidated his power. As Secretary of Defense from 2011 to 2015, Salman filled the head of the army with people who were loyal to him. This loyalty passed on to Muhammad bin Salman when he took over the defense department in early 2015. From then on, the young prince gradually directed the state towards himself. In the state apparatus, he exchanged older people for younger ones who are loyal to him. The army and the national guard as well as the state fund PIF and the oil company Saudi Aramco report directly to him today.

Even if there was still a loophole in Muhammad bin Salman’s centralized system of power, it does not seem as if another prince would be able to take over rule on the fly. With regular purges and waves of arrests, which the Crown Prince initiated, he made many enemies. However, if the figure who sits at all the control points of power had to leave suddenly, a vacuum would not be easy to fill.

A leaderless Saudi Arabia would, however, pose a threat. The kingdom is facing unprecedented challenges that it is almost too late to tackle. The fossil age has passed its climax. The income from the country’s oil exports finance a decreasing share of the welfare state, which is therefore being slimmed down. However, every year 400,000 young Saudis enter the labor market. The state can no longer create new jobs; this task lies in the private sector. To this end, the Crown Prince had the “Vision 2030” drawn up. If it fails, much is at stake in Saudi Arabia.

Internationally, the Crown Prince hopes that, following the recent excitement over the report, the grass will grow over the Khashoggi case over time. Should Muhammad bin Salman succeed his father on the throne, he could be king for half a century. President Biden, on the other hand, is 78 years old – and there will also be new leaders in other western democracies in the coming years. The Crown Prince has already responded to US requests with small gestures. For example, he ended the embargo against Qatar that he began in 2017. In addition, the Saudi judiciary released suffragette Loujain al-Hathloul on suspended sentence.

The cautious concession is also due to the fact that Saudi Arabia has no alternative to the United States as its most important foreign policy ally. China and Russia are too closely tied to Iran, the kingdom’s archenemy. The US under Biden will therefore hardly miss the chance to put pressure on the Crown Prince. It stands to reason that Biden will press for respect for human rights and the release of political prisoners, as well as for the reconstruction of Yemen, which was destroyed by a Saudi war of aggression, and for approval of a new nuclear deal with Iran.