In a statement issued by the Amaq agency, affiliated with ISIS, the terror group claimed responsibility for a terrorist attack carried out by three extremists, which led to the death of a security agent and the injury of another in the coastal city of Sousse. The Ministry of Interior confirmed that it is investigating a number of young men and has detained 7 people being involved in the attack.

Hossam El Din Al-Jabbali, spokesman for the National Guard, said that 43 suspects in the terrorist operation were investigated and 7 people were detained, including a terrorist’s wife.

He pointed out that the terrorists who were eliminated were not registered at the security authorities, and they were attracted in a number of mosques.

According to collected information by the authorities, the organized cells began to move in conjunction with the formation of the new government, and that recruiting the youth in mosques and elsewhere has become prevalent again.

“The recent terrorist incident is a message of defiance to our national security on the 64th anniversary of establishing the National Guard, a challenge letter to the Minister of Interior who was conducting his activities in Sousse and led the presidential election campaign there, it is also a letter of challenge to the new government only 48 hours after its inauguration,” Al-Jabbali explained.

He stressed that the timing was predetermined, and they chose a sensitive place: the heart of the tourist area in El Kantaoui, so the operation would have both internal and external effect. They also chose a sensitive crossroads to test security vigilance, he said.

“We are waiting for further investigations. However, we believe that the operation was carried out by a group of frustrated and desperate members, who are linked somehow to the the destructive Takfiri thought,” he added. „We do not believe that the terrorist groups are aware of the critical political situation in the country, nor are they aware of the date of establishing the National Guard. We believe the reduction in destructive terrorist activity is the result of several factors, foremost of which are the security successes in destroying the structure of the Salafi Takfiri terrorist organizations in Tunisia,” he concluded.

Mosques Deviated from Their Goals

According to information gained by MENA Research and Study Centre, a statistic from 2017 showed that more than 150 mosques are not under control and surveillance. Tunisian authorities have closed about 30 mosques, especially in the poor suburbs of Tunisia and in the interior regions, such as Sidi Bouzid and Kasserine.

According to analysts and those familiar with the strategies of Islamic groups, the Muslim Brotherhood exploits mosques operating above the law to intimidate their opponents.

The phenomenon of mosques that are not controlled by the government has emerged in 2012, with the formation of the Hammadi al-Jabali government in 2012-2013.

According to the data, the projects of turning the society into an MB society have started by building mosques without legal authorization and encouraging parallel and lawless activities, such as supporting Quranic schools and protecting hardline imams. Moreover, some mosques deviated from their lofty goals and became weapons depots.

Although the ministry signed an ethical charter that imposes political neutrality on imams and prevents them from carrying out party propaganda, many observers emphasized that it is an insufficient step to eradicate this actions that undermine the independence of the religious facility. Despite the Ministry’s dismissal of more than 700 imams during 2018, 20% of the imams are part of the political game, and they are not yet liberated from narrow partisan interests.

Abdul Salam Al-Atwi: “There are transgressions in our mosques, and there are random spaces called mosques.”

Concerning with the issue of attracting the perpetrators of the operation in some mosques, MENA has spoken to the general secretary of the University of Religious Affairs, Abdessalam Al-Atwi, to confirm what has been said about the return of chaos to the mosques of Tunisia.

In this regard, he stated that it would be necessary at the outset to distinguish between the legal mosques of the Ministry of Religious Affairs and those being established without licenses or permission to hold prayers. He stressed that with regard to the legal mosques, their number is around 6,200, they are all under the control of the supervisory authority.

Al-Atwi added that the danger mainly exists because the state disavows its duties, since there are many vacancies in these mosques, which makes the danger present, as having a mosque without an imam gives way to anyone to lead the people, ascend the pulpit and offer lessons and preach. He said that they have been calling for reform and restructuring the sector for long time, so that all the mosques can be under control without the possibility for terrorists, criminals and others to infiltrate. He stressed that there is a large number of mosques that lack imams.

Among the other problems that exist at the level of mosques in Tunisia, is the expansion of some mosques with multiple entries, a low fence and without guards, so that weapons and explosives could be stored and hidden in the mosques together with drugs, alcohol and other things.

Al-Atwi said that their union has a demand in the agreement of July 24, 2019 related to preparing a vision for restructuring the sector, and the state must assume its responsibility in restructuring and legalizing the sector, so that in mosques, especially the major ones, there will be a minimum level of safety, such as assigning a guard. He explained that they have stressed on guards for mosques, as it is unacceptable to leave a mosque visited by thousands of people without guard and supervision.

As for the content of preaches and Takfiri calls in some mosques, he said that there are no major transgressions, but small breaches given the absence of trained imam and the presence of a volunteer imam.

He stressed that it is inconceivable that no one is inspecting the mosques, which explains the existence of many faults and transgressions.

Al-Atwi is calling for a discourse, where people working on scientific foundations and official studies, otherwise it would be unable to fight terrorism. Fighting terrorism is not only with weapons and not only a security treatment, but rather addressing the minds.

He stressed that the insistence not to restructure the sector doubts the seriousness of the state in combating terrorism.

Al-Atwi called for the need to pay attention to the spiritual and doctrinal field, so imams can fill the spiritual void that many Tunisians suffer from. 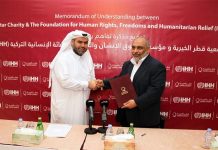 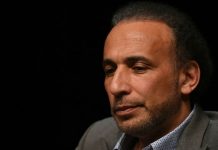 Tariq Ramadan, Islamistic Scholar and on Trial for Rape is Offering Courses in Feminism

The case of indicted American-Turkish ISIS suspect reveals how Turkey became a hub for...

MENA Research and Studies Center - 2020-09-23
Nordic Monitor Dual US-Turkish citizen Ömer Kuzu, who was captured in Syria by the Syrian Democratic Forces (SDF) in April 2019, has pleaded guilty to...

MENA Research and Studies Center - 2020-09-22
Source: Nordic Monitor A lawsuit filed in Florida by Matthew Schrier, an American photojournalist held hostage in Syria by jihadist groups for 211 days, against...

MENA Research and Studies Center - 2020-09-18
Source: Nordic Monitor Judicial documents have confirmed that the Turkish diplomatic missions in Austria engaged in a campaign of intelligence gathering and collected information on...

MENA Research and Studies Center - 2020-09-18
An investigation released by the AFP revealed that Beirut port was a hotbed of corruption, including smuggling, tax evasion, bribes, tender profits, questionable public...

MENA Research and Studies Center - 2020-09-16
In a statement issued by the Amaq agency, affiliated with ISIS, the terror group claimed responsibility for a terrorist attack carried out by three...