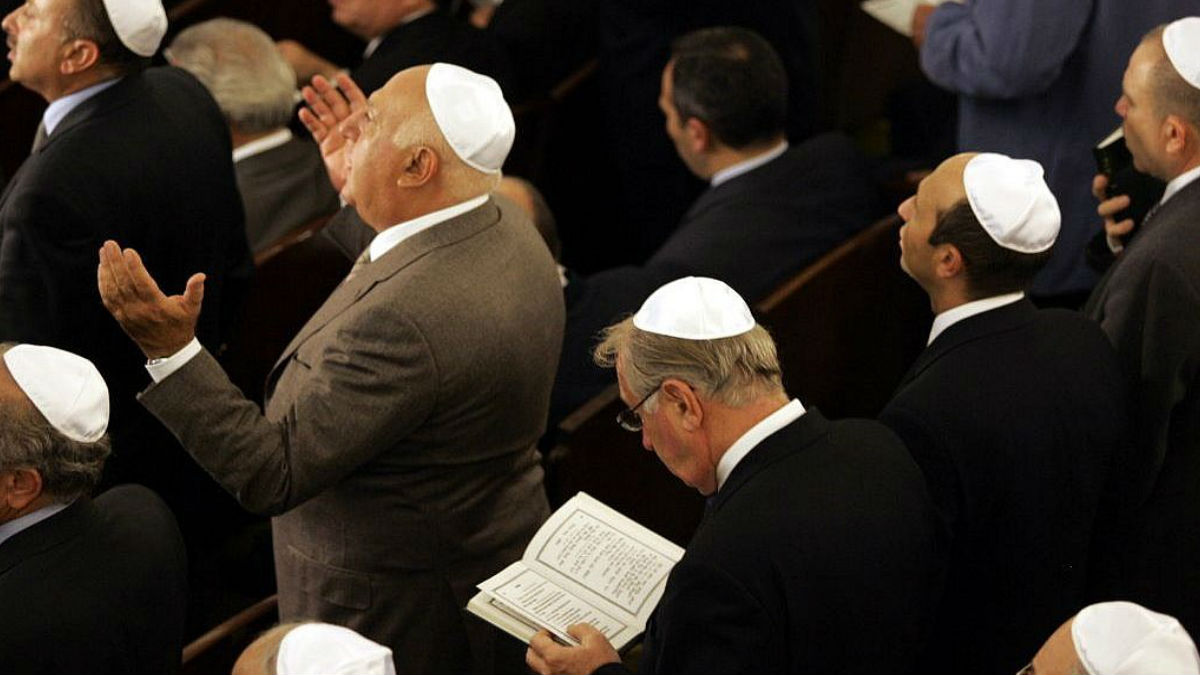 “Parallel to the course of our relations with Israel, it is believed that the possibility of Jews engaging in destructive activities, albeit limited, in the country should not be overlooked,” the 40-year-old classified document, obtained by Nordic Monitor, showed.

The report, signed by then-Chief of General Staff Gen. Kenan Evren in June 1980, made a detailed assessment of domestic threat perception with respect to religious and ethnic minorities as well as ideological groups in Turkey.

“There is no expectation of a significant threat emerging from this segment [Jews] in the near term,” the report concluded about the Jewish minority. In contrast to the Armenians and the Greeks, Jews maintained good relations with Turks and were grateful because the Ottoman Empire had liberated the Jews from Christian oppression, the report added in reference to Sephardic Jews’ migration to the Ottoman Empire upon their expulsion from Spain in 1492.

Despite the fact that no immediate threat from the Jewish minority was perceived, Turkish military leaders nevertheless considered the Jews a security threat that could emerge in the medium or long term. The suggestion was that Jews must be monitored especially during times of tension between Turkey and Israel.

The report, although military in nature, reflects the understanding of the Turkish leadership of the time given the fact that the generals held the real power in shaping Turkey’s national security policies. The Turkish army had toppled four governments over time and imposed policies on civilian governments through the National Security Council (Milli Güvenlik Kurulu) which was staffed by generals.

Evren, whose signature appeared on the secret report, ousted the center-right government on September 12, 1980, some two months after he circulated this report on domestic threats. Evren ruled Turkey for two years as the de-facto leader before becoming president in a referendum held under a repressive regime. He served as head of state until 1989, when he finally retired. He died in 2015 at the age of 97.

Greek and Jewish communities are officially recognized as minorities in Turkey and have been under the assurance of the Lausanne Treaty of 1923, an agreement that defined modern Turkey. The Jewish minority in Turkey is estimated to number around 23,000 to 25,000, and most Jews live in Istanbul. The Jewish press reported in 2013 that the negative atmosphere and fear for personal safety had prompted many young Turkish Jews to emigrate to the US, Israel and Europe.

According to a 2008 report by the Turkish Foreign Ministry, the Jewish community had 36 synagogues, a kindergarten, an elementary school and a high school and runs 18 foundations and two hospitals.

Although the Jewish community’s main demand from the Turkish government mostly involved security issues, Jews, along with others, also demanded the return of assets and property previously seized from non-Muslim foundations. In November 2006 parliament passed a bill that would have allowed some restitution, but the bill was vetoed by then-President Ahmet Necdet Sezer, who claimed the bill was a national security risk. A revised bill adopted later was criticized for its shortcomings.

The Jews in Turkey have increasingly been targeted by anti-Semitic hate speech in recent years as the government of President Recep Tayyip Erdoğan has become more vocal against Israel and started using the Jewish state as a punching bag for domestic political consumption. In parallel with increasingly dominant Islamist policies in the governance of Turkey, Ankara has become closer to Hamas, provided a platform for the Muslim Brotherhood, empowered the mullah regime in Tehran by undermining sanctions, coordinated actions with Qatar and adopted anti-Egypt and anti-Gulf stands.

Beginning with Operation Cast Lead in 2008, Turkish-Israeli relations gradually deteriorated and hit a low when then-Prime Minister Erdoğan gave his famous “one minute” scolding to then-Israeli President Shimon Peres at the Davos summit in 2009. Erdoğan, during a session on Gaza, left the stage when the moderator, Washington Post columnist David Ignatius, cut off his remarks in response to the speech by Peres, who had strongly defended Israel’s offensive against Gaza that year.

Relations between Turkey and Israel were damaged even further after the 2010 killing of eight Turks and one Turkish-American during Israel’s 2010 raid on the Mavi Marmara aid ship, which had attempted to breach Israel’s blockade of Gaza. Turkey downgraded ties with the Jewish state by withdrawing its ambassador and expelling the Israeli ambassador from Turkey.

In 2014 the New York-based American Jewish Congress, an association of Jewish Americans, said Erdoğan had become the world’s “most virulent anti-Israeli leader” and demanded that he return an award bestowed partly for his efforts to broker peace between Israel and the Palestinians. The American Jewish Congress had honored Erdoğan with its “Profile of Courage” award in 2004 for what it said was his stance on fighting terrorism and working towards peace.

“Now, we want it back,” American Jewish Congress President Jack Rosen said in an open letter. He cited the Turkish leader’s comments that Israel had “surpassed Hitler in barbarism” after its attacks on Gaza. “A decade after we gave you our award, you have become arguably the most virulent anti-Israel leader in the world — spewing dangerous rhetoric for political gain and inciting the Turkish population to violence against the Jewish people,” the letter said. Turkish Ambassador to the US Serdar Kılıç said in a letter to Rosen that Erdoğan would be “pleased” to return the award.

The relations between Turkey and Israel were restored in 2016 after Israeli Prime Minister Benjamin Netanyahu offered an apology and a compensation agreement for the victims of the Mavi Marmara was signed. A new Israeli ambassador was appointed to Turkey in November 2016 but was expelled in May 2018 after the US recognized Jerusalem as the capital of Israel.