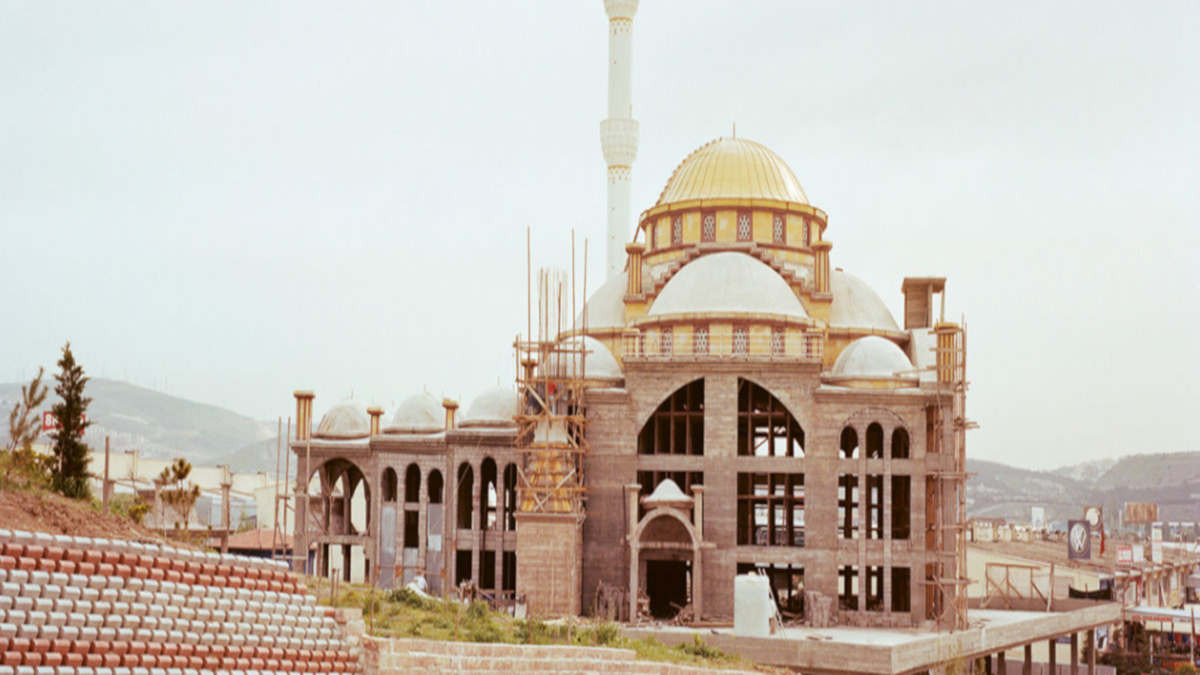 Using its own construction firm, Turkey’s Directorate of Religious Affairs (Diyanet) has built 103 mosques abroad in more than a dozen countries at a cost of nearly half a billion dollars, BBC Turkish reported.

The Diyanet Foundation (TDV) is in charge of the government’s mosque projects outside Turkey, and has completed projects in Albania, Russia, Germany, England, the United States, the Phillipines and beyond. A firm called KOMAŞ, which is 99.45 percent owned by TDV, oversees construction, according to the BBC Turkish report this past weekend.

Last September, President Recep Tayyip Erdoğan inaugurated a $35 million DTV-built mosque in the Kyrgyz capital Bishkek, said to be the largest in Central Asia, with a capacity of 20,000.

“The mosque and its complex will be instrumental in the renewal of religion, language, history, culture and conversation that existed between Anatolia and Central Asia,” he said, according to BBC Turkish.

Eurasia analyst Ashraf Yalınkılıç told BBC Turkish that the mosque building was a soft power initiative through which Turkey hoped to play a leadership role in the Muslim world. Some analysts see Turkey’s mosque construction as deeply problematic.

“Turkish-financed mosques are not legitimate places of worship,” David L. Phillips, director of the Program on Peace-building and Rights at Columbia University’s Institute for the Study of Human Rights, wrote last year.

“They propagate political Islam as sources of division and proponents of discord. Turkish financing of mosques outside of Turkey should be banned,” added Phillips, an Ahval contributor and former senior adviser to the U.S. State Department.

TDV operates in 145 countries and also performs mosque reparation and oversees projects in education and humanitarian aid, according to BBC Turkish. This year the Diyanet’s budget is 10.4 billion liras, an increase of nearly 45 percent from 2017.

The most expensive mosque built by Turkey was in Russia, with a cost of $170 million.

The link to the BBC report: https://www.bbc.com/turkce/haberler-turkiye-48294387