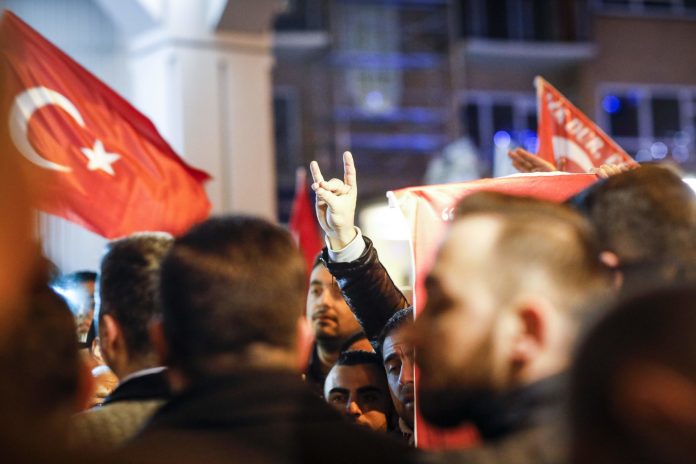 Mockery and malice spilled over a Turkish journalist who was critical of the government and became victim of a violent attack in the centre of the German capital. “All traitors get what they deserve,” commented a Turkish-speaking user on Twitter. “Liars and deceivers,” poisoned another. The incident is hardly worth reporting to the major Turkish newspapers. But hatred rages on the accounts of Turkish nationalists. “To get into the news, he will have himself beaten up,” writes one user.

Turkish journalist and Erdoğan critic Erk Acarer, who lives in exile in Berlin, was attacked in front of his house by three strangers last month and injured in the head. There are many indications that supporters of Turkish President Recep Tayyip Erdoğan and his government made up of the national-conservative AKP and right-wing extremist MHP committed the act. The Berlin police confirmed the attack. Acarer has lived in Germany since 2017, after he was repeatedly threatened in Turkey.

Like Acarer, numerous Turkish intellectuals have found refuge in Germany. After the attempted coup against Erdoğan in July 2016 and the subsequent waves of repression, the former editor-in-chief of the Cumhuriyet newspaper, Can Dündar, found accommodation in Berlin, as did the journalist Hayko Bağdat and the film director Mustafa Altıoklar.

According to police reports, witnesses are said to have observed how Erk Acarer was attacked by three unknown men in the courtyard of the house. While two of the men hit and kicked the 48-year-old, the third was smear. When the witnesses made themselves known, they are said to have fled. In security circles, it is believed that Turkish nationalists acted on their own initiative. But even a government contract from Ankara could not be ruled out. Intelligence services are also involved in the investigation.

According to the German Federal Office for the Protection of the Constitution, around 11,000 of the approximately 2.8 million Turkish or Turkish people in Germany are active as Turkish right-wing extremists, 0.4 percent. The most powerful group of the movement, which calls itself Ülkücü (idealists), are the Gray Wolves.

In recent weeks, the scene had attracted attention, when demonstrators in front of synagogues in several German cities waved Turkish flags. The three large associations of the Ülkücü in Germany – first the Federation of Turkish Democratic Idealist Associations, second the MHP-affiliated ATIB, third the Federation of World Order in Europe – had not officially called for these protests. Outwardly, they try to be moderate.

The journalist Erk Acarer works for the left-wing daily Birgün and the Cologne-based opposition television station Arti TV. Most recently, he had researched Erdoğan’s links to organized crime. The Turkish interior minister, Süleyman Soylu, had already called him a “clown” on Twitter in April, and most recently Acarer had received threatening phone calls in Berlin. In his home country, he is charged with “disclosing classified information on state security and intelligence activities”.

Left-wing German MP Sevim Dağdelen spoke of an Islamist-nationalist Erdoğan network that poses a threat to public security in Germany and must be broken up immediately. “The federal government has to show a clear edge towards Erdoğan and his AKP regime,” she demanded. The Green politician Cem Özdemir said on Twitter that exiles from Turkey should be afraid in this country is outrageous. He is curious about the reaction of the federal government.