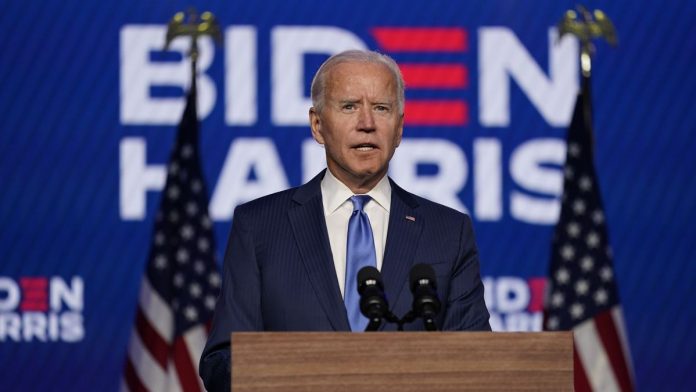 After the efforts shown by US Secretary of State Mike Pompeo in the last days of the Trump presidency – new important decisions came from the State Department almost every day – the new one in office, Antony Blinken, seems to be on the brakes. Some steps that were taken “late in the last government” are now being examined to “ensure in any case, that we understand the basis for the decisions made,” said Blinken at a press conference on February 3.

In fact, links to Pompeo statements from the last days of his tenure led to nowhere the day after President Joe Biden’s inauguration: “archived”. This may be the case with transitions from one presidency to another, but the speed is noticeable.

The revision list also includes key elements of Trump’s Middle East policy, namely arms deliveries to Arab allies. When asked at the press conference about his priority, Blinken named Yemen: The day before the change in the White House, the listing of Ansar Allah, better known as the Houthi rebels, as a terrorist organization and with it strict sanctions had come into effect. Not only the UN criticized the fact that this would collapse the humanitarian support for the Yemeni population living in the Houthi areas.

Blinken has now approved exceptions for deliveries, and this rule will apply until February 26th: That means, the terror designation of the Iran-backed Houthis will remain in place for the time being, but the decree will be “repaired”. Blinken emphasized human rights violations and “atrocities” committed by the Houthis, but also mentioned the contribution of the Saudi-led Yemen military intervention “to what many consider to be the world’s worst humanitarian catastrophe today”.

Saudi Arabia and the Saudi-supported recognized Yemeni government had long worked towards the US terrorist listing of the Houthis, which Trump and Pompeo backed for a long time. The US Congress kept coming under pressure to revise arms deliveries to Saudi Arabia, because its air war in Yemen claimed so many civilian casualties. US President Barack Obama had scaled back support for Riyadh’s intervention at the end of his term in office – but he was the one who decided on it in 2015.

Now Washington is pulling the brakes again: A license for the sale of 7,500 precision bombs for Saudi Arabia has been put on hold, according to the defense company Raytheon. In the case of the United Arab Emirates (UAE), it concerns a particularly sensational deal: Abu Dhabi’s long-sought purchase of fifty F-35 fighter jets, which Trump tried to wrap up before he left. Blinken indirectly confirmed that the sale of the device belongs in the context of normalization between the UAE and Israel – a treat for Abu Dhabi – the Biden government wants to understand all commitments that have been made to the “Abraham Accords” between Israel and the Arabs countries.

Blinken avoided the question of whether this also affected Trump’s recognition of Morocco’s sovereignty over the Western Sahara. Blinken had already emphasized the fundamental support of the “Abraham Accords” by the Biden government during his hearing in the Senate.

Quite differently, namely without any hurry, Biden and Blinken seem to address the question of whether there is a chance of reviving the nuclear deal with Iran: The JCPOA (Joint Comprehensive Plan of Action) was the central part of Obama’s Middle East policy and was not only abandoned by Trump in 2018, but almost killed with imposing sanctions on the implementation by third countries.

If Tehran thought that by resuming uranium enrichment to 20 percent, Biden would make rescuing the JCPOA a priority, it could have been a miscalculation. Even if there might be a lot going on behind the scenes: For the time being, Washington is sticking to its demand that Iran must return to its commitments, which it has recently broken substantially.

Evidently, Biden also does not want to be driven by the argument that a solution must be found before the election campaign for the Iranian presidency fully flares up. Hassan Rohani can no longer run for the June elections after two terms in office. It is expected that ideological obstinacy towards the US will be very popular for the candidates.