After Bashar al-Assad’s regime regained control of a large swathes of Syrian territory, with the support of Russia and Iran, the Syrian scene looked dark. Observers believe Assad was able to plague the revolution against him in 2011 and will escape accountability for the crimes he committed over the past 10 years.

As talks between the regime and the Syrian opposition appear to have reached a dead end, amid the regime’s dodging to gain more time and restore more land, analysts believe that the Syrian opposition coalition has managed to bring the issue of holding Assad accountable for his crimes back to square one. That happened by revealing the Victor documents, which recalled the file revealed by Caesar, a military photographer who documented thousands of victims of torture in prisons and detention centers of the regime.

Last Friday, the head of the National Coalition of Syrian Revolutionary and Opposition Forces, Dr. Nasr Hariri, at a special press conference, revealed documents that he said were new evidence of the Syrian regime’s involvement in the systematic liquidation of civilians in Syria, following the outbreak of the Syrian revolution.

Although the documents included only 5,000 victims who died within Homs alone over a period of only three years, human rights sources believe that the coalition’s disclosure will be a new way to pressure the regime and hold it accountable, to bring justice to the victims and their families.

The Coalition dubbed the new leaked documents as “Victory” since they prove the involvement of civil institutions with the military and security institutions of the Syrian regime in the liquidation of 5,210 detainees between 2012 and 2014, in the city of Homs in central Syria, according to Hariri. Hariri mentioned that in an explanatory report, which was distributed to journalists after the conference, noting that “behind the walls of the Abdul Qader Shaqfeh Military Hospital, located in the Al-Waer neighborhood, the worst forms of torture and liquidation were practiced against the wounded and injured in peaceful demonstrations.”

The report, illustrated with documents and figures, indicates that since the outbreak of the revolution the regime has transformed the hospital into a “human slaughterhouse,” so that “most of those injured in the demonstrations were transferred to it according to the orders of Assad regime.

Doctors, medical staff and security personnel in that slaughterhouse were sadistically torturing the injured with whips and batons. They were breaking their legs and expose them to electric shock. They used to bend the feet of the injured to break them, and hit their heads against walls, or are tie them to iron beds and leave them without food until they die, then the bodies were buried secretly in mass graves.

According to the report, the Victory documents reveal how burial in mass graves was being done, and provide new evidence of genocide in the regime’s prisons. The documents also show that the crimes listed in the report are supported by official documents marked with official seals, which have recently arrived from a person who was a witness and executor who participated in receiving and transferring the bodies. He is a witness on many inhuman, racist and sectarian practices by regime members who worked at the hospital including the hospital director and the political administration in Homs. He acquired over 300 documents and papers belonging to the Assad regime’s forensic medicine, including letters between 2012 and 2013 from the hospital, which letters include orders to bury thousands of bodies in mass graves without handing them over to their families. Bodies were just numbered without mentioning the causes of death, to conceal the real reason for the death of thousands of detainees.

The documents also include “hundreds of tables documenting the regime’s burial of thousands of people in this manner, and tables containing names of hundreds of people killed in the demonstrations, in their homes and under torture at the Abdel Qadir Shaqfa hospital and inside the detention centers of Assad’s regime.”

The provided documents are dated back to the years, 2012, 2013 and 2014, and they reveal that the total victims in that period were only 5210 victims, who turned into numbers in mass graves.

The Syrian Coalition identified the participants in that crime, namely: Security forces, Assad’s Army and shabiha, in addition to the hospitals of the Ministry of Health, the military hospitals, the workers in mass burials, the governor of Homs, forensic medicine, and the judiciary and Mufti.

A New Caesar Act Will Affect Everyone

The Victory documents recalled the file revealed by Caesar, a military photographer who documented thousands of victims of torture in prisons and detention centers of the regime’s forces. It was a major shock that prompted international organizations to move until the file reached Congress to draft a law to punish the Syrian regime and impose economic and diplomatic restrictions on it.

The Coalition is trying to use the documents as a new means of pressuring and holding the Assad’s regime accountable, to bring justice to victims and their relatives.

Rights activist Mu’tasim Abu Nabot believes that the new documents could be a means of pressuring the regime and its allies and a strong motive for bringing the Assad crimes file back to the international courts.

When Caesar revealed how people pass away in prisons and hospitals, we witnessed even limited international action to punish Assad, Abu Nabot pointed out. These images reveal the identity of those involved in such crimes, and confirm that it is not only the security agencies, the military and the Shabiha militias that carry out the crimes. Regime’s civil institutions were involved and that was proved in the documents; such as the Homs Health Directorate, the Forensic and Military Hospital Service, the Hospitals of the Ministry of Health, as well as the Judiciary and Advisory Services.

Accountability will affect all institutions and governors in all provinces who intervene in the issuing orders and decisions according to Abu Nabot.

It is noteworthy that “Caesar” is the nom de guerre of a military and forensic medical photographer in the regime’s military police who used to work in the capital, Damascus. His mission before the Syrian Revolution was limited to photographing criminal incidents related to the army and military, including murders, then he was assigned the task of going to military hospitals capital and photographing the dead bodies of detainees held by the regime.

Eventually Caesar was able to document and store these photos, and collected about 55,000 photos of 11,000 Syrian detainees who died under torture until mid-2013, when Caesar decided to defect from the military establishment in cooperation with Syrian and international organizations. He left Syria possessing this large number of photographs, which constitute the most incriminating evidence of the regime.

It is noteworthy that Yasser Al-Farhan, a member of the political body and the foreign relations office in the coalition, revealed in press statements that “the coalition will knock on the door of the International Criminal Court again, relying on these documents.” He indicated that the coalition has legal justifications, and the evidence is available, it just needs the international support to invest the legal texts in order to reach justice.

Just a Tool to Strip the Regime

Mohamed Al-Hamoudi, a political analyst, does not believe that the “Victory” file and the documents it contains will constitute a case like the one formed by Caesar’s leaks, in terms of building on it to issue a similar law, or taking any action by any state in this way. He notes that there are thousands documents held by many Syrian and international organizations, bearing more importance in terms of legal force, than the documents presented by the coalition.

Despite his acknowledgment of the strength of the files and the necessity of using them for political pressure, Al-Hamoudi points out the difference between Caesar’s photos and this file, as the difference lies in that Caesar presented photos from inside hospitals and branches of thousands of victims proving that the victims were tortured, and those photos are supported with serial numbers, and they are much stronger of paper documents.

Hamoudi stresses that the documents presented by the coalition are “certainly important, and are additional evidence of the regime’s involvement, and it is possible to benefit from them by presenting them to the UN investigation committees and international human rights organizations in order to use them in reports condemning the regime, and also investing them in the international media to expose the regime and its crimes.” 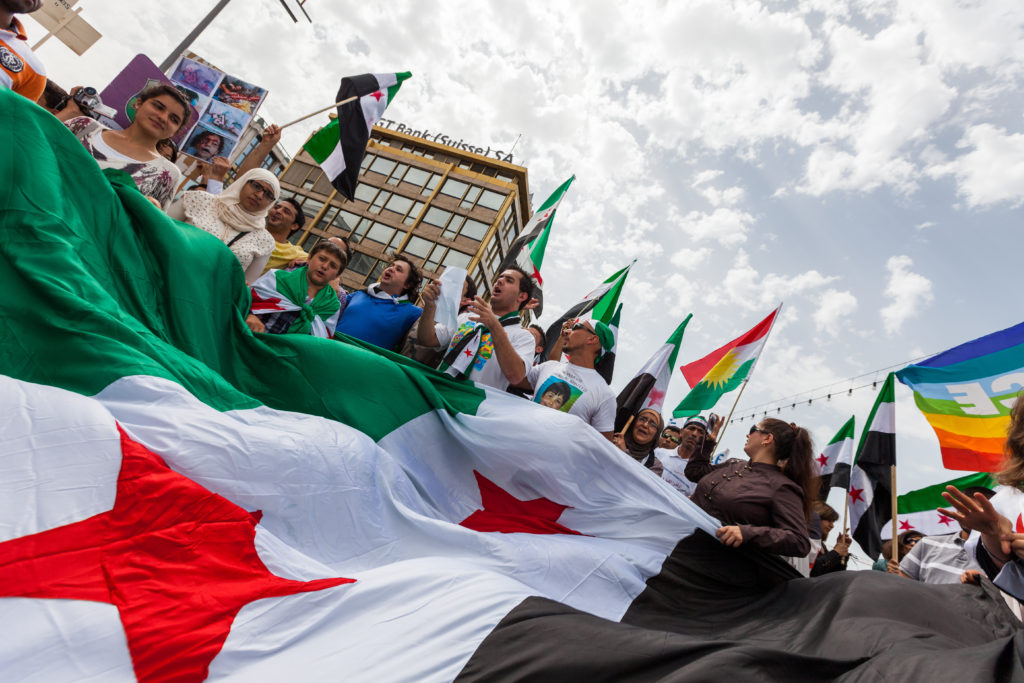 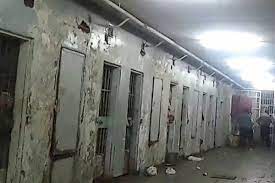 The Syrian secret service: A blackbox