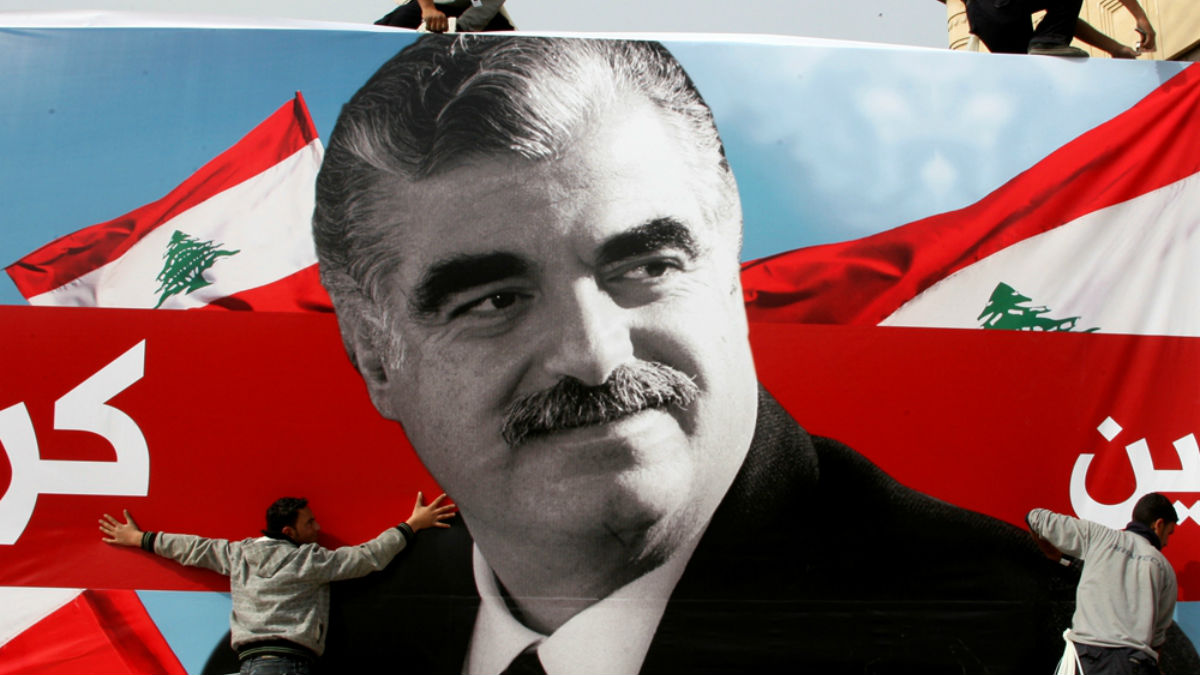 Even before the verdict, Hezbollah boss Hassan Nasrallah drew the line of defense. He expects “unjust judgments,” said the general secretary of the Lebanese, Iran-led Shiite militia. The judges’ verdicts are nevertheless irrelevant to him, so Nasrallah continues, because the four accused are innocent.

Above all, none of the accused will be present when the UN Special Tribunal for Lebanon in The Hague will announce its verdict this Tuesday, August 18. The four Lebanese Hezbollah members are charged with the murder of the former Prime Minister Rafik Hariri. Nasrallah had previously stated that “even in three hundred years” the UN would not get hold of the accused. He had also always resisted investigations into the attack in Beirut in 2005. The negotiations in The Hague therefore took place in the absence of the defendants. A fifth defendant, Mustafa Badreddin, was killed in Damascus on May 13, 2016, allegedly as a result of a conflict within Hezbollah.

The verdict was originally scheduled for August 7. After the devastating explosion in the port of Beirut three days earlier, the court, initiated by the United Nations, postponed the announcement. Thus, on Tuesday, proceedings will come to a conclusion about an attack that took place more than 15 years ago and caused great upheavals in Lebanon at the time. Mass protests and pressure from abroad meant that two months later Syria had to gradually withdraw from Lebanon, which the regime in Damascus had until then run like a vassal state, primarily through its secret services.

On February 14, 2005, a huge detonation in Beirut killed the former Prime Minister Hariri and 22 other people. The Syrian regime and Hezbollah were suspected of being behind the attack.

Two months after the attack, the UN Security Council set up an independent investigative commission. The management was entrusted to a German public prosecutor. But it would be almost nine years before the hearings of the UN Special Tribunal finally began in The Hague in January 2014.

The establishment of the tribunal had dragged on for years. Initially, Lebanon was not ready to investigate the attack. The UN Security Council therefore decided on May 30, 2007 with Resolution 1757 to set up an independent special tribunal. It was founded two years later. On January 16, 2011, the five judges began their work. On June 30, 2011, the indictment was published and the arrest warrants were issued, but with no consequences. Three years later, the hearing of witnesses finally began.

This was preceded by the work of the German Chief Public Prosecutor. In October and December 2005 he submitted two reports, where came to the conclusion that the attack was not possible “without the consent of senior Syrian security forces and without the knowledge of their partners in the Lebanese services”. On his recommendation, three Lebanese secret service generals and the chief of the presidential guard were arrested. However, they had to be released because of a questionable witness. When the German failed to question Assad personally and when the United Nations told him he had to continue his work outside of Lebanon because they could no longer guarantee his safety, he resigned in December 2005. A Belgian colleague was appointed his successor.

In April 2007, Assad warned UN Secretary General Ban Ki-moon that the establishment of an international tribunal would plunge Lebanon into a new civil war. This emerges from documents leaked to the French newspaper „Le Monde“, and it was interpreted as Assad’s admission that Hezbollah had carried out the attack. After that, however, the new UN prosecutor was accused of not pursuing his investigations energetically enough, given the tension in Lebanon. In January 2008, he succeeded Carla del Ponte as chief prosecutor of the International Criminal Tribunal for the Former Yugoslavia in The Hague.

In the trial against the five defendants, circumstantial evidence brought about the breakthrough that the young Lebanese police officer Wissam Eid gathered. Born in 1976, Eid studied computer science. While the UN judiciary was still working in Beirut, he had proposed that the metadata of all cell phone calls and text messages from October 2004, when Hariri resigned as Prime Minister, be systematically recorded in order to derive patterns. He identified 63 cell phone numbers that were related to each other and that were switched off immediately after the attack and never used again. Eid survived a first assassination attempt on September 5, 2006 and was killed in another on January 25, 2008.

However, his preliminary work enabled the UN investigators to identify five interrelated networks, one of which proved to be a planning and coordination center. It was under Mustafa Badreddin, one of the leaders of Hezbollah.

The investigators were able to understand the movements of the individual persons and also the hierarchy among them. So the orders of the planning group around Badreddin went to the leaders of the four other groups, and there again down the chain of command. There was no communication between these groups. One of the groups followed Hariri’s movements from October 20th. Another bought the pick-up in Tripoli that was used to carry out the attack. The members of the fourth group carried out the attack.

Shortly before the attack, Badreddin telephoned Imad Mughniyah, the military leader of Hezbollah, who was murdered three years later in Damascus and who Badreddin then took over. Of the 63 telephones used, five people could be identified by name.

Whatever the verdict, Hezbollah has already been compromised, and its reputation as an organization aiming to “oppose Israel” has been severely damaged. Nasrallah therefore describes the special tribunal as an “American-Israeli conspiracy”. The decisive factor now is how he will react to the judgments. In the past, Nasrallah had repeatedly withdrawn his ministers from the government in connection with the investigation, paralyzing Lebanon.