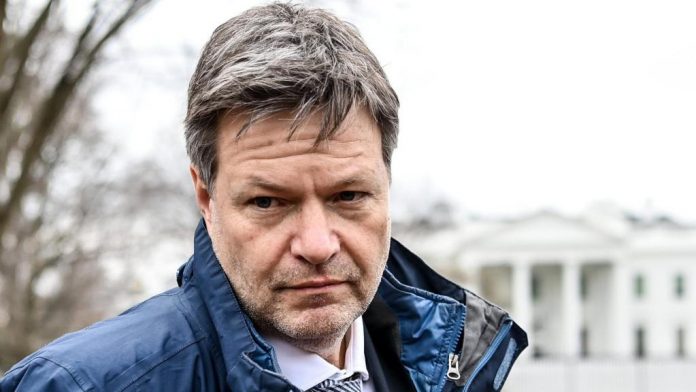 When the German Vice Chancellor Robert Habeck appeared last Sunday in Qatar’s capital Doha after his meeting with the Emir, he seemed satisfied. “It was firmly agreed to enter into a long-term energy partnership, a cooperation,” he reported. The German companies that accompanied him on his trip to the Persian Gulf are now entering into concrete contract negotiations. Habeck emphasized that this does not only apply to deliveries of liquefied natural gas (LNG) from Qatar to Germany. When it comes to the expansion of renewable energies, Germany can in turn support Qatar. He spoke of a “win-win situation”.

According to its administration, Germany should become independent of energy imports from Russia as quickly as possible. Since even with a rapid expansion of wind and solar energy, both private consumers and industry will still be dependent on gas for some time, the Green Vice Chancellor must organize new supplier countries for these fossil fuels. Qatar is the obvious choice: It is the second largest exporter of liquefied natural gas (LNG) in the world after Australia and intends to significantly increase its production capacities in the coming years.

But the country has also come under criticism for how it deals with migrant workers. The government has introduced reforms such as a minimum wage and non-working hours during the hot midday hours. However, human rights organizations consider these to be insufficient. Habeck was aware that his visit to Doha was not well received by everyone. It is unacceptable for people to live in poverty and be exploited, he said. He addressed this in all conversations. In his public statements, the minister said nothing regarding Doha’s financial and ideological support for the extremist Muslim Brotherhood.

Habeck did not comment on the details of the planned energy cooperation. However, concrete annual figures and delivery quantities have already been discussed, he said. The aim is that gas should also flow when the infrastructure for liquid gas is ready in Germany. He had previously calculated that the construction of an LNG terminal usually takes about five years. Two terminals are planned in Brunsbüttel and Wilhelmshaven.

Habeck also sees his trip to the Persian Gulf as a signal to Russia. “A large slice has now broken off,” he said, referring to the agreement with Qatar. To date, Germany has received around 55 percent of its gas supplies from Russia. Habeck wants to reduce this number to zero in the future. “We don’t want to replace all Russian gas with Qatari gas,” he said. Germany must position itself more broadly, the individual supplier countries should only have a share of between 10 and 20 percent in order to minimize the risk of default.

It is obvious that if gas supplies from Russia were to be stopped, be it because President Vladimir Putin wants it that way or because the EU imposes an embargo, the cooperation that has now been agreed would not help much. Most of Qatar’s LNG capacity is under long-term supply contracts, mainly to Asian countries. Leaving Qatar, Habeck then traveled on to the United Arab Emirates. In Abu Dhabi, the main focus was on cooperation in the field of hydrogen. There, he faced another political dystopia: Last week, the Syrian dictator Bashar al-Assad visited Abu Dhabi for the first time since the civil war began eleven years ago. As expected, there was little to read about the bloodshed in Syria in the official announcements, instead the two countries assured each other of good relations. So Habeck had to explain whether the German government really wants to move in this environment, seeking cooperation with countries that chat with mass murderers.

Answering a question on this topic, Habeck pauses even longer than usual between the sentences. “In my eyes, Assad is a criminal,” he says. And that he also makes this clear to his interlocutors. But he also says that Germany in particular should perhaps hold back a little from “always telling everyone else how to conduct foreign policy properly”.

Thw whole trip to the Gulf states is primarily about the future of German energy supply. Habeck has agreed with Abu Dhabi to set up a hydrogen supply chain all the way to Germany. The most important partner on the part of the Arabs: the state oil company ADNOC.

But above all the individual figures and projects there is always the fundamental question: If the Greens want to pursue a value-based foreign policy, shouldn’t that also apply to their foreign trade policy?

Former German Foreign Minister Sigmar Gabriel (SPD) joined the debate at the beginning of this week: “Qatar does not threaten anyone, does not finance any terrorist organization, but hosts Hamas and the Taliban at the request of the US in order to be able to negotiate with them in Doha,” he said. “Qatar is simply a reliable partner for the West.”