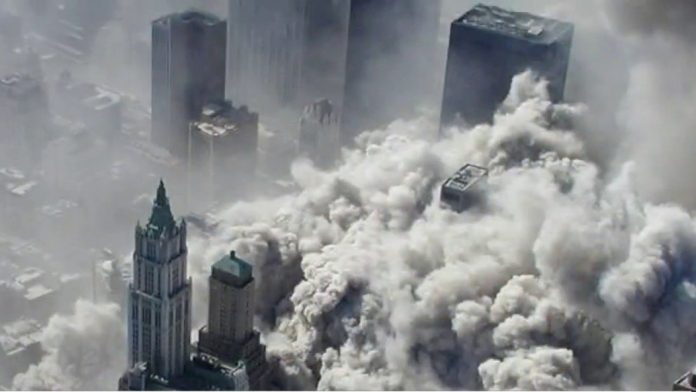 As if the twentieth anniversary of September 11th was not a cause for joy for Islamists and America-haters anyway, the dramatic failure in Afghanistan has once again increased the feeling of triumph. After all, everything was interrelated: 9/11, Osama bin Laden, the war in the Hindu Kush, the Taliban, Al-Qaeda. And now it looks as if America’s worst hour was followed, with a two-decade delay, by the worst foreign policy and military disgrace in the West.

The question is: will this also give a boost to global jihad again? Bin Laden has been dead for ten years, his successor has remained pale, and there have been no spectacular attacks in western metropolises for some time. But a look at the globe shows that the ideology of the holy war is very much alive. But it has changed since 2001: the jihad scene has diversified and changed its approaches in response to the fight against terrorism. Today, most jihadist actors focus on exploiting local instabilities and digging into gaps opened up by poor governance.

This is how the resurgence of the Taliban took place. Corruption, abuse of power and the cooperation of the Western powers with the old warlords prepared the ground for the propaganda of the Islamist insurgents that they could rule the country better than the “puppet government” in Kabul.

Islamists around the world have already hailed the change of power in Afghanistan – as a blow to the West and as a blueprint for their own ambitions. The Al-Qaeda leadership congratulated the Taliban on the “great victory” and wrote in a statement that it was the “prelude” to further successes for Muslims elsewhere and the end of “US-European arrogance”. A leading member of the Syrian jihad group Hai’at Tahrir al-Sham (Committee for the Liberation of the Levant) wrote a poem on the occasion of the invasion of Kabul. And Abu Maria al-Qahtani, another leader of the militant Islamists, called for an “Islamic axis” to be formed with the Taliban as well as Pakistan and Turkey.

The psychological effect of the Taliban’s victory cannot be overlooked and should not be underestimated. But how big will the consequences be? There are thousands of foreign fighters in the ranks of the Taliban. And many other jihadists, who were in Afghan prisons, were released in the wake of the Taliban’s conquests. They could all use their international networks better than before and thus strengthen the jihad ideology. Another question is whether Afghanistan will again be an organizational centre of global Islamist terrorism as it was twenty years ago. In their agreement with the US in February 2020, the Taliban pledged that they would no longer allow this to happen. However, most experts do not believe those promises. The ties to al-Qaeda members, who remained in Afghanistan, are still considered to be close, according to the assessment of the secret services.

At the same time, the terrorist organization there is weakened. Presumably there are only a few hundred al-Qaeda fighters left in Afghanistan. Aiman ​​al-Zawahiri, Osama bin Laden’s successor at the head of the jihadists, has not appeared for a long time. The Taliban will probably continue to grant the remaining al-Qaida members protection and a certain amount of room for maneuver – but presumably they will not provide active support for global acts of terrorism. The Taliban’s interest in international recognition is too great.

The “Islamic State”, on the other hand, which vies with Al-Qaida for leadership in global jihad, is at odds with the Taliban. They have vigorously fought the Afghan IS offshoot since it was founded in 2015, sometimes even with the support of the US military. The serious attack at Kabul airport at the end of August, which IS claimed for itself, was a loss of face for the Taliban – it exposed their promise to ensure safety on the streets of Kabul as empty words.

The group Tehreek-e-Taliban Pakistan (TTP) is most likely to receive solid support from Afghanistan. The so-called Pakistani Taliban carried out numerous terrorist attacks between 2007 and 2014 before the Pakistani military pushed them back. Recently, the jihadists have intensified their attacks again. They are loosely allied with the Afghan Taliban. The idea that the TTP has safe refuge areas on Afghan territory or is even supported by the Taliban is a nightmare for Islamabad. When the head of the powerful ISI secret service paid a visit to the Taliban leadership in Kabul at the beginning of September, one of the concerns was how to ensure that “terrorist organizations do not take advantage of the situation”. The Pakistani may have taken this opportunity to address the new rulers in Kabul about the fact that hundreds of imprisoned TTP members were also released when they marched into Kabul.

Afghanistan and Pakistan will therefore remain hotspots for jihadism. The other centers of Islamist terrorism are predominantly in civil war countries or otherwise unstable areas. Two major regions in particular are affected: on the one hand the Near and Middle East, primarily Syria, Iraq and Yemen. To the other, Africa. There are again three areas in which jihadists are particularly active: the western Sahel zone, the region around Lake Chad and Somalia and the surrounding countries. In recent years, however, terrorism has also reached Mozambique in the south of the continent. And parts of Southeast Asia are also still a source of unrest.

The pattern is usually the same. It is above all local problems and grievances that are exploited by terrorist groups. In addition to poor governance, there have recently been an increasing number of environmental problems caused by climate change. These intensify the struggle for resources such as water, fishing grounds or pasture land. The resulting conflicts often develop into ethnic-religious confrontations due to the social structures, for example when nomadic Muslim ranchers and settled Christian farmers compete for the same land in the Sahel region.

Propagandists of the Holy War exploit such constellations for their own purposes. While concentrating on local circumstances, they also use the symbols and brands provided by global jihadism. Numerous terrorist groups in Asia and Africa have joined Al-Qaeda over the years. Others have declared themselves loyal to IS and its caliph Abu Bakr al-Baghdadi. Usually this is done through an oath of loyalty, which is then disseminated publicly. Beyond the declared affiliation, such groups sometimes do not have much in common with the parent organization. Al-Qaeda’s “franchise system”, for example, has become very loose over the years, both organizationally and ideologically. This has meant that the once great goal, the fight against the “distant enemy” in US, is often no longer the focus.

However, this is not reassuring news for Western governments. Because in a globalized world, instability quickly affects other regions as well. In the international fight against terrorism, however, the West is also faced with a dilemma, as has now become very clear in Afghanistan. If it interferes in local conflicts, especially by means of a military presence, it may create or intensify the very circumstances which jihad propagandists then exploit for their own purposes. For example, when mosques preach against the fact that unbelievers rule the country or commit human rights violations. If, on the other hand, it pulls itself out of such conflicts, as happened in Afghanistan or as France is now partially striving to do in the Sahel zone, a security vacuum can quickly emerge.

One way or another, Islamist terrorism will not be able to be defeated quickly. The first few months of Joe Biden’s tenure as President reveal what conclusion he seems to be drawing from this: that the United States should concentrate on its narrower security interests and otherwise on the challenge posed by China. The fight against jihadism takes the form of targeted strikes, but no longer with a broad military presence. The problem is to be kept away from home. Instead of the “fight against terror” that George W. Bush proclaimed twenty years ago, the new doctrine is: Live with terrorism – as long as it doesn’t get too close.