The global arena is witnessing fierce competition about influence and hegemony between the United States as the sole global pole in various fields, and between the newly rising Chinese pole and specifically in the field of economic influence with the launch of the Beijing Belt and Road Initiative, the project to which China has allocated hundreds of billions of dollars in a way that enhances its influence and control in various Parts of the ancient world.

The Asian continent is considered the main area of influence and conflict between Beijing and Washington, in addition to a Russian presence in the Central Asian republics that were within the borders of the former Soviet Union, “the old rival of Washington.”

And with a long interruption for many years, the US administration appears to be in the process of restoring influence in Asia, specifically Central Asia, which is considered a main path to China’s new economic plans .. This is what it suggests and is reflected by the multiple visits of US Secretary of State Mike Pompeo to the Central Asian republics.

The French news agency, quoted by US Secretary of State Pompeo arrived in Uzbekistan on Sunday, in the last leg of his tour that included five countries in Central Asia aimed at reducing Chinese and Russian influence.

Prior to Pompeo’s visit to Uzbekistan, a previous visit to the vicinity of Tashkent, the republic rich in oil wealth “Kazakhstan”, during which he met with Kazakh officials, and urged them to join the American call to end China’s suppression of minorities in the troubled Xinjiang region inhabited by Uighurs and Muslim Kazakhs.

Washington is targeting those advocates, besieging China and its growing influence in those republics, as Pompeo said at a press conference with his Kazakh counterpart Mukhtar Telebirdi: “We simply ask them to provide safe haven and asylum to those seeking to flee China. During his visit to the capital, Nur Sultan, he met Kazakh citizens who said Members of their families are being held in Xinjiang, where the Chinese authorities are believed to be holding more than a million ethnic Uighurs, Kazakhs and other minorities as part of an unprecedented security crackdown in the region.

A critical study of Contemporary discourse of Delusive Islamists and how they went astray from the real message of Islam. This study investigates the crisis of this discourse and underlying reasons 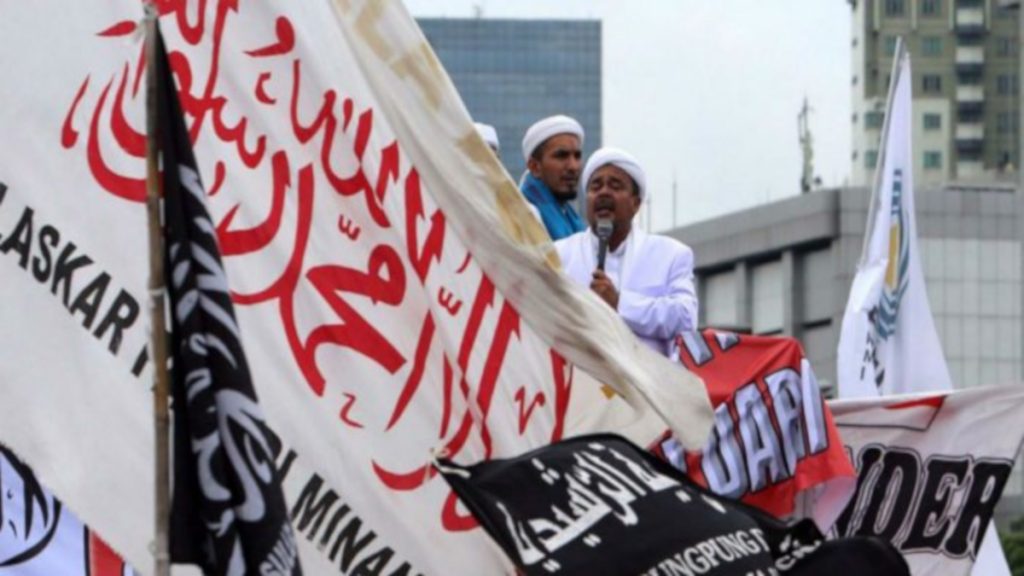 Pompeo met at the end of his visit to Kazakhstan, President Qasim Gomart, the former President (and the most powerful man in Kazakhstan) Nur Sultan Nazarbayev, then to start a visit to Tashkent, the capital of Uzbekistan, and there will be an expanded meeting with the foreign ministers of the five Soviet republics in Central Asia “Kazakhstan, Kyrgyzstan, Tajikistan, Turkmenistan and Uzbekistan”.

Pompeo’s remarks are clear from the American concern about Washington’s inability to keep pace with the growing Russian and Chinese influence in Central Asia, where Pompeo had previously stressed before his visit that the two Central Asian countries included in the tour “want sovereignty and independence. He said that Washington” has an important opportunity to help them achieve this. To return and confirm the presence of increased Russian-Chinese activity there, as Russia maintains military bases and leads security and commercial blocs that helped it consolidate its position there.

In the context of the new positioning policy that Washington is heading to in Asia, Pompeo also visited two former Soviet republics, Belarus and Ukraine, as part of a tour that began with a stop in Britain. The United States was one of the first countries to recognize Central Asian states that became independent after they split from the Soviet Union in 1991. At the height of the hostilities in Afghanistan, NATO and the United States established important logistical centers in the region, but they are now closed, as Washington has continuously worked from In order to maintain a foothold in countries in Central Asia.

On Saturday, US Secretary of State Mike Pompeo called for “real progress” in relations between the United States and Belarus during his meeting with President Alexander Lukashenko in Minsk. This is the first visit to Belarus, a close ally of Russia, by a US Secretary of State since 1994 when Bill Clinton visited that republic.

It can be summarized in the American policy in Central Asia that America’s goals in Central Asia have been one and consistent since the collapse of the Soviet Union, as it supported internal stability and regional cooperation to ensure that these republics moved away from the Russian astronomy, as well as – intermittently – supported reform and the pursuit of democracy, in order to Ensuring the sovereignty and independence of Central Asian states in a complex geopolitical environment. As the war in Afghanistan recedes, Washington seeks to achieve these same goals, but while working to promote regional economic development by promoting a new silk road project that rivals Chinese plans.

Thus, it faces two major regional powers: China and Russia, which seek to achieve “Eurasian integration” according to its own plans and partial cooperation between them, because of the tension in their relations with America.