The postmodern world has not had such a rapidly increased loss of the human spirit that is being caused by Corona epidemic since the Second World War! The virus that got all fields of contemporary life into a battle with an unknown enemy. The accelerated spread of the Corona virus threatening human life directly and its political, economic and social repercussions, have brought the world as a whole into a stage of Unprecedented existential turmoil. This turmoil has come changing the policies of human society and bringing the superiority of the human race into question. As a result, rationality has been absent, contradictions and tensions have been reinforced. For that, all ideas, metaphysical conceptions, human violence have been affected to the extent that the turmoil has its mark on all aspects of life!

The element of surprise emerging from concealing information and obscuring the beginning of the spread of Corona has weakened the ability to anticipate the virus’s spread progress, the number of injuries and the repercussions. The uncertainty over the management and control of the pandemic has soared, especially that the prior preparation on the part of states and governments has been discerned to be shallow, incapable of bearing a natural, yet uncontrolled epidemiological shock. The global urgency for research and confining the effects and results accompanying the spread of the virus have been announced as one of the main economic and political determinants and priorities.  The priority was to absorb the current shock and review the subsequent monetary policies.

The concern has turned towards managing the crisis by putting in two strategies. First, soft contain in the long term which is applied through sanitary isolation and disrupting life movement in order to relieve the great pressure on the health system and to control the aggravated outbreak of the virus. Second, prompting the so-called “herd immunity” and letting things take their course within the limits of injuries so that collective immunity is formed. Both of these methods are based on historical experiences.

However, these experiences have not repelled the fear from coming back. All epidemics throughout history were accompanied by different responses and behaviors that left their psychological and social effects on the generations that managed to survive. For example, the plague or the “Black Death” had its rich archive in literary works and the memory of European society. It is one of the “experiences” that impose radical changes in the daily lifestyle of any society along with uncertainty and the collective fear of the unknown. Moreover, there are many repercussions, such as returning to folk medicine, the value system and patterns of religiosity, as well as distrusting governments and cementing the conspiracy theory. The most serious repercussions are manifested in:

Since the beginning of formating “industrial” Western societies, the accompanying variables in terms of “traditional” social structures and the influx of citizens of poor countries in search of a better life, a fertile ground has been found for emerging populist currents such as nationalist right-wing and fascist movements. These movements believe that they have the solution to protect citizens from the harm of markets and foreigners. Nevertheless, it established various social and economic problems exacerbated with the depression period.

Despite the different policies, stability and the democratic path, populist ideas are still accepted, due to a number of indicators and weak links; On which the extreme right relies in its activity. The Corona pandemic was a factor in its expansion and sounded the alarm bell towards it. Of which:

The demographic status and the aging of societies: Since the beginning of the spread of Corona, the risks of death have tended towards the elderly and those with chronic diseases; both of which are characteristic of European societies. The possibility of death due to the Corona virus, which rises among the elderly, was dealt with by having immigrants with large and young families. The theory of the “Great Replacement”, which considers that white European peoples are regularly replaced by immigrants from outside the continent has been solidified. This theory is considered part of the Europeans’ faith that they use to mobilize and extend, according to the study prepared by the Counter-Extremism Project, which included Germany, France, Britain, the United States, Sweden and Finland.  In addition, the rise of a new far-right movement as of 2014, “leaderless, cross-border predicts the end of the world and tends to be violent” movement is building cross-border networks, especially from Russians and extremists from Eastern European countries.

Economic factors and immigrants: The economic crises experienced by European countries were part of the crises exploited by the right. European countries, which differ in economic, social and political conditions, and share in the challenge of economic stagnation, have witnessed a decline in growth since the seventies, which Richer Sharma identifies in his book “The Rise and Fall of Nations” for a single reason, which is demography. Most Western countries suffer from low fertility rates and high retirement rates, and the ability to work is compensated by bringing in expatriates from different places and exotic cultures, which constitutes the most disturbing thing. Because of it, people do not only deal with abstract things and matters, but rather deal face to face with the other who is different in appearance and language, regardless of his general integration into society, and this issue generates fear, racism and hatred for foreigners. This situation was exploited by some in promoting the term “Chronophobia” to create a state of fear of Asian people, not just the Chinese, and in the revival of anti-Semitic theory in Germany for example; in some demonstrations, accusations were made against the Jewish elites of industrially manufacturing the virus

This made extremism become the number one security threat in some European countries, such as Germany, after it witnessed during the past two years many racist and anti-Semitic attacks .As well as Austria, where protests in Austrian cities are a cause for concern due to the country’s past in the Nazi period. Clashes between protesters and police forces have been repeated every weekend since April 2020. Crises cause the growth of extremism, as World War I led to the division of the planet into two camps, and World War II led to the crystallization of imperialism, while Corona showed a new type of individual imperialism and the spread of the concept of selective hospitalization/political medicine.

But fear and violence are not limited to this unstable socio-political aspect, but extend to the primary structures in societies to appear in:

The corona epidemic mechanism has been a critical factor in increasing fears and suspicions in others that they are a source of the epidemic, and has made a person wary of his family, to live with the risk of death, and the psychological tension it generates that is reflected on others in different ways. The situation of “mandatory detention” and job losses to prevent the spread of the epidemic added many consequences, as individuals lost regularity and integration into a social context that represented them. Despite the role played by social media as a communicative alternative or to conducting some work, it was not without family risks and clashes, which were represented by violence against women.

Violence against women is the “shadow pandemic” that has not yet been treated, and one of the weak links in society at the global level that the corona has penetrated. Before the pandemic, domestic violence was and still is the hidden face of terrorism inside homes and private spaces in which violence is practiced without controls and for various reasons, as one in three women suffered from physical or sexual violence primarily from an intimate partner. There were 243 million girls and women between the ages of 15 and 49 who experienced sexual (and-or) physical violence from an intimate partner in 2019.

The world has not witnessed the accelerated death counter caused by Corona since the Second World War II, in which death was the result of violence. Today, in the face of the death counter, has led to the spread of various behaviors that have made violence available and need no justification for its practice. Governments have been forced to reduce the quarantine with disastrous consequences, leading to successive waves of the epidemic and a long time may pass; until the horror of the catastrophe is absorbed and ratings are produced, it can be said that the world will not be like before. 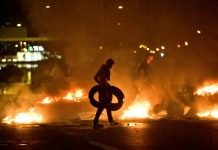 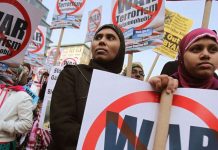 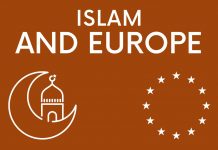 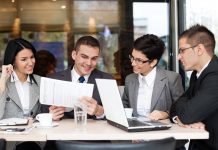 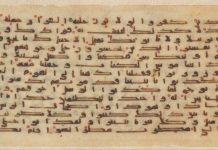