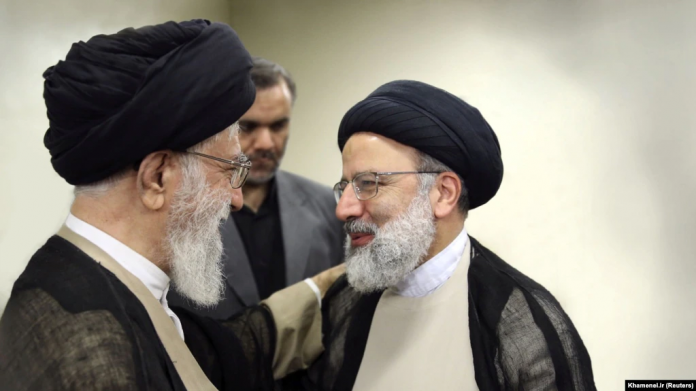 There is wild speculation about who the newly elected Iranian President Ebrahim Raisi will be appointed to his cabinet. It’s not uncommon when a new government comes into office, but this time the tone and mood are different than usual. Many see Raisi’s election victory as a beginning of dark times. Raisi is an apparatchik who has loyally served the Islamic Republic for decades, knowing very little about his political intentions. Perhaps that is why the Iranian people hope to be able to better assess the man and his intended political course when they look at his companions and future ministers.

Raisi is no doubt well connected. Politically, he can be assigned to the conservative camp in Iranian politics. As a public prosecutor in the 1980s, he was a member of the committees that sentenced thousands of prisoners to death in the wake of the power struggle after the revolution. Thus it stands for one of the darkest chapters in Iranian history, which has shaped the political elite accordingly. He is also married to the daughter of Ayatollah Ahmad Alamolhoda, the imam and Friday preacher of Mashhad and Deputy Supreme Leader in Khorasan Province. In 2016, Raisi was appointed chairman of the influential and financially strong Astan Qods Razavi Foundation in Mashhad, which has grown into something of a conglomerate over the past decade. Both this appointment and the move to the head of the judiciary in 2019 were at the behest of the Supreme Leader.

Raisi has an impeccable conservative background. The only problem is: In Iran there is neither a consensus on what constitutes conservative politics, nor are there any binding forces within the conservative camp. It is true that the conservatives agree that they have to fight the reformers and remain loyal to the cultural and religious principles of the revolution. But there is disagreement on many other points. In the parliament, which is dominated by the conservatives, and in the scramble for the office of Tehran mayor, the power games are already clearly visible.

Raisi’s shared responsibility for the 1988 executions will make it difficult for him to negotiate with the West. Against this background, the question of who Raisi makes foreign minister and thus his most important mediator with the outside world is particularly significant. Even if the choice will certainly fall on someone who is even more skeptical or even more hostile towards the EU and the US, it will depend on his diplomatic skills and his ability to engage in dialogue. If, for precisely this reason, Raisi chooses someone who prefers revolutionary rhetoric, then not only the difficult topics of conversation but the conversation itself will become a problem.

The Iranian economy suffers from corruption and the harsh sanctions imposed under the Trump administration. The Biden administration maintains these sanctions and uses them as leverage to return to the nuclear deal with Iran and to wrest new concessions from the country. However, this tactic has proven to be a strategic mistake, as neither party has made any progress: neither Iran with its nuclear deal compliance nor the United States with its re-entry. Whatever opportunities may have presented in the last six months of Rouhani’s tenure, the Biden government wasted them. Now it will have to deal with a conservative president who has no experience in foreign policy, but can rely on a narrative that was written by conservatives of various stripes and that contains a lot of revolutionary independence and self-sufficiency and few concrete and realistic ideas.

After the experience with Trump, it is perfectly understandable if one is pessimistic about the prospects for a lasting agreement with Washington and the value of such an agreement. But the pessimists make it too easy for themselves. The only alternative so far is simply to hope that Russia and China will step in and put Iran in its place. The importance of Iran for these countries is grossly overestimated. This may be well received by some groups of voters in Iran and in any case fits the Supreme Leader’s basic attitude towards the relationship with the West, but it is not politically practicable.

The Conservatives have never trusted the US and their distrust has been confirmed by Trump. A painful compromise with the US would require that this mistrust be overcome within its own ranks and that the US prove to be trustworthy. Conversely, there are no indications that the Biden administration is rethinking its ideas about how to deal with Iran. Nor does it have the political mandate to ensure that the assurances it has made can be relied on. Even if the US were to revert to the agreement, it is unlikely that the Biden administration will be able to induce Congress to lift the sanctions that Washington would be obliged to do under the agreement. That is a crucial point. Because regardless of the ideological hostility of the Iranian conservatives, there are questions of national interest and security that cannot be negotiated away.

However, Raisi needs to get the Iranian economy back on its feet. He will therefore continue to fall back on the “Vision 2025” strategy adopted in 2005 and strengthen economic relations with non-western countries, especially with neighbors. This can help the Iranian economy to stay afloat. But prosperity can only be achieved with an infrastructure that does not depend on the US. But such an infrastructure is not yet developed enough. Therefore, Raisi has a choice: Either he concludes an ideological compromise in the form of some kind of agreement with the US and in order to stimulate the economy, or he can take the compromise solution and rely on the economy to recover enough to keep the country afloat.