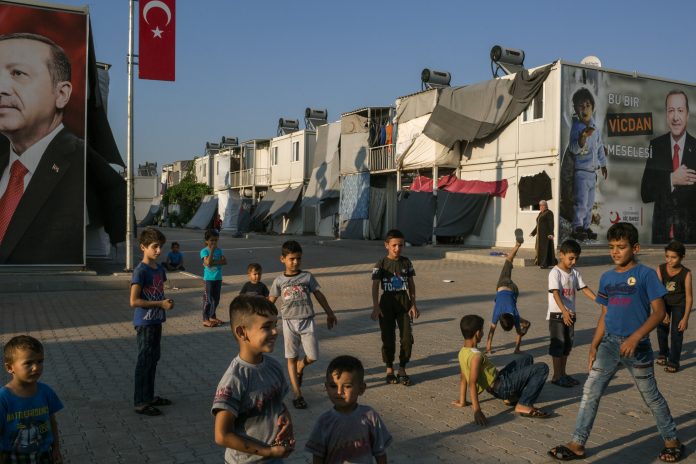 Xenophobia is a worldwide phenomenon, but the way the mayor of the Turkish city Bolu rides the racist wave makes the man something very special. He has just passed a new regulation in the council of his city and province that “foreigners”, i.e. refugees, should pay higher taxes than locals. In the future, foreigners will have to put ten times as much on the table in the city of Bolu and in the province for water and other municipal fees. That fits the credo of the populist mayor: “Some will speak of human rights and call me a fascist. But I don’t care. I speak for the people. The refugees will disappear as they came.”

Not even the – possibly even half-hearted – protests from his own party, the social-democratic-nationalist CHP, could curb its mayor. And when the council voted, the local CHP representatives also approved his proposal. The opposition – in Bolu this is the AKP under President Recep Tayyip Erdoğan – was not even allowed to have a say in the voting debate: “Be quiet!”

Now Bolu, a small town in the western Anatolian province of the same name, is not the heart of Turkey. But the xenophobic mayor is actually just saying out loud what many Turks think in view of the ongoing economic crisis, rising inflation, currency collapse and the social consequences of the corona epidemic and what they are now saying: There are too many refugees in the country.

In its populist abbreviation, it sounds like a tempting topic for the opposition around the CHP. The growing xenophobia also means criticism of President Erdoğan. Its opponents need a catchy topic. Because the strong man who has ruled for almost 20 years with his self-made mix of Islamist and nationalist politics has so far been surprisingly little able to oppose his opponents.

In view of the growing xenophobia in Turkey, this could be different in an uncomfortable way. In the eyes of his critics, Erdoğan literally fueled the influx of migrants from the Syrian civil war through his politics. In 2011, he openly sided with the insurgents in the neighboring country. He had supplied arms to Islamist rebel groups and later intervened militarily in the conflict with campaigns by the Turkish army in the Turkish-Syrian border area and the establishment of “security zones”. In addition, he had kept the border open for the “Syrian brothers and sisters” for a long time.

More than 3.5 million civil war refugees from neighboring Syria are now living in Turkey. In addition, it is estimated that there are half a million Afghans and up to one and a half million other illegal immigrants and seasonal workers from other countries.

Most Syrians in particular have integrated comparatively well and have found work – often underpaid – in Turkey, but they have become an inexpensive economic factor for entrepreneurs. They are also better protected than other migrants by the refugee agreement with the European Union. But recently, the Turks’ tolerance has been waning. Because of the economic crisis and the corona pandemic, many Turks can hardly survive economically. According to the World Bank, ten of the 85 million Turks are living in absolute poverty.

And now the number of Afghan migrants and war refugees has risen dramatically in the last few weeks and months. The surprisingly quick withdrawal of US and NATO troops and the Taliban’s rapid land gains are driving the people out of their homeland. In the meantime, between 500 and 2000 people are said to come to Turkey every day. Most of them illegally cross the Iranian-Turkish border in the east.

The initial sympathy for the Syrians slowly turns into open rejection. Many Turks say the Syrians are taking away jobs and housing. In cities like Istanbul, Syrian refugees and their children are now part of the cityscape, wandering the streets begging and searching the rubbish for something to eat.

The renewed influx of Afghans is already being discussed more in the media and by the opposition. The Turkish side therefore reacted irritably to reports that Washington only wants to bring those Afghans who had worked for the US armed forces to the United States via third countries. Visas for moving to the US would therefore not be issued directly, but only after a stopover of at least one year in third countries: This is how long the US authorities apparently need to process visa requests from those affected and their families. In addition, the ex-employees of the armed forces should come to the third country on their own. For Afghans, Turkey is an obvious choice.

In reality, this means that most of them will flee across the green border. A State Department spokeswoman in Ankara called the proposed US procedure “irresponsible” because it would fuel the refugee crisis: “It is unacceptable to take Turkey into such solutions without Turkish approval.” Turkey is already hosting the highest number of refugees in the world and “does not have the capacity to absorb a new wave of refugees, even for the benefit of a third country”.

There are reasons for this irritation: The government knows that the issue of Afghanistan could become a problem for Erdoğan. At the request of US President Joe Biden, Ankara will soon take responsibility for Kabul Airport. Erdoğan has already made a more or less binding commitment. In this way he is trying to make up ground in Washington that he has lost through his flirtation with Russia and his militarized foreign policy in the Middle East and the eastern Mediterranean.

Biden believes that once the US soldiers have withdrawn, Washington can keep the abandoned Afghan government alive if the airport remains open to military, economic and humanitarian aid. But with the Taliban takeover, the more Turkey could be held responsible for new flows of refugees.

If things go really bad for Erdoğan with his political project at Kabul Airport, the domestic opposition could at some point blame him for two things: dying Turkish soldiers in Afghanistan and huge streams of refugees from the country in the Hindu Kush.